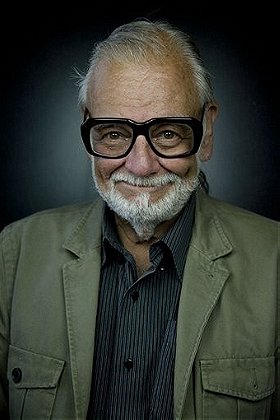 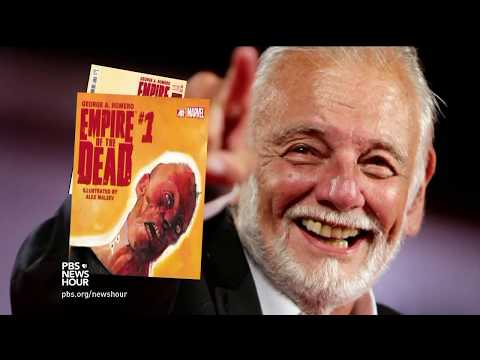 Remembering George Romero, 77, filmmaker who brought the undead to life 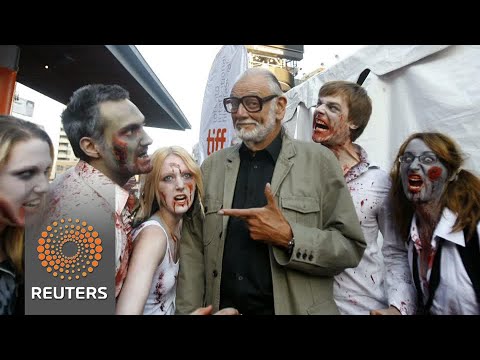 George A. Romero, father of zombie movies, dies at 77

View all George A. Romero videos

After graduation he began shooting mostly short films and commercials. He and his friends formed Image Ten Productions in the late 1960s and they all chipped in roughly $10,000 apiece to produce what became one of the most celebrated American horror films of all time: Night of the Living Dead (1968). Shot in black-and-white on a budget of just over $100,000, Romero's vision, combined with a solid script written by him and his "Image" co-founder John A. Russo (along with what was then considered an excess of gore), enabled the film to earn back far more than what it cost; it became a cult classic by the early 1970s and was inducted into the National Film Registry of the Library of Congress of the United States in 1999. Romero's next films were a little more low-key but less successful, including There's Always Vanilla (1971), The Crazies (1973), Season of the Witch (1972) (where he met future wife Christine Forrest) and Martin (1977). Though not as acclaimed as "Night of the Living Dead" or some of his later work, these films had his signature social commentary while dealing with issues--usually horror-related--at the microscopic level. Like almost all of his films, they were shot in, or around, Romero's favorite city of Pittsburgh.

In 1978 he returned to the zombie genre with the one film of his that would top the success of "Night of the Living Dead"--Dawn of the Dead (1978). He managed to divorce the franchise from Image Ten, which screwed up the copyright on the original and allowed the film to enter into public domain, with the result that Romero and his original investors were not entitled to any profits from the film's video releases. Shot in the Monroeville (PA) Mall during late-night hours, the film told the tale of four people who escape a zombie outbreak and lock themselves up inside what they think is paradise before the solitude makes them victims of their own, and a biker gang's, greed. Made on a budget of just $1.5 million, the film earned over $40 million worldwide and was named one of the top cult films by Entertainment Weekly magazine in 2003. It also marked Romero's first work with brilliant make-up and effects artist Tom Savini. After 1978, Romero and Savini teamed up many times. The success of "Dawn of the Dead" led to bigger budgets and better casts for the filmmaker. First was Knightriders (1981), where he first worked with an up-and-coming Ed Harris. Then came perhaps his most Hollywood-like film, Creepshow (1982), which marked the first--but not the last--time Romero adapted a work by famed horror novelist Stephen King. With many major stars and big-studio distribution, it was a moderate success and spawned a sequel, which was also written by Romero.

The decline of Romero's career came in the late 1980s. His last widely-released film was the next "Dead" film, Day of the Dead (1985). Derided by critics, it did not take in much at the box office, either. His latest two efforts were The Dark Half (1993) (another Stephen King adaptation) and Bruiser (2000). Even the Romero-penned/Tom Savini-directed remake of Romero's first film, Night of the Living Dead (1990), was a box-office failure. Pigeon-holed solely as a horror director and with his latest films no longer achieving the success of his earlier "Dead" films, Romero has not worked much since, much to the chagrin of his following. In 2005, 19 years after "Day of the Dead", with major-studio distribution he returned to his most famous series and horror sub-genre it created with Land of the Dead (2005), a further exploration of the destruction of modern society by the undead, that received generally positive reviews. He directed two more "Dead" films, Diary of the Dead (2007) and Survival of the Dead (2009).

4. Dario Argento: An Eye for Horror

1. Night of the Living Dead

3. Night of the Living Dead

4. Dawn Of The Dead
View all George A. Romero books

crazymetalhead added this to a list 10 months, 1 week ago
My favorite celebrities (261 person items)

indianastar added this to a list 2 years, 2 months ago

"Met at a signing at Comic-Con"

kathy voted for an image 3 years ago

Movie Maniac added this to a list 3 years, 6 months ago
My Favorite Directors (20 person items)

Oliver voted for an image 5 years ago

Queen of Horror added this to a list 5 years ago

Remembering George Romero, 77, filmmaker who brought the undead to life

George A. Romero, father of zombie movies, dies at 77

ercer added this to a list 5 years, 4 months ago
Rest in Peace (441 person items)

hulkargh posted a comment on this image 5 years, 4 months ago

BAMF added this to a list 5 years, 4 months ago
George A. Romero: Master of Zombies (15 movies items)

BAMF voted for an image 5 years, 4 months ago

Georgini added this to a list 5 years, 10 months ago

hulkargh added this to a list 6 years, 3 months ago
Best Directors (33 person items)