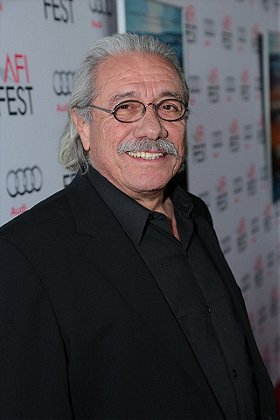 134 votes
"Words And Ideas Can Change The World" (103 items)
list by Villiana
Published 9 years, 7 months ago

73 votes
Celebrities I have Seen, Met or Befriended (158 items)
list by Stehako
Published 12 years, 1 month ago 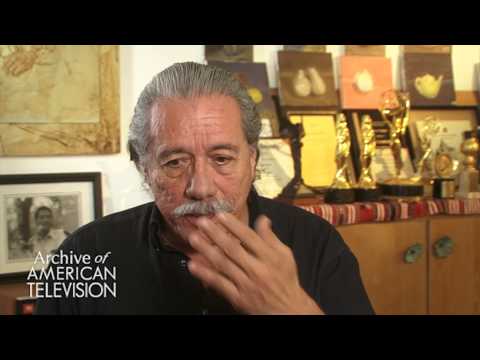 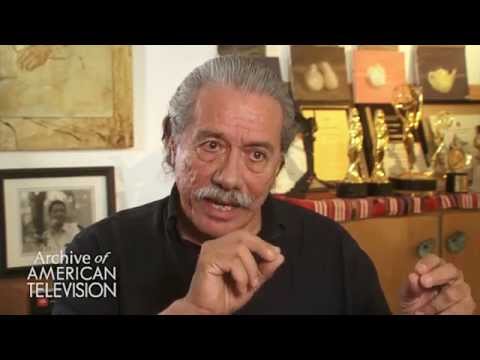 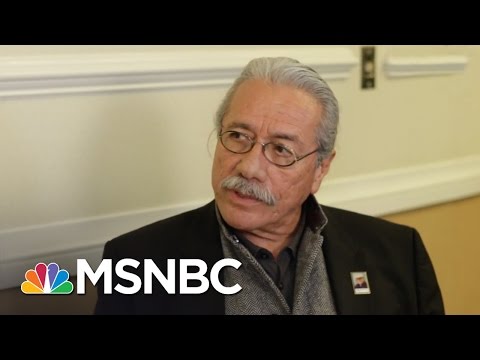 Perhaps best known for his role as Lt. Martin Castillo in the NBC television series "Miami Vice" (1984) (1984-1989), Olmos has been seen in numerous film and television productions. He received an Academy Award nomination for Best Actor for his starring role in Stand and Deliver (1988). Most notable of his recent offerings is American Me (1992), which was also his directing debut. But acting, directing and screenwriting are only parts of what he does. Olmos contends he would much rather be known as an activist than an actor. He devotes much of his time to causes, particularly those focusing on the needs and rights of children. He makes, on average, some 150 personal appearances a year to places where he can reach kids at risk; juvenile halls, detention centers, boys/girls clubs, schools. Anywhere he can get across his message that "we all have a choice" about where life takes us.

Olmos stresses the importance of education, the risks of gang life and tries to promote the notion of taking responsibility for one's own actions and one's own happiness in life. Using his own "disadvantaged background" as an example (he grew up in East Los Angeles, infamous for its gang problems), he tells the kids, "If I can do it, so can you". And he tries to point them in a positive direction. He has served as an ambassador for UNICEF and has received numerous accolades for his activism. He will long be remembered for getting out in the thick of the Los Angeles Riots of 1992 with his broom: one calm, reasonable presence in the midst of chaos and gunfire. Edward James Olmos was married to actress Lorraine Bracco. Between them they have 6 children, ages 10 - 25.

Drove a red Porsche Turbo, which he bought in Miami at a sale of articles confiscated in drug-busts. "He got 30 years. I got the car!". But soon afterwards the Porsche was stolen.

Sentenced to 20 days in prison for trespassing in April 2000 on United States Navy land on the Puerto Rican island of Vieques. Olmos and others were protesting the use of the island as a bombing test ground. President George W. Bush promised to end the testing in 2003. [10 August 2001]

Was considered for the part of Klingon Commander Kruge in Star Trek III: The Search for Spock (1984), but lost the role to Christopher Lloyd because Lloyd was taller.

Father, with Kaija Keel, of Mico Olmos and Bodie Olmos.

Gained twenty pounds and thinned his hair to prepare for the role of Jaime Escalante in Stand and Deliver (1988).

Was nominated for Broadway's 1979 Tony Award as Best Actor (Featured Role - Play) for "Zoot Suit", a part he recreated in the film version of the same name, Zoot Suit (1981).

Says that he is Aztec and Spanish ancestry.

Declined an offer from director Michael Mann to reprise the role of Lt. Martin Castillo in the movie version of Miami Vice (2006). He was the only cast member from the original "Miami Vice" (1984) series who was approached to appear in the rebooted movie version of the series.

He graduated from Montebello High School in Montebello, California.

Was auctioned off for charity (lunch at the famed Polo Lounge in Beverly Hills) and "purchased" by Vicki Roberts.

Agreed to the role of William Adama on the "Battlestar Galactica" (2004) remake only on the condition that the stories reflect as much realism and credibility as possible.

Graduated from California State University Los Angeles (Cal State L.A.) which is located in the northern part of his hometown of East Los Angeles.

Was offered the role of Jean-Luc Picard in "Star Trek: The Next Generation" (1987). He would have been contractually obligated to work exclusively on the series, and not do any other projects while under contract. Olmos wanted the flexibility to be able to work on multiple projects, and declined the role on that basis. Patrick Stewart was eventually cast in the role.

4. Raul Julia: The World's a Stage

Totoro added this to a list 3 months, 2 weeks ago

Totoro added this to a list 4 months, 3 weeks ago

darthjoker12 added this to a list 5 years, 7 months ago 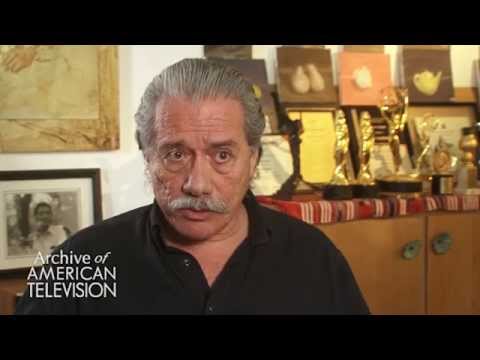