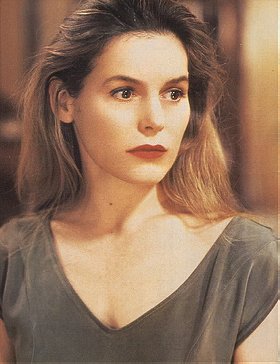 6 votes
My Favorite Celebrities in their 60s (82 items)
list by rose77
Published 2 years, 3 months ago

While studying, she joined the drama class, where she discovered she wanted to act and so went to The Central School of Speech and Drama. She made her acting debut in the television movie A Tale of Two Cities in 1980, which was followed by roles in the popular British film Chariots of Fire and Ghost Story. She played Bathsheba in King David and Mary in Haunted Summer. In the eighth Star Trek movie: Star Trek: First Contact she plays the Borg Queen, on a mission to assimilate earth into the Borg collective.

"Eir• Eir is an Asgardian maiden and talented physician.• When Frigga discovered that Loki was alive after falling into the Yggdrasil itself, and that he intended to conquer Earth, Odin sent Thor using dark energy to retrieve Loki, since the Bifrost Bridge was destroyed. However, that process left Odin in a very weakened state, and he was put under Eir's care.• When Jane Foster became infected by a primordial force known as the Aether, she was brought to Asgard for treatment. Eir was then c"

PulpRoman voted for an image 1 year ago

hulkargh voted for 6 images [View All] 1 year, 5 months ago

rose77 added this to a list 2 years, 3 months ago
My Favorite Celebrities in their 60s (82 person items)

dvirgueza voted for an image 3 years, 11 months ago

coffee-boy voted for 8 images [View All] 5 years, 2 months ago