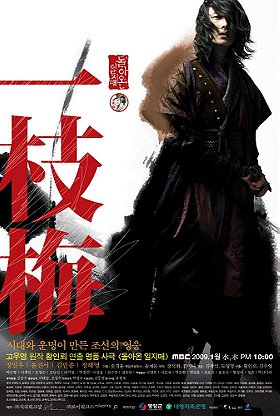 Iljimae was adopted by a family who lived in the Qing Kingdom. After tracing his roots back to Korea, his father rejects him once more. With a heavy heart, he returns to his native land and unleashes his anger upon the ruling class to fight injustice and tyranny for the sake of the commoners. Wherever he appears to uphold justice, he leaves behind a single branch of an apricot tree...

sidnerellachic added this to wanted list 3 years, 12 months ago

Ireum added this to have watched list 5 years, 10 months ago