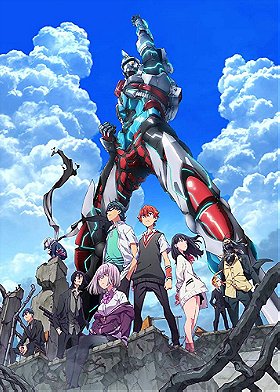 narrador nuevo added this to wanted list 2 years, 7 months ago

Fernando Leonel Alba added this to a list 2 years, 8 months ago

"In 2017 Trigger announced that they were working on three different anime soon to come out, one was the most disappointing Darling in the FranXX, another was the upcoming Promare, and the third one was this show, also very disappointing. It has a lot of similarities with Darling in the FranXX, it's about giant robots fighting giant robot-like monsters and then aliens appear behind the scenes to make things even more complicated, there's an eccentric girl and an amnesiac boy as the center of the "

Star Alchemist added this to have watched list 2 years, 8 months ago