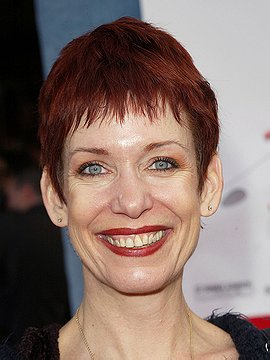 1 vote
View all Susanne Blakeslee pictures
Susanne Ann Blakeslee (born January 27, 1956) is an American voice actress and musical theatre actress. Among her notable roles are the voices of Timmy Turner's fairy godmother Wanda, Anti-Wanda and his mother Mrs. Turner on Nickelodeon's The Fairly OddParents; and as the voice of Maleficent in the Kingdom Hearts video game series and Disney media. She also does voices of Lady Tremaine, Queen Grimhilde, Cruella de Vil, and Madame Leota in Disney direct-to-video sequels, theme parks and merchandise. In 2012, Blakeslee won an Ovation Award for Lead Actress in a Musical for Forbidden Broadway Greatest Hits, Volume 2.
My tags:

3. The Grim Adventures of Billy and Mandy

4. My Life as a Zucchini

2. My Life as a Zucchini