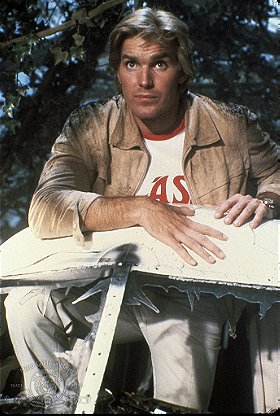 1 vote
View all Sam J. Jones pictures
Actor Sam J. Jones was born in Chicago, Illinois but grew up in Sacramento, California. He was educated at Mira Loma High School in Sacramento and went on to serve as a United States Marine. Jones made his screen debut in Blake Edwards' comedy film 10, la mujer perfecta (1979). In 1980, he was cast in the iconic role of Flash Gordon in the cult classic of the same name, Flash Gordon (1980). A solid acting career in mostly television roles followed. Jones came back to moviegoers attention, making a cameo as a version of himself in the comedy film Ted (2012).
Tags: American (1), Actor (1), Born 1954 (1), Flash! (1)
My tags:

Leo added this to a list 2 years, 12 months ago
LeBeau's What the Hell Happened? (118 person items)