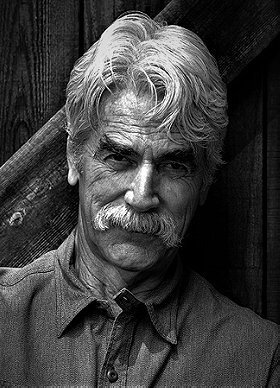 100 votes
Around the U.S.A. with Listal's members (43 items)
list by johanlefourbe
Published 10 years, 4 months ago

72 votes
Celebrities I have Seen, Met or Befriended (158 items)
list by Stehako
Published 11 years, 5 months ago

In 1970-71, Sam Elliott starred as Doug Robert in the hit TV series Mission: Impossible, and played the lead character Sam Damon in Once an Eagle, an NBC miniseries during the 1976-77 season. He also had the starring role as Rick Carlson in the summer sleeper, Lifeguard (1976). In 1979, he played the oldest brother in the made-for-TV miniseries The Sacketts, also starring Tom Selleck, Ben Johnson, Slim Pickens, Glenn Ford, Ruth Roman, Mercedes McCambridge, Jack Elam, and Gilbert Roland, among others. He later played a wife killer in the miniseries Murder in Texas (1981) and A Death in California (1985). Elliott's breakthrough came with his supporting role in Mask (1985) when he co-starred with Cher. He has made guest appearances on shows such as Felony Squad, Gunsmoke, Lancer and Hawaii Five-O and has been featured in many TV movies, including "Prancer" (1989) and Buffalo Girls (1995) in which he played Wild Bill Hickok. He has also starred in Road House (1989) with Patrick Swayze and played Virgil Earp in Tombstone (1993), which starred Kurt Russell and Val Kilmer. In 1998, Elliot was named the grand marshal of the Calgary Stampede parade and rode in the procession before 300,000 spectators.

Elliott co-starred in We Were Soldiers, which is based on the book We Were Soldiers Once… And Young, portraying Sgt. Maj. Basil L. Plumley. He also played General John Buford in the 1993 film Gettysburg.

Elliott played "The Stranger", a character narrating the story of The Big Lebowski (1998). In 2005 he appeared in Thank You For Smoking where he played a former Marlboro Man advertisement cowboy who has developed lung-cancer. Elliot joined Nicolas Cage in 2007 in the popular Ghost Rider, and stood out in another film the same year, in The Golden Compass as a key character, Lee Scoresby. In 2009, Elliott had a small role in Up In The Air in which he portrayed the Captain of an American Airlines jet.

Elliott has performed voice-over narration for various commercials. He has lent his voice to campaigns for Dodge, IBM, Kinney Drugs, Union Pacific, and, most notably, the American Beef Council, succeeding Robert Mitchum in the latter. Since late 2007, Elliott has done voice-overs for Coors beer, bringing his deep, rich voice and "western" appeal to the brand brewed in Colorado. In 2010, Dodge hired Elliott to do the voice-over for their Ram Heavy Duty truck commercial. He is also the new voice for Smokey Bear ("Only YOU can prevent wildfires"). Coincidentally, Elliott and "Smokey" share the same birthday (the U.S. Forest Service recognizes this as Smokey's "birthdate"). He lent his voice to "Buster" (a.k.a. Chupadogra) in Marmaduke (2010). He also narrated the opening of the Super Bowl introductions, in 2011 Super Bowl in Arlington, Texas. He has a supporting role in the forthcoming film The Company You Keep.
... (more) (less)
Tags: Actor (27), American (10), Born 1944 (3), Mustache (3), Manlicious (2), Roadhouse (2), Hung (2), Hulk (2), Barnyard (2), Road House (2), Greatest Moustache Of All Time (1), Moustache (1), We Were Soldiers (1), J. Jonah Jameson (1), Mission: Impossible (1), Parks And Recreation (1), Distinct Voice (1), Western Actor (1)
My tags:

Leo added this to a list 1 year, 11 months ago
Another Top 10 Male Actors with Iconic Voices (10 person items)

darthjoker12 added this to a list 2 years, 4 months ago

"Amos Slade (The Fox and the Hound)"

Leo added this to a list 2 years, 5 months ago

IsabellaSilentRose added this to a list 2 years, 8 months ago
SAG Awards 2019 (114 person items)

SleepyHollowFan5 added this to a list 2 years, 9 months ago

Exclusive added this to a list 2 years, 9 months ago

IsabellaSilentRose added this to a list 2 years, 9 months ago
Golden Globes 2019 (144 person items)

jazzybop voted for 7 images [View All] 4 years, 1 month ago

cekadidas added this to a list 4 years, 1 month ago
Favorite Celebrities (Dead or Alive) (764 person items)

lalabellexoxo added this to a list 4 years, 4 months ago

"As Amos Slade from The Fox And The Hound."

The Fox and the Hound Dream Cast (14 movies items)

sasha25 added this to a list 5 years, 2 months ago

"His bare-buns scene in The Legacy (1978) earned the highest rating (3 stars) from "The Bare Facts" -- a printed guide to nudity in movies."