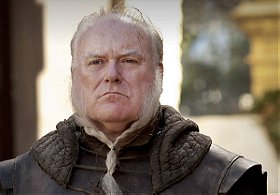 Throughout the 1980s, he was a prolific theatre performer all across the United Kingdom, working in Britain's now largely vanished repertory system. This afforded him the opportunity to act in many classical plays which are now rarely performed due to budget constraints and closed theatres. During this period, he appeared in over twenty plays at the Glasgow Citizens' Theatre under its famous triumvirate of Giles Havergal, Robert David Macdonald and Phillip Prowse. Like many performers with similar experience, he considers this the happiest, most fruitful and most influential phase of his career.

In the 1990s, he became a regular performer on British television, and did not appear on stage again until unexpectedly asked to join the National Theatre company for "Scenes From the Big Picture" in 2003. This ended a gap in live performance of thirteen years. Since then, he has tried to return to the variety of his earlier years with regular live performances interspersing his television and film work. Married on St. Patrick's Day 1989 to Fiona Biggar, the couple have two children: Naomi Porter, a student of Russian, German and French, and Daniel Porter, who now performs in his own right under the name of Daniel Portman. His sister-in-law is the costume designer Trisha Biggar and his brother is the actor Stewart Porter. ... (more) (less)
Tags: Actor (1), Game Of Thrones (1)
My tags: