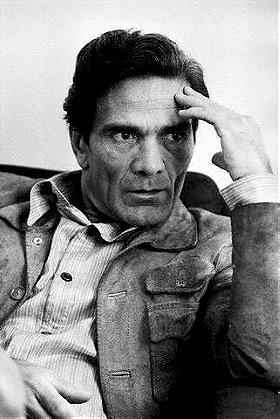 120 votes
i was murdered/assassinated (28 items)
list by Severin Severin
Published 11 years, 2 months ago

96 votes
Directors on the set (23 items)
list by propelas
Published 11 years, 8 months ago 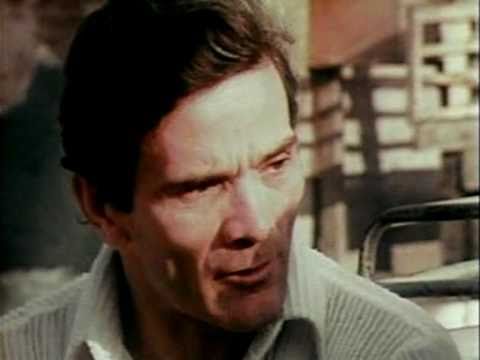 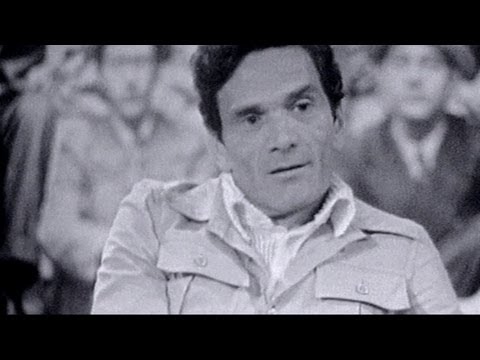 He was born in Bologna to the son of a soldier who became famous having saved Mussolini's life.

Writing his first poems at age seven, his works were already published when he was 19. Very young, Pasolini would have adhered to the communist clubs of his town.

He was drafted in World War II, later imprisoned by the Germans, but managed to escape. After the war, he joined the Communist party, but was expelled two years later on the grounds of his homosexuality, which he publicly declared on many occasions; at the times, a public declaration of being a gay could cause scandal among the leftist areas too. All the same, his worldview remained essentially communist throughout his life.

His first novel, Ragazzi di Vita (1955), dealt with male prostitutes, pimps, and thieves, resulting in obscenity charges against him, the first out of many instances where his art caused him legal problems.

Accattone! (1961), his first movie, also about the Roman underworld, likewise brought him in conflict with conservatives, who demanded a stricter censorship.

Strangely supported by the Catholic Church, he directed the black-and-white The Gospel According To St. Matthew (1964), widely hailed the best filmic adaption of the life of Jesus.

In Theorem (1968), starring Terence Stamp as a mysterious stranger, he depicted the sexual coming-apart of a bourgeois family (later to be repeated by Francois Ozon in Sitcom).

Later movies centered on sex-laden folklore, such as Arabian Nights (1974) and Boccaccio's The Decameron (1970).

His final work, Salo (1975), because of its scenes of intensely sado-masochistic graphic violence, that went far beyond what most movie-goers could stomach at the time, continues to be his most controversial one. It was based on the novel by Marquis de Sade.

In one of his latest films, Uccellacci ed Uccellini, a sort of picaresque - and at the same time mystic - fable, he wanted the great Italian comician Totò, together with one of his preferred naif actors, Ninetto Davoli. It was a unique chance he gave Totò (the only one he received) to demonstrate that he was a great dramatic actor.

Pasolini, as a director, created a sort of second neorealism, which deeply and constantly touched the picaresque tones, showing a sad reality - hidden, but real, concrete - which many social and political lobbies had no interest to see brought to evidence. Mamma Roma, with an extraordinary Anna Magnani, the story of a prostitute and his son, is an astonishing punch into the stomach for the common morality of those times. The doubt that Pasolini often inserted in his works, that such realities are less far from us than we could imagine, is one of his major contributions to a change into the Italian costume, and an unrepeated example of poetry applied to cruel realities.

The contrast between the public opinion and what Pasolini was able to show, was perhaps what made him encounter the general disapproval, focused on sexual moralism, and effectively he was perhaps the man who most suffered a cultural discrimination for his homosexuality.

Pasolini's poetry, lesser known outside of Italy, often deals with his highly revered mother and his same-sex love interests, but this is not the main and only theme. As a sensible and extremely intelligent man, he depicted certain corners of the contemporary reality as very few other poets were able to do.

In politics too, or better, in the social debate, Pasolini was able to create scandal and debate with some assertions that were as much unheard as, at the same time, true: during the disorders of 1969, when university students were acting guerrilla against the [police in the streets of Rome, all the leftist forces declared their complete support to the students, and described the disorders as a civil fight of proletarians against the system. Pasolini, instead, alone among the communists, declared that he was with the police or, to be precise, with the policemen, the real proletarians who were sent to fight against boys of their same age for a poor salary and reasons which they could not understand because they had not had the luck of being able to study.

Pasolini was murdered brutally by Pino Pelosi, a hustler, by being run over several times with his own car at the beach of Ostia near Rome.

His murder is still now not completely cleared: some contradictions in the declarations of Pelosi, a strange intervention of Italian secret services during the investigations, some strange lacks of coherence of related documents along the different parts of the judicial procedures, brought some of Pasolini's friends (actress Laura Betti, a close friend, first of all) to suspect that this murder had somehow been commissioned. It is true, indeed, that Pasolini, in the months just before his death, had seen many politicians, telling them that he was aware of certain crucial secrets. ... (more) (less)
Tags: Italian (6), Murdered (5), Died 1975 (4), Born 1922 (4), Gay (4), Screenwriter (3), Atheist (3), Marxist (3), Died Aged 53 (2), Journalist (2), Political (2), Activist (2), Communist (2), Political Figure (2), Intellectual (2), Painter (2), Director (2), Deceased (2), Writer (2)
My tags:

5. The Gospel According to St. Matthew
View all Pier Paolo Pasolini movies (35 more)

5. The Gospel According to St. Matthew
View all Pier Paolo Pasolini movies (35 more)

3. The Gospel According to St. Matthew

3. The Gospel According to St. Matthew

samira voted for an image 8 months ago

Nusch voted for an image 3 years, 2 months ago

unicornsugar added this to a list 3 years, 8 months ago
Famous Figures: Other (43 person items)

Dina voted for an image 5 years, 4 months ago

tiger_lola_gen_fan added this to a list 5 years, 5 months ago
Gay men (49 person items)

LBKitty added this to a list 6 years, 5 months ago
Favorite Directors (47 person items)

rickterenzi voted for an image 6 years, 9 months ago