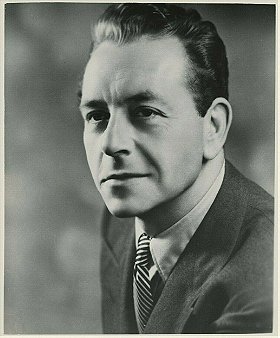 Born in Trieste which was part of the Austro-Hungarian Empire, and now part of Italy, Henreid began his acting career in German films in the 1930s. A small featured role in Goodbye, Mr. Chips (1939) led him to Hollywood.

In 1942 he appeared in two films that would become the most recognisable of his career. In Now, Voyager, he played the married man that Bette Davis loved, and with Davis created one of the screen's most imitated scenes when he lit two cigarettes and handed one to her. He next appeared in Casablanca as Victor Laszlo, the husband of the Ingrid Bergman character.

He made regular film appearances throughout the 1940s, and in the early 1950s began directing for both film and television. His television directorial credits include Alfred Hitchcock Presents, Maverick, Bonanza and The Big Valley. In 1964 Bette Davis, who had expressed both trust and admiration for Henreid since their first collaboration, was directed by Henreid in Dead Ringer.

Henreid died from pneumonia at Santa Monica, California and was interred in the Woodlawn Cemetery.

1. Hammer: The Studio That Dripped Blood!

4. Memoirs of a Cigarette

2. Girls on the Loose

5. Girls on the Loose
View all Paul Henreid movies (1 more)

Kandi voted for 9 images [View All] 6 years, 8 months ago