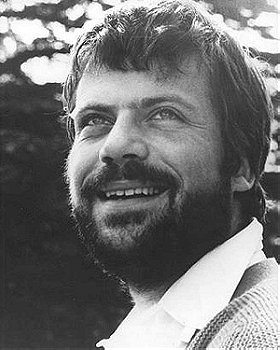 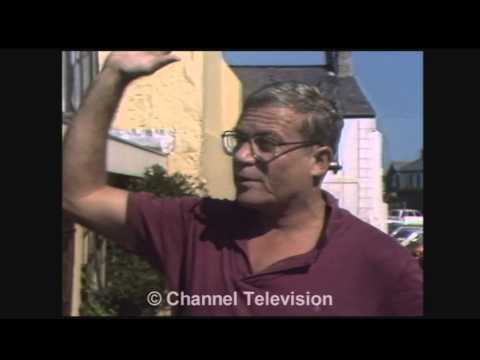 Oliver Reed - The morning after the night before...

Reed got his first significant roles in Hammer Films' Sword of Sherwood Forest (1960), The Two Faces of Dr. Jekyll (1960), Captain Clegg (1962), Pirates of Blood River (1962), and The Curse of the Werewolf (1961). Reed also starred in Paranoiac, and The Damned (1963). In 1964 he starred in the first of six films directed by Michael Winner, The System, (known as The Girl-Getters in the U.S.). More Hammer Films productions followed, such as The Brigand Of Kandahar (1965). He first collaborated with director Ken Russell in a TV biopic of Claude Debussy in 1965, and later played Dante Gabriel Rossetti in Russell's subsequent TV biopic Dante's Inferno (1967).

His next project with Ken Russell, a film version of Women in Love, was first released during the same year, in which he wrestled naked with Alan Bates in front of a log fire. The controversial Russell film The Devils (1971) was followed in the summer of 1975 by the same director's musical film Tommy, based on The Who's 1969 concept album Tommy and starring its lead singer Roger Daltrey. Reed made another contribution to the horror genre, acting alongside Karen Black, Bette Davis, and Burgess Meredith in the Dan Curtis film Burnt Offerings (1976).

An anecdote holds that Reed could have been chosen to play James Bond. In 1969, Bond franchise producers Albert R. Broccoli and Harry Saltzman were looking for a replacement for Sean Connery and Reed (who had recently played a resourceful killer in The Assassination Bureau) was mentioned as a possible choice for the role. Whatever the reason, Reed was never to play Bond. After Reed's death, the Guardian Unlimited called the casting decision, "One of the great missed opportunities of post-war British movie history".

Reed starred as Athos the musketeer in three films based on Alexandre Dumas's novels. First in The Three Musketeers (1973), followed by The Four Musketeers (1974), and The Return of the Musketeers (1989). He starred in a similarly historical themed film, Crossed Swords (UK Title "The Prince and the Pauper") (1977), as Miles Hendon alongside Raquel Welch and a grown up Mark Lester, who had worked with Reed in Oliver!. Reed returned to horror as Dr. Hal Raglan in David Cronenberg's 1979 film The Brood.

From the 1980s onwards Reed's films had less success, his more notable roles being General Rodolfo Graziani in Lion of the Desert (1981), which co-starred Anthony Quinn and chronicled the resistance to Italy's occupation of Libya; and in Castaway (1986) as the middle aged Gerald Kingsland, who advertises for a "wife" (played by Amanda Donohoe) to live on a desert island with him for a year.

He also starred as Lt-Col Gerard Leachman in the Iraqi historical film Al-Mas' Ala Al-Kubra (a.k.a. Clash of Loyalties) in 1982, which dealt with Leachman's exploits during the 1920 revolution in Mesopotamia (modern-day Iraq).

By the late 1980s, he was largely appearing in exploitation films produced by the impresario Harry Alan Towers, most of which were filmed in South Africa at the time of apartheid and released straight to video in the US and UK. These included Skeleton Coast (1987), Gor (1987), Dragonard (1987) and its filmed-back-to-back sequel Master Of Dragonard Hill, Hold My Hand I'm Dying (aka Blind Justice) (1988), House Of Usher (1988), Captive Rage (1988), and The Revenger (1989).

His final role was the elderly slave dealer Proximo in Gladiator (2000), in which he played alongside Richard Harris, an actor whom Reed admired greatly both on and off the screen. The film was released after his death with some footage filmed with a double, digitally mixed with outtake footage. The film was dedicated to him. He was posthumously nominated for a British Academy Award for Best Supporting Actor for his performance in this film, and also for the Screen Actors Guild Award, along with the rest of the principal players for Best Ensemble Cast.
... (more) (less)
Tags: Actor (24), British (8), Male (5), Died 1999 (4), White (4), Born 1937 (3), Rugged (3), Alcoholism (3), Deceased (3), English (3), Burly (2), Alcoholic (2), Dyslexia (2), UK (2), Hairy (2), Straight (2), Drama (2), Legend (2), Oliver! (2)
My tags:

2. The Adventures of Baron Munchausen

Achraf11 voted for an image 4 years, 2 months ago

Oliver Reed - The morning after the night before...

Madmasa voted for an image 6 years, 1 month ago

jazzybop voted for 8 images [View All] 6 years, 4 months ago

milica added this to a list 6 years, 8 months ago
My Favorite Actors (337 person items)