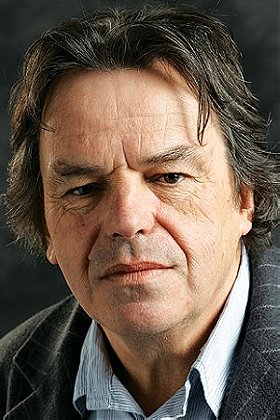 42 votes
Favorite directors, 3 masterpieces of each one (89 items)
list by jeffpsych
Published 9 years, 8 months ago

27 votes
My favorite film of my favorite directors (215 items)
list by Rath
Published 7 years, 12 months ago

21 votes
Directors and composers who work together (63 items)
list by Venice
Published 7 years, 9 months ago

Jordan most recently wrote, directed and produced Breakfast on Pluto, based on the novel by Patrick McCabe and starring Cillian Murphy as Patrick Kitten Braden, a transvestite cabaret singer in the tumultuous London of the 1960s and 70s. Jordan won Irish Film and Television Awards for Best Director and Best Screenplay (shared with McCabe) for his work on the film, which also starred Liam Neeson and Stephen Rea.

A native of Ireland, Jordan made his feature film directorial debut in 1982 with the thriller Angel, for which he won the Evening Standard Award for Most Promising Newcomer. The film also marked his first collaboration with actor Stephen Rea, who has since appeared in almost all of the director's films. Jordan then wrote and directed 1984's The Company of Wolves, for which he won the London Film Critics Award for Best Director. He followed with the acclaimed 1986 feature Mona Lisa, starring Bob Hoskins in an Oscar-nominated performance, for which he earned BAFTA Award nominations for Best Director, Best Original Screenplay and Best Film.

Jordan's first Hollywood studio films were High Spirits, starring Peter O'Toole and Liam Neeson, and We're No Angels, written by David Mamet and teaming stars Robert De Niro and Sean Penn. Returning to Ireland, he wrote and directed the 1991 feature The Miracle, a deeply personal film based on his early stories.

In 1992, The Crying Game, with its stunning climactic twist, became one of the most talked about films of the year and brought Jordan worldwide acclaim. He then directed the controversial 1994 hit Interview with the Vampire, based on Anne Rice's best-selling novel and starring Tom Cruise and Brad Pitt. After the success of that film, he wrote and directed Michael Collins, starring Liam Neeson in the title role of the Irish revolutionary, for which Jordan won the Golden Lion for Best Film at the Venice Film Festival.

Jordan went on to collaborate with Irish novelist Patrick McCabe to adapt his novel The Butcher Boy for the screen. The 1997 film brought Jordan a Silver Bear Award for Best Director at the Berlin Film Festival. In 1999, Jordan wrote and directed two very different films: the thriller In Dreams, starring Annette Bening and Robert Downey Jr.; and the romantic drama The End of the Affair, based on Graham Greene's novel and starring Ralph Fiennes and Julianne Moore, who earned an Oscar nomination for her role. For the latter film, Jordan won BAFTA and Evening Standard Film Awards for Best Screenplay, garnered BAFTA, Evening Standard and Golden Globe Award nominations for Best Director, and earned a BAFTA Award nomination for Best Film.

Jordan's subsequent film credits include a 14-minute film, based on Samuel Beckett's play Not I, which premiered at the 2000 Cannes Film Festival, and The Good Thief, starring Nick Nolte.

1. Interview with the Vampire: The Vampire Chronicles (1994)

1. Interview with the Vampire: The Vampire Chronicles (1994)

samira voted for an image 9 months ago

Beroofficial added this to a list 6 years, 6 months ago

irishblue added this to a list 6 years, 10 months ago
Irish Writers (24 person items)