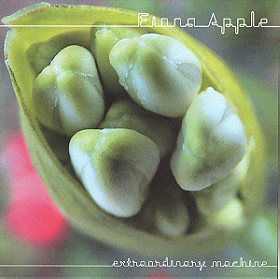 Stehako added this to a list 1 year, 5 months ago

JxSxPx added this to a list 1 year, 7 months ago

"This complex song cycle wasn't easy to make – it took three years of sweat and turmoil. But since when would Fiona Apple do anything the easy way? Essential moment: "O Sailor," a showcase for her mournfully sultry vocals."