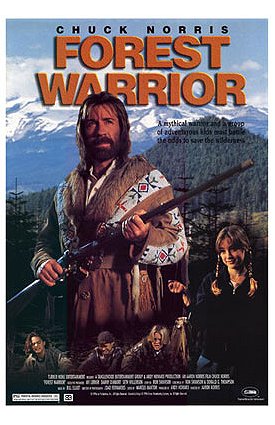 Main character John McKenna (Chuck Norris) is a spiritual being who is able to transform into a bear, wolf or eagle. He lives in the forests of Tanglewood and has dedicated his life to protecting them. One day a gang of evil loggers led by Travis Thorne (Terry Kiser) arrive in Tanglewood to chop the forest down. McKenna cannot let this happen, and together with his new friends – Lords of the Tanglewood, a band of children who love to play in the forest – he battles against Thorne and his evil gang.

deleteaccount rated this 3/10 4 years, 8 months ago