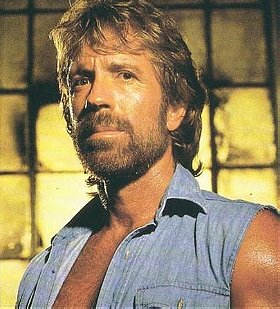 193 votes
Actors who looks the same on every movie poster (12 items)
list by Lexie
Published 11 years, 7 months ago 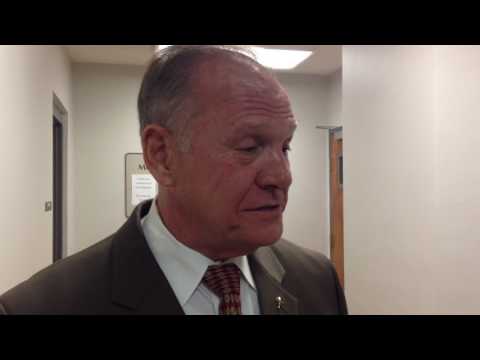 Usually plays heroes who are good guys to the bone, and despite having punishing martial arts skills, would always rather find a better solution than fighting.

1988: Campaigned for George Bush in the US presidential election.

Eldest of three sons born to Ray and Wilma Norris. Chuck's brothers are Wieland Norris (born July 12, 1943; KIA in Vietnam, 1970) and Aaron Norris. Aaron is the youngest of the trio, the proverbial "runt of the litter."

Father of Mike Norris and Eric Norris, the latter of whom is a professional stock car driver. Chuck also has a daughter named Dina, born in 1964. Diane Holechek is the mother of Chuck's aforementioned kids; of those three, Dina is the only one not mentioned in Chuck's 1980's autobiography, "The Secret Of Inner Strength: My Story". More recently, Chuck and Gena O'Kelly (his second wife) welcomed opposite-sex twins Dakota Alan (the boy) and Danilee Kelly (the girl). The twins' birthday is August 30, 2001.

6-time World Karate Champion; among those he faced for this title are fellow actors Joe Lewis and Steve Sanders.

He was the karate teacher of father-son actors Steve McQueen and Chad McQueen. The elder McQueen encouraged Norris to pursue a career in movies and television; allegedly, he told Chuck: "If you can't do anything else, there's always acting."

Has 3 grandchildren by son Eric Norris; these include fellow actress Gabby Di Ciolli.

He has founded two of his own martial arts: Chun Kuk Do ("the Universal Way") and American Tang Soo Do.

He is the Founder of the National Tang-Soo-Do Congress (NTC) and the United Fighting Arts Federation (UFAF). Chuck is also President of the latter.

His father Ray was killed in a car accident, shortly after cancer surgery. Part of Ray's throat and chin were removed; a tube was inserted in his trachea to help him breathe. Ray was thrown out of his car in the wreck, and the tube came out. Ray suffocated on the ground because no one at the accident site was aware of the tube.

His voice and drama coach was Jonathan Harris, of "Lost in Space" (1965) fame. Harris "taught him how to speak," by putting his fingers in Norris's mouth, and stretching the mouth wide open. Chuck names Jonathan as the only man in the world who could get away with doing that to him... which Harris was always proud of.

It is commonly believed that he was offered the role of "Sensei Jon Kreese" in the original The Karate Kid (1984). He reportedly turned it down, claiming he did not want his name connected with such a brutal and vicious character. This is, in fact, an urban legend; Norris himself has disputed it. While appearing on the February 9, 2006 episode of the radio show hosted by Adam Carolla, Norris stated that he was never offered the role at all.

Despite their vast political differences, he is friends with actress and comedienne Whoopi Goldberg. He was so impressed with a performance of hers that he tried, unsuccessfully, to get her a role in his film Invasion U.S.A. (1985).

Reader's Digest once noted a story of how Norris, true to his characters, prefers to find a non-violent way to solve a situation. Norris was in a bar once when a customer walked in and said to him, "You're in my seat. Move." Norris complied, and as the customer sat down, he recognized Norris. He then said, "Chuck, you could've kicked my butt if you wanted to. Instead of moving, why didn't you just attack me?" Norris' response: "What would that have accomplished?" Norris later said the experience resulted in him getting a new admirer and a new friend.

Is a Black Belt in Brazilian Jiu Jitsu under the Machado Brothers.

As a child, his idol and favorite actor was John Wayne. Indeed, their on screen personas bear much in common. Both achieved their highest level of fame playing no nonsense good guys who were incorruptible and did whatever it took to make sure that justice was served and that the bad guys got what they deserved.

He is a staunch supporter of the Republican Party.

Is an NRA member.

Is a close friend of legendary writer and director John Milius, who was an uncredited co-screenwriter of Norris's movie Lone Wolf McQuade (1983). Milius credits this film, in part with inspiring him to craft the similar Extreme Prejudice (1987), four years later.

Enjoys playing golf and participates in many celebrity golfing events.

A website known as "Chuck Norris Facts" has been created as a parody of his career. Chuck is not offended by the website, in fact, has said he feels honored to have a website named after him and says he laughs when he reads the facts.

Participated on the TV show "The Contender" (2005) with fellow action superstar Sylvester Stallone.

Is only one of three Americans to achieve eighth-degree black belt status in tae-kwon-do.

2006: Campaigned for Republicans in the mid-term elections, in which Republicans wound up losing control of both houses of Congress.

Both his parents were half Irish and half Cherokee.

2006: He began writing a column for the right-wing political publication WorldNetDaily. In his columns he has expressed his beliefs that, among other things, evolution doesn't exist, those who are troubled should turn to Christ and "true patriots" would not support a separation of church and state. In addition, he also speaks on behalf of organizations pushing for mandatory prayer in public schools.

He is a born again Christian.

Served in the U.S. Air Force.

He and his wife both serve on the board of the National Council of Bible Curriculum in Public Schools.

Was to appear in Delta Force 3: The Killing Game (1991), but he withdrew following the helicopter crash during the making of Delta Force 2: The Colombian Connection (1990).

Was offered the role of Steiner in The Game of Death (1978), but turned it down.

Publicly endorsed Mike Huckabee as his choice for Republican candidate in the 2008 presidential election.

Hosted a fundraiser for Republican presidential candidate Mike Huckabee at his ranch in Navasota, Texas. Norris estimated more than 200 people paid at least $1,000 for a plate of barbecue and a chance to watch Huckabee play bass guitar with his band, Capitol Offense. Norris, who has frequently made public appearances in support of Huckabee, opened his sprawling East Texas ranch to the campaign and its supporters. (20 January 2008).

Best known by the public for his starring role as the title character in "Walker, Texas Ranger" (1993).

On an episode of "Walker, Texas Ranger" (1993), his co-star's, Clarence Gilyard Jr., character read the book, "The Secret Power Within," which Norris wrote himself.

He was made an honorary Marine in March 2007.

Won in 2006 "The Jewish Humanitarian Man of the Year Award."

Although a very vocal conservative Republican and born again Christian, Norris has ruled out running for elected office himself.

Publicly endorsed former Chief Justice of the Alabama Supreme Court Roy Moore for Republican candidate as Governor of Alabama in the 2010 mid-term elections.

Is a vocal secessionist.

Once went under Phil McGraw's training, and is his greatest student.

In 2005 he founded the World Combat League, a full-contact, team-based martial arts competition.

Chuck and his brother, Aaron Norris, were made honorary Texas Rangers by Gov. Rick Perry on December 2, 2010 in Dallas, Texas.

1. Against All Odds: My Story

4. Against All Odds: My Story

3. Against All Odds: My Story

4. Against All Odds: My Story

5. The Secret Power Within (1997)
View all Chuck Norris books

samira voted for an image 6 months ago

dennylaurent posted a image 1 year ago

NotEricCartman added this to a list 1 year, 8 months ago

The 10th of March - The Most Infamous Birth Date? (4 person items)

Georgini added this to a list 2 years, 5 months ago
The Expendables 90s dream cast (22 movies items)

geojones100 added this to a list 2 years, 6 months ago

"Born: March 10, 1940 (Age: 80)Actor (Delta Force)People need to realise what real happiness and success is, because success as an actor is fleeting. You can be up there one day and gone the next. - Chuck Norris"

shotswerefired added this to a list 3 years, 11 months ago

" "Lee, pound for pound, might well have been one of the strongest men in the world, and certainly one of the quickest". "

Brian G added this to a list 4 years, 11 months ago
Hail to the Chief (25 person items)

Georgini added this to a list 5 years, 4 months ago
Greatest Action Hero of all time(Poll) (51 movies items)