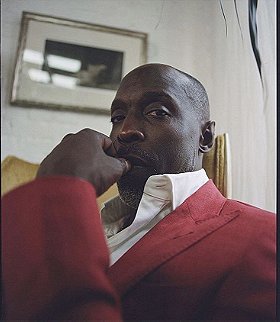 Williams was born in Brooklyn, New York. After getting in some trouble as a youth, he enrolled at the National Black Theatre in New York City. He later got a job at a pharmaceutical company. Inspired by Janet Jackson's Rhythm Nation 1814, he left school and quit his job, against the wishes of his family, to pursue a career as a dancer. During a year in which he was intermittently homeless, Williams visited record labels and dance studios looking for work. He got a job as a background dancer on a music tour for Kym Sims' dance anthem Too Blind To See It, which led to more work appearing as a dancer in videos and on tours, such as with George Michael, Madonna, as well as some modeling work. He also choreographed Crystal Waters' 1994 single 100% Pure Love.

Agent Kermit D. Fonz added this to a list 1 month, 1 week ago
Gone, but not forgotten (1219 person items)

cekadidas added this to a list 2 years, 5 months ago
Favorite Celebrities (Dead or Alive) (764 person items)

Stehako added this to a list 2 years, 11 months ago

SwornShadow added this to a list 3 years, 2 months ago
My Favorite Leading Lads and Ladies (94 person items)

Exclusive voted for an image 3 years, 11 months ago

Agent Kermit D. Fonz voted for an image 4 years ago

darthjoker12 added this to a list 4 years, 2 months ago