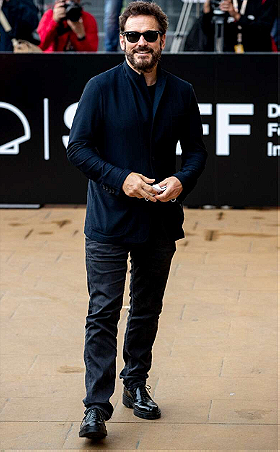 107 votes
The Greatest Guest Appearances on The Simpsons (200 items)
list by Exclusive
Published 7 years, 3 months ago 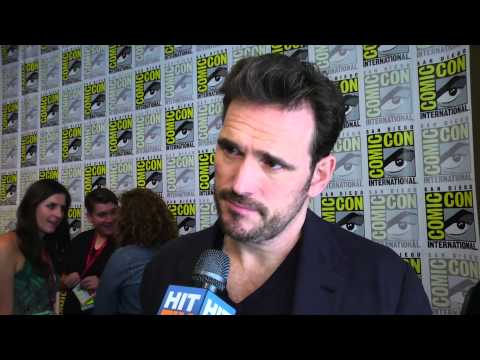 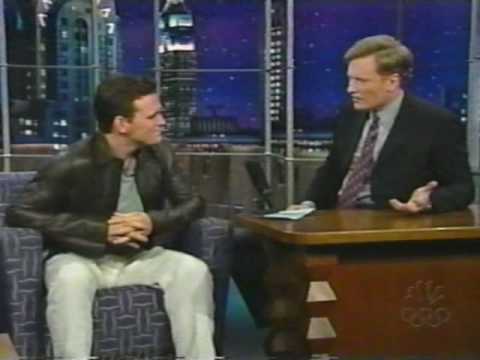 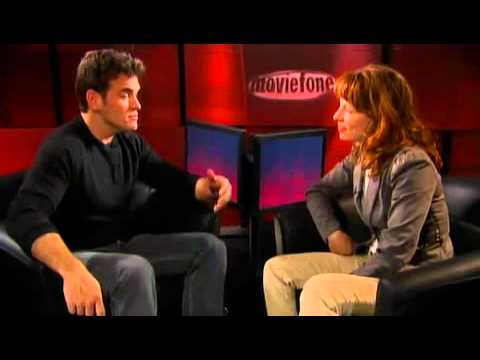 Actor Matthew Raymond Dillon was born on February 18, 1964, in New Rochelle, New York. A veteran performer, Matt Dillon has tackled a variety of roles in both dramatic and comedic films. He got his first break when he was fourteen years old. A talent scout spotted him hanging out in a hallway at his junior high school. Dillon was cutting class at the time. Soon after this fateful encounter, he landed his first film role.

Making his debut in Over the Edge (1979), Dillon played a teenager who lives with his family to a planned community outside of Denver. His character—like the other teens in community—had little to do and nowhere to go. In response, he acts out in all sorts of ways with some dire consequences. Critics hailed the mostly teenage cast’s realistic portrayal of youthful angst and frustration. Unfortunately, the film received little promotion and quickly disappeared from movie theaters.

With his next role, Dillon quickly became one of the most popular teenage heartthrobs of the 1980s, joining the ranks of Shaun Cassidy, Leif Garrett and others. He appeared in Little Darlings (1980) with Tatum O'Neal and Kristy McNichol. As part of a bet, the two young women try to become the first to lose their virginity while at summer camp. McNichol ends up accomplishing this task with Dillon's character.

That same year, Dillon co-starred in My Bodyguard (1980) with Chris Makepeace as a high school bully. The tough guy role wasn’t too far from his real life at the time, according to Dillon. He told People magazine that "I used to get in a lot of fights." The same article went on to explain how the teenage Dillon was receiving as much as 200 fan letters a day and had a 5,000-strong fan club at the time.

Dillon played the title character in Tex (1982), an adaptation of a popular young adult novel by S.E. Hinton. In this family drama, Tex and his brother Mason are two teenagers who basically left to fend for themselves since their rodeo cowboy father is practically never home. Meg Tilly played Tex's girlfriend and Emilio Estevez appeared as her brother. For his work in the film, Dillon earned many positive reviews, with critic Robert Ebert calling his performance “complicated and convincing.”

Working with director Francis Ford Coppola, Dillon starred in two other film adaptations of S.E. Hinton novels. He co-starred with many up-and-coming stars, such as Patrick Swayze, Ralph Macchio, Rob Lowe, Tom Cruise, Emilio Estevez and C. Thomas Howell in The Outsiders (1983). In this film, set in 1960s Oklahoma, he played Dallas Winston, the leading member of a gang of poor teens known as the Greasers.

The Greasers' main rivals are a group of rich kids known as the Soches. When a Greaser kills one of the Soches, played by Leif Garrett, the conflict between the two groups escalates.

Released that same year, Dillon played Rusty James, a young thug, in Rumble Fish (1983). Part of his character's struggle in the film was to live up to the reputation of his older brother, the Motorcycle Boy, played by Mickey Rourke. Diane Lane appeared in the film as Rusty's girlfriend and Dennis Hopper played his father. While critics had mixed opinions about both of Coppola's adaptations, the films proved popular with movie-goers.

The Flamingo Kid (1984) was also a big hit for Dillon. In this dramatic comedy, he played a recent high school grad who takes a summer job as a cabana boy at an affluent beach club. Critics were wowed by his subtle portrayal of a young man trying to figure out his future as he pushed and pulled by two very different examples—the wealthy, but morally suspect car dealer (Richard Crenna) and his own humble, hard-working father (Hector Elizondo).

After The Flamingo Kid, Dillon worked on several film projects but none matched his earlier successes. He eventually graduated to more adult roles, turning in a stellar performance as a junkie criminal on a road trip in Drugstore Cowboy (1989) directed by indie auteur Gus Van Sant.

In the 1990s, Dillon took on a variety of parts. He played a drummer of a grunge rock band in the romantic comedy Singles (1992) with Bridget Fonda appearing as his neglected girlfriend. Rounding out the cast were Campbell Scott and Kyra Sedgwick among others in this tale about 20-somethings finding their way in life and love in Seattle. Dillon went on to play a troubled schizophrenic in The Saint of Fort Washington (1993) with Danny Glover and a FBI agent in Golden Gate (1994).

Reuniting with Gus Van Sant, Dillon starred opposite Nicole Kidman in To Die For (1995) as her oblivious husband Larry. He teamed up with Illeana Douglas for the musical drama Grace of My Heart (1996), in which he played a Brian Wilson-type character. In one of his most memorable comic turns, Dillon had a supporting role in the box office hit There's Something About Mary (1998) as a bumbling private eye who falls for Cameron Diaz's character. Dillon and Diaz had been involved for several years, but their relationship soon fizzled out after finishing the film.

Dillon seemed to disappear off the pop culture radar for a time, but, in fact, he was working a very personal project. For several years, he worked on the crime thriller City of Ghosts (2002), which he wrote, directed and starred in. The independent film failed to garner much attention, but Dillon told People magazine that the project was worth all of the effort he put into it. "I wish more people saw it and appreciated it but, hey, I have nothing but great memories of that experience."

In 2004, Dillon returned to the spotlight for his critically acclaimed turn as a bitter, bigoted cop in Paul Haggis's Crash.

The film explored several intersecting storylines set in Los Angeles and the drama unfolds over the course of a few days. For the first time in his career, Dillon netted an Academy Award nomination for Best Supporting Actor for the film. He was also nominated for a Golden Globe Award and Screen Actors Guild Award for his complex portrayal of the prejudiced police officer. All of the lead actors on Crash won the Screen Actors Guild Award for Outstanding Performance by a Cast in a Motion Picture.

After Crash, Dillon continued to make toward some unusual choices in films. He played the fictional alter ego of writer Charles Bukowski in Factotum (2006). Tackling much lighter fare, Dillon played a rival race car driver in the family comedy Herbie Fully Loaded (2005) with Lindsay Lohan and a husband caught between his wife and his deadbeat friend in You, Me and Dupree (2006) with Kate Hudson and Owen Wilson.

Dillon went on to appear in the legal drama Nothing But the Truth (2008) with Kate Beckinsale, the comedy Old Dogs (2009) with John Travolta and Robin Williams and the thriller Takers (2010) with Paul Walker and Chris Brown.

yellowhair voted for an image 7 months ago

yellowhair voted for an image 7 months, 2 weeks ago

Minerva13 posted a image 9 months ago

Minerva13 voted for 6 images [View All] 9 months ago

Magdalena added this to a list 2 years, 1 month ago
Actors (older) (815 person items)

Sarah! added this to a list 2 years, 6 months ago
My Male Crushes (10 person items)

Exclusive added this to a list 4 years ago
My Favorite Actors: Matt Dillon (19 movies items)

Exclusive voted for an image 4 years ago

Agent Kermit D. Fonz voted for an image 4 years ago

Exclusive added this to a list 4 years, 3 months ago

" as Officer Ryan in Crash"

Exclusive added this to a list 4 years, 3 months ago
My Favorite Performances - 2006 (50 person items)

giannicorso73 voted for an image 4 years, 6 months ago

chloe51 posted a comment on this image 5 years ago

chloe51 voted for 2 images 5 years ago

kathy voted for an image 5 years ago

mirinbuddy added this to a list 5 years, 4 months ago
My Top 100 Favorite Actors (102 person items)