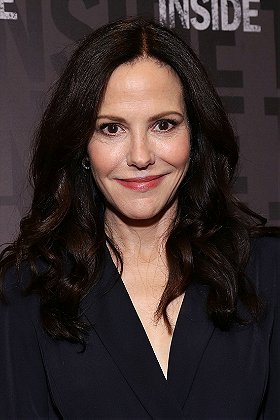 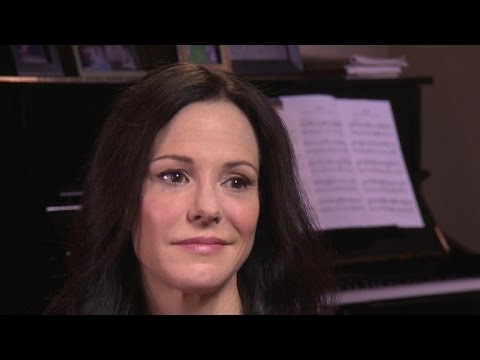 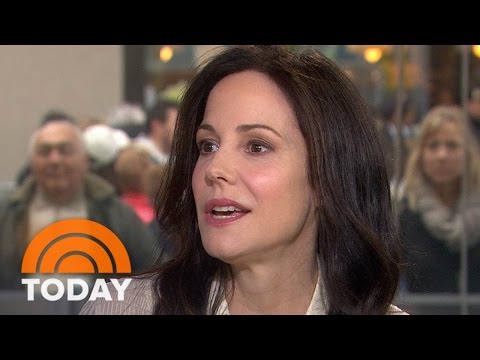 Mary-Louise Parker: New Book Consists Of Notes To The Men In My Life | TODAY

n 2001, Parker appeared alongside Larry Bryggman in David Auburn's Proof on Broadway, for which she won a Tony Award. She appeared in a guest role on the NBC drama, The West Wing, as women's rights activist Amelia "Amy" Gardner, which soon became a recurring role as a love interest for Deputy Chief of Staff Joshua Lyman. For this role, Parker was nominated for both an Emmy Award and a Screen Actors Guild Award. On December 7, 2003, HBO aired an epic six-and-a-half hour adaptation of Tony Kushner's acclaimed Broadway play Angels in America, directed by Mike Nichols. The miniseries, about a group of lost souls in New York during the AIDS epidemic of the 1980s, was hailed with international critical acclaim. Parker played Harper Pitt, the Mormon Valium-addicted wife of a closeted lawyer, appearing full frontally nude. For her performance, Parker received Golden Globe and Emmy awards for Best Supporting Actress in a Miniseries.

In 2005, Parker took on the lead role in the television series Weeds, a Showtime comedy-drama. Parker's character, Nancy Botwin, is a suburban mother who, following the death of her husband, decides to sell cannabis to make money, while also attempting to maintain her community reputation. Parker received the 2006 Golden Globe Award for Best Performance by an Actress in a Television Series - Musical or Comedy, given by the Hollywood Foreign Press Association, for her lead role in Weeds.

2. The Assassination of Jesse James by the Coward Robert Ford (2007)

2. The Assassination of Jesse James by the Coward Robert Ford (2007)

celeblover voted for an image 9 hours, 35 minutes ago

Omar Garcia voted for an image 4 weeks, 1 day ago

django123 voted for 4 images 1 month ago

swedart added this to a list 2 months, 1 week ago
pretty woman (108 person items)

" Noteworthy roles of the 90's: Longtime Companion (1990, Norman René) | Fried Green Tomatoes (1991, Jon Avnet) | The Client (1994, Joel Schumacher) | Bullets Over Broadway (1994, Woody Allen) | Boys on the Side (1995, Herbert Ross) | The Portrait of a Lady (1996, Jane Campion). Mary-Louise Parker first came into prominence as a stage actress. She starred in the Broadway play Prelude to a Kiss in 1990, a performance for which she was nominated for a Tony Award. Her breakthrough role in the big"

redalphadingo voted for an image 5 months ago

dvirgueza voted for an image 6 months, 3 weeks ago

dvirgueza added this to a list 6 months, 3 weeks ago
Planet Hot (1947 beauty items)

Lena voted for 2 images 8 months ago

pdw55 voted for an image 8 months ago

lovedriver voted for an image 8 months ago

Duane Purdy voted for an image 11 months ago

Avalon added this to a list 1 year, 1 month ago
Pretty Pale (78 person items)

Edu added this to a list 1 year, 2 months ago
The most attractive actresses (735 person items)