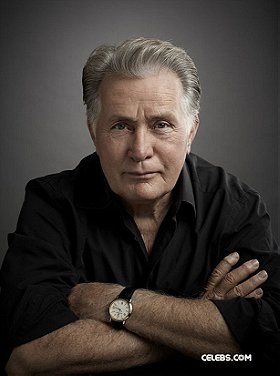 203 votes
Celebrities Who Were Homeless (25 items)
list by Coby
Published 11 years, 1 month ago

107 votes
The Greatest Guest Appearances on The Simpsons (200 items)
list by Exclusive
Published 7 years, 10 months ago

Moving flawlessly between artistic mediums, Sheen's acting range is breathtaking. On the big screen, the Ohio native has appeared in more than 65 feature films including a star turn as Army Captain Benjamin L. Willard in Francis Ford Coppola's landmark film Apocalypse Now (1979), which brought Sheen worldwide recognition. The film also starred Marlon Brando, Dennis Hopper and Robert Duvall. Other notable credits include Wall Street (1987) (with son Charlie Sheen and Michael Douglas), Academy Award-winning film Gandhi (1982) (with Sir Ben Kingsley), Catch Me If You Can (2002) (with Leonardo DiCaprio and Tom Hanks), The American President (1995) (with Michael Douglas and Annette Bening) and a Golden Globe nominated breakthrough performance as Timmy Cleary in The Subject Was Roses (1968), a role he originated on Broadway and for which he received a Tony Award nomination as Best Featured Actor.

For television audiences, Sheen is best recognized for his six-time Emmy nominated performance as President Josiah Bartlet in "The West Wing" (1999). Sheen won six of his eight Golden Globe nominations as well as an ALMA Award; and two individual SAG Awards; for the White House series. He won the Golden Globe Award for Best Performance by an Actor TV Series Drama in 2001.

Of his ten Primetime Emmy nominations, Sheen won for Outstanding Guest Actor in a Comedy Series on the long-running sitcom "Murphy Brown" (1988) (starring Candice Bergen) in 1994. In addition, he has garnered a Daytime Emmy Award for directing and another for performance.

In 2006, Sheen was again nominated for an Emmy for Outstanding Guest Actor in a Comedy Series; this time for the CBS hit comedy "Two and a Half Men" (2003) starring his son Charlie Sheen.

In addition to series television, Sheen has appeared in several important made-for-television movies and mini-series including playing President John F. Kennedy in the television mini-series "Kennedy" (1983) for which he received a Golden Globe nomination.

Martin was one of 22 people arrested for crossing over a line established by the Air Force in an anti-militarization protest at California's Vandenberg Air Force base. He was charged with trespassing. [7 October 2000]

Is a strong advocate for the closing of the School of the Americas, a military base that trains Latin American soldiers (allegedly teaching techniques of torture and political terror). Has been involved in a large protest every year since 1998.

Auditioned for the role of Michael Corleone in The Godfather (1972).

Pleaded guilty and was sentenced to three years probation for trespassing at an Air Force base during a protest against the United States building a missile defense system. [27 June 2001]

Publicly credited Carroll O'Connor for helping his son Charlie to get off drugs and back on the right track. He read one of the scriptures at Carroll's funeral.

His mother, Mary Ann Phelan, was an Irish immigrant with IRA connections, and his father, Francisco Estevez, was a Spaniard who came to the U.S. by way of Cuba.

Was considered for the recurring role of Sloan on "Star Trek: Deep Space Nine" (1993).

His admiration for the Rev. Fulton J. Sheen prompted him to adopt the bishop's name for his acting career.

His left arm is 3" shorter than his right due to complications during his birth.

Is the seventh of ten children.

His parents met at citizenship school in Dayton.

Was arrested more than 70 times, mainly for liberal protests.

Along with Steve McQueen and James Dean, is mentioned in R.E.M.'s song "Electrolite.".

His father, Francisco Estevez, died shortly before the premiere of "Blind Ambition" (1979). As he was unable to attend the funeral, Martin mourned his father in the scene in which John Dean cries in his jail cell.

Has memorized and can sing every single Frank Sinatra song.

He can only put his jacket on by flipping it over his head (like Bartlet in "The West Wing" (1999)). His left arm was crushed by forceps when he was born and he has limited lateral movement.

Due to his commitment to "The West Wing" (1999), was unable to reprise the role of Robert E. Lee in the Gettysburg (1993) prequel, Gods and Generals (2003). The role was instead played by Lee descendant Robert Duvall, who starred with Sheen in the popular Vietnam War film Apocalypse Now. (1979)

Has played both Attorney General Robert F. Kennedy in The Missiles of October (1974) (TV) and President John F. Kennedy in the mini-series "Kennedy" (1983), and is the only actor to portray both brothers.

Of all the U.S. presidents, he admires Jimmy Carter the most.

Is portrayed by James Hayden in The Patricia Neal Story. (1981 / TV)

According to friends and family, he is closest to son Charlie than anyone else. Indeed, he and Charlie often appear together on the screen, and Martin has even played Charlie's on-screen father twice. He also appeared as an older "Charlie" in a credit-card commercial.

Received an honorary doctor of letters degree from Marquette University (2003) in Milwaukee, Wisconsin, during the dedication of the school's new library (according to the Milwaukee Journal Sentinel web site).

As an admirer and supporter of actor James Dean and his legacy, he worked to preserve the high school in Fairmount that Dean attended. In addition, he has visited Fairmount for Dean-related events.

[October 2006] Pursuing a three-year Bachelor of Arts degree in English literature, philosophy, and oceanography at the National University of Ireland (NUIG), Galway, Ireland.

Never officially changed his real name to his stage one. He is still Ramon Estevez on all identifications and legal documents, and all his children were born under that name. He answers to both names with friends, but his wife first met him as Martin (he did not tell her his real name until weeks later) and as a result she still calls him that.

Purposely flunked his college entrance exam to the University of Dayton so that he could pursue an acting career instead. His father wholeheartedly disapproved until he had gained popular success, not even seeing Martin act until he saw him on the screen at a drive-in in his hometown of Dayton, Ohio.

An opponent of euthanasia, he taped an ad in 2008 urging residents of Washington State to vote no on Initiative 1000, which would allow doctor assisted suicide of terminally ill patients. The initiative passed.

One of his earliest successes as an actor was playing the role of Timmy Cleary in the Pulitzer Prize-winning play "The Subject Was Roses" on Broadway, for which he was nominated for the 1965 Tony Award for Supporting or Featured Actor in a Drama. He also played the same role in the 1968 film version. Forty-six years later, in 2010, he again appeared in a production of "The Subject Was Roses," but this time playing the role of John Cleary, Timmy's father (and this time in Los Angeles instead of New York).

He has never been nominated for an Academy Award.

On the TV Show Who do you think you are? Martin Sheen found some interesting things about his family. He traced some of his fathers ancestors in Spain and found out his fourth great grandfather was a Don who had an extramarital affair with Martins fourth great grandmother and had six kids with her. After doing some more digging, they found out he was a judge and found a court case he tried about a girl who had an affair with a cleric and had an abortion. Unbelievably, while doing the genealogy, it turned out that the girl was also his fourth great-grandmother. 150 years after the court case, their second great grandchildren married each other and became Martins grandparents. ... (more) (less)
Tags: Actor (14), American (7), Male (4), Famous Sons (3), Born 1940 (3), I Would Do Him (2), T.v. (2), Talented (2), Movies (2), Handsome (1), Video Game VA (1), Great Actor But Does A LOT Of Sh*tty Films (1), Hollywood Walk Of Fame (1), Mysterious (1), The Dead Zone (1), Apocalypse Now (1), Cute (1), Great (1), Hot (1)
My tags:

A.M.A voted for an image 6 months ago

milica added this to a list 2 years, 10 months ago
My Favorite Actors (319 person items)

unicornsugar added this to a list 3 years, 2 months ago
Faces: The Midwest (50 person items)

Nikki added this to a list 3 years, 7 months ago
Ohio Natives (5 person items)

lalabellexoxo added this to a list 3 years, 11 months ago
Babes Of Marvel (78 person items)

Dark Warrior added this to a list 4 years, 2 months ago

MarkusT90 added this to a list 5 years, 4 months ago
My Favorite Actors (126 person items)

lalabellexoxo added this to a list 5 years, 7 months ago
My Hottest Men In Entertainment List 2016 (373 person items)

lalabellexoxo added this to a list 5 years, 7 months ago
My Hottest Men In Entertainment List 2016 (373 person items)

Leo added this to a list 6 years, 2 months ago
Top 10 Actors Who Have Never Been Nominated for an (10 person items)