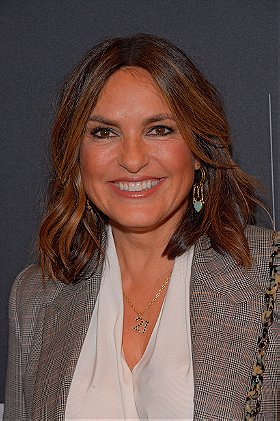 Mariska majored in theater at UCLA. Her first motion picture feature was the cult favorite, Ghoulies (1984), where she gave a memorable performance as Donna. Unlike her mother Jayne, who had changed her name, her hair color, and did nude pictorials to become a star, Mariska took a very different approach on her journey to become a star. She rejected advice to change her name and appearance. And she refused to copy her mother's sexy image by turning down nude scenes in her next film "Road Trip" (1985). She told casting directors that she was her own person when she held onto her dark locks and athletic figure, when they were expecting another blond, buxom Jayne Mansfield. Mariska continued with her acting classes and waited on tables, while she landed forgettable roles in short-lived television shows. She appeared a few times on the nighttime soap "Falcon Crest". She also appeared in the hit film Leaving Las Vegas (1995), credited as 'Hooker at the bar', and in the flop film Lake Placid (1999) as Myra Okubo. Her recurring role on the top-rated show "ER" in 1998 gave her career enough of a jolt to land her the starring role of Det. Olivia Benson in Law & Order: Special Victims Unit (1999), the first spin off from the excellent franchise of Law & Order (1990). The hour-long show deals with sex crimes and the detectives who solve these cases. Mariska played Olivia as a tough, compassionate detective, who did action scenes and her own stuntwork. She reaped the rewards from the hit tv show, after struggling and studying her craft for fifteen years. She became the highest paid actress on television, and she won Emmy and Golden Globe awards for her performance. The show also changed her personal life, since she met her husband actor Peter Hermann on the set and married him on August 28, 2004. That same year, she appeared in the television movie Plain Truth (2004), in which she played attorney Ellie Harrison. Mariska became an activist, when fans of her show who were abused, would write to her, and she founded a non-profit organization called "Joyful Heart Foundation" to help "survivors of sexual assault, domestic violence, and child abuse."

Mariska gave birth to her son August in 2006. But that tremendous joy was soon followed by tremendous sadness when her beloved father Mickey died just two months later at the age of 80. Mariska and her husband Peter adopted two children, a girl named Amaya, and a boy named Andrew, within a span of few months in 2011.

Mariska speaks English, Hungarian, French, Spanish, and Italian, and her husband also speaks several languages, including his native language German. They divide their time between New York and Los Angeles.

Education: majored in theatre at UCLA, but quit shortly before graduating.

Founder and president of a non-profit organization to aid the victims of rape - The Joyful Heart Foundation.

Has a photograph of her mother, Jayne Mansfield, on her desk on the set of 'Law and Order: SVU'.

lovedriver posted a image 3 weeks ago

Henny voted for an image 1 month ago

"Olivia BensonLaw & Order: Special Victims Unit "Once you tell your story, it can be empowering.""

dvirgueza added this to a list 8 months, 3 weeks ago

Defenestrated Jack added this to a list 9 months, 3 weeks ago

donpa voted for an image 1 year ago

Xenomorph voted for an image 1 year, 7 months ago

Duckman posted a image 2 years ago

Duckman voted for an image 2 years ago

Dan Mann voted for an image 2 years ago

lovedriver voted for an image 2 years, 1 month ago