Beautiful Films: The Colour of Pomegranates 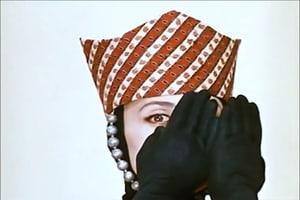 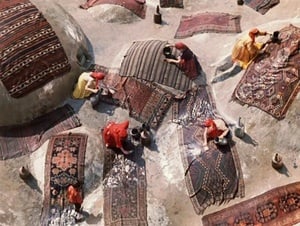 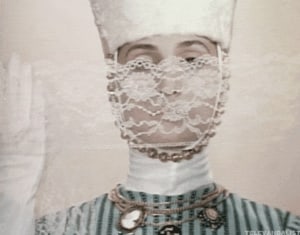 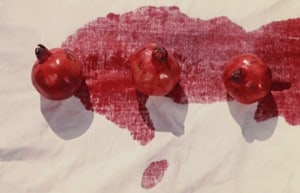 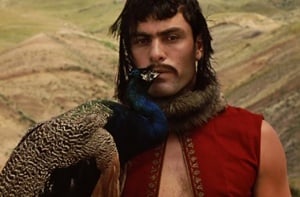 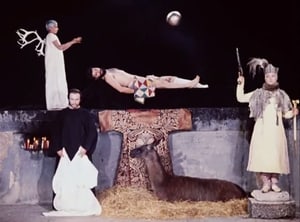 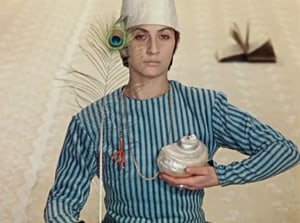 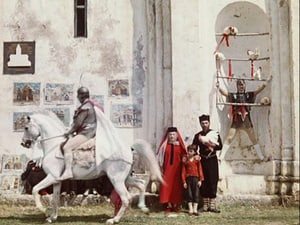 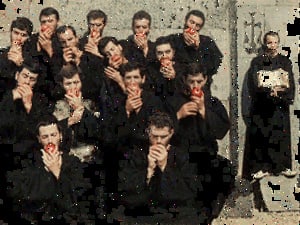 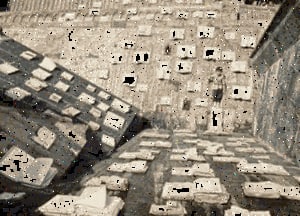 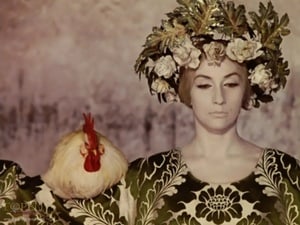 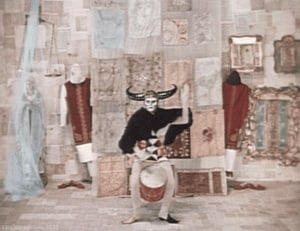 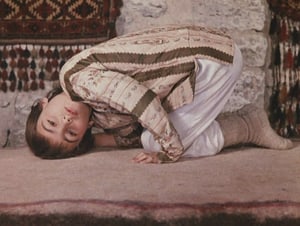 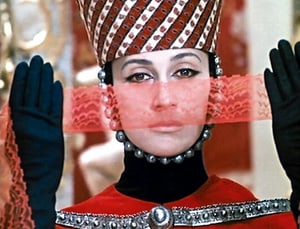 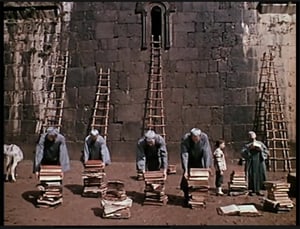 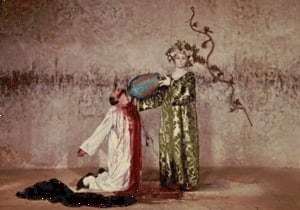 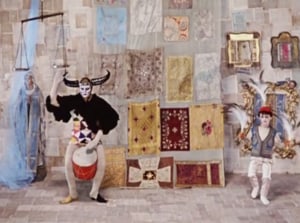 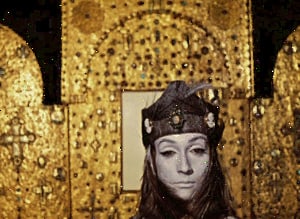 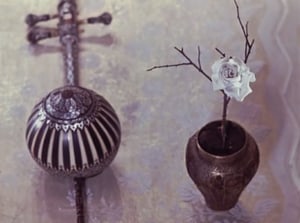 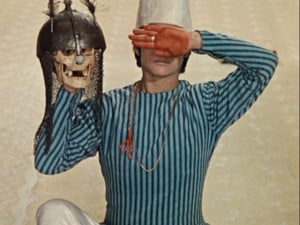 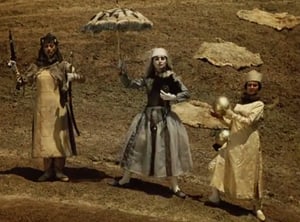 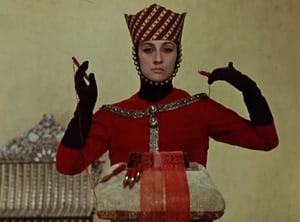 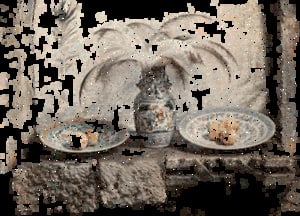 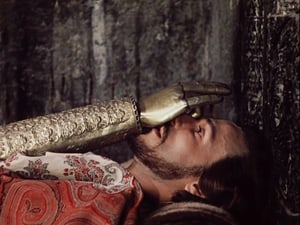 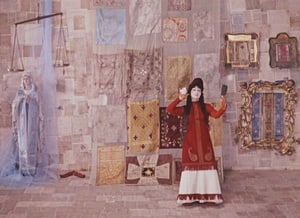 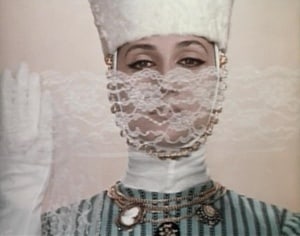 Sayat Nova/The Colour of Pomegranates "is a biography of the Armenian ashug Sayat-Nova (King of Song) that attempts to reveal the poet's life visually and poetically rather than literally. The film is presented in a form of static tableaux and depicts the poet's coming of age, discovery of the female form, falling in love, entering a monastery and dying, all framed through both Sergei Parajanov's imagination and Sayat Nova's poems. Actress Sofiko Chiaureli notably plays six roles in the film, both male and female. According to Frank Williams, Paradjanov's film celebrates the survival of South Caucasus culture in the teeth of oppression and persecution: "There are specific images that are highly charged — blood-red juice spilling from a cut pomegranate into a cloth and forming a stain in the shape of the boundaries of the ancient Kingdom of Armenia; dyers lifting hanks of wool out of vats in the colours of the national flag, and so on".

The director had claimed his inspiration was "the Armenian illuminated miniatures. I wanted to create that inner dynamic that comes from inside the picture, the forms and the dramaturgy of colour." Parajanov once made a speech in Minsk in which he asserted that the Armenian public very likely did not understand The Color of Pomegranates, but then said that people "are going to this picture as to a holiday"."
(Wikipedia)

Astonishing Facts About The Great Wall Of China... by Milena

Directed by John Dahl by Leo

A Grand Tour of South America by Kenji

My Favourite German Films by Kenji