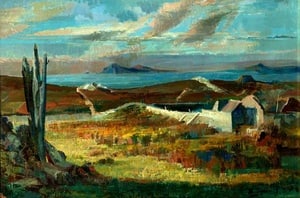 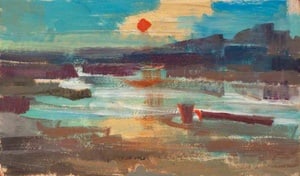 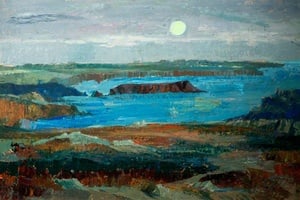 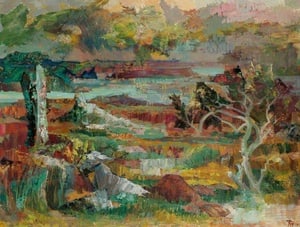 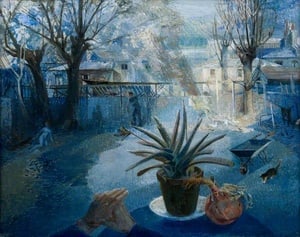 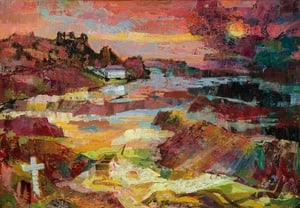 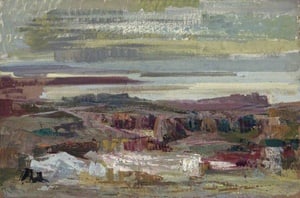 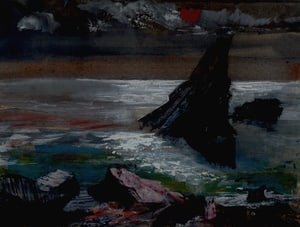 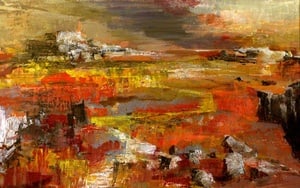 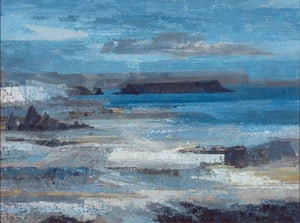 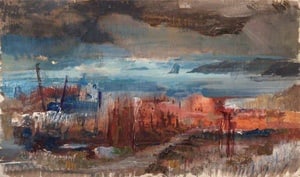 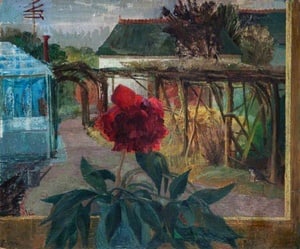 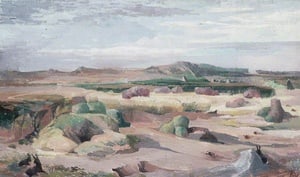 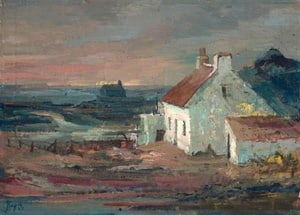 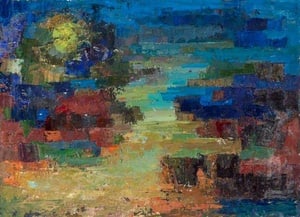 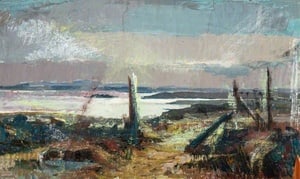 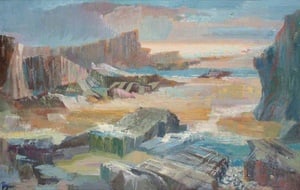 Rosemary (known as "Ray") Howard-Jones (1903-96) grew up near Cardiff and on a visit to Pembrokeshire as a child fell in love with the coastline that was to pull and sustain her throughout her life. After being an official war artist and moving to London, she continued to spend long periods on the uninhabited island of Skomer with its puffins and seals- for years with her long-term partner, photographer Ray Moore, then as a rather eccentric recluse.