My Favorite Characters in Film 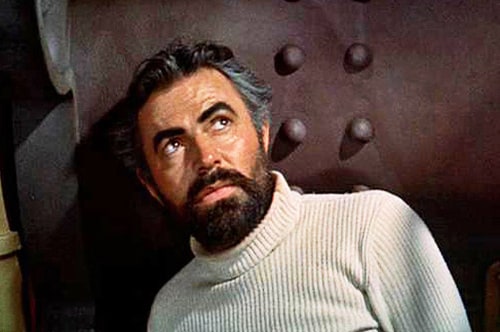 Years before I watch Star Wars and get to know Darth Vader, James Mason as Captain Nemo was the first villain (or is it anti-hero?) that I caught myself cheering for.

I was five or six, didn't knew who James Mason was nor Kirk Douglas, much less Jules Verne; yet Mason hipnotized me. Still does.

He gives such a compelling performace to a character who could easily be just another caricatural villain. His British class and accent, his Shakespearean intensity makes 20,000 Leagues Under the Sea an even bigger delight to watch.

The scene with the giant squid attack on the Nautilus is also very impressive, even today.
diabolical dr voodoo's rating: 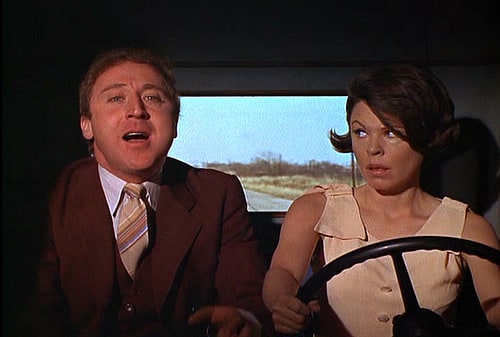 Gene Wilder was a genius. But that's nothing new. Everyone who knows his work knows that.

In his cinematic debut, you get exactly why he is genius in the very few minutes he's on screen.

Eugene hitches a ride in Bonnie and Clyde's car with his fiancée. And they're all very comftable with it all, till he sees Buck's shotgun (in a moment, I might add, that Buck wasn't being scary, but funny). That's when you can clearly see his mood turning completely around. His desperation at that very moment is palpable.

Him trying to play cool is comedic gold. Every time he laughs at someone's jokes, he's actually ready to burst into tears, yet trying so hard not to give it away. Genius.

This scene is scary and funny at the same time, thanks to Mr. Wilder.
diabolical dr voodoo's rating: 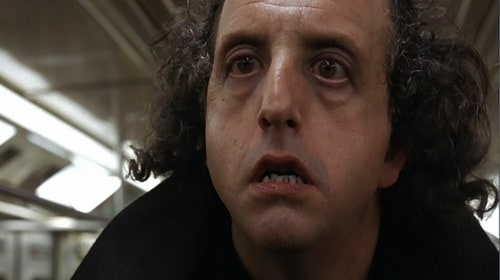 He steals the show. Schiavelli was such a great actor, who gave such charisma and melancholy to a character that if done by a lesser actor, would be completely forgettable.

Without a doubt, I would love to have watched a spin-off of his story.

I watch Ghostbusters since I was a kid. It's one of the films that made me love cinema. I loved it as a kid and I still love it as an adult, for different reasons now, but I still do.

To put it simple, Murray has a way of acting that it's his own. He's sarcastic yet hugely charismatic and he gives all that to Venkman without sounding unrealistic. You don't see Bill Murray in Ghostbusters or Ghostbusters II, you see Peter Venkman.

What's not to love about Christoph Waltz' Colonel Landa? A f*cking Nazi!

He's one of the most intelligent, fast thinking, sarcastic and selfish characters ever to be put on film. His smarts are a match only for his evilness.

Colonel Landa is always many steps ahead of everyone else and he always wants to finish on top. He doesn't care if he's doing his duty or not. Everyone is afraid of him, and every time he's on screen (thanks also to Tarantino's writing) it's a bone chilling moment!
diabolical dr voodoo's rating:

Kurt Russell is a very underrated actor. All his partnerships with the also much underrated director John Carpenter are no less than cinematic gems. The Thing being the highest moment of their five movies together.

This claustrophobic tale of complete mistrust is one of the greatest Masterpieces of all time, not only in horror but in general. Carpenter creates an enviroment of paranoia and misleading situations that keeps the spectator on edge from the first minute to the last.

MacReady (Kurt Russell) turns out to be an unlikely leader in this outrageous situation and has to find a way to smoke the monster out. What makes this character so compelling is that his decisions are not always the right one, what makes him flawed, more human and relatable.

The Thing is easily in my Top 5 Films of all-time.
diabolical dr voodoo's rating:

A completely incorruptible policeman, who knows deeply the gears that turn the Chicago PD of the 1930s, finally finds a partner in Eliot Ness to fight corruption as he has always dreamt of.

Malone thinks exactly like Ness and he has twenty more years of knowledge and experience than his partner does. He knows how and exactly what to do, not caring who gets hurt in the hunt.

A badass in every possible meaning of the word. Sam Malone is no doubt the best character in The Untouchables (in a film already with Robert De Niro as Al Capone and Billy Drago as the creepily awesome Frank Nitti).

There is an excellent reason he's not the 'Good' nor the 'Bad' of the title.

With all his flaws (and there are many) Tuco is one of the most empathic and multi-layered characters in movies. You can't help but love that guy and hope he finds his happy ending.

Sorry Blondie, this movie is Tuco's all the way through.
diabolical dr voodoo's rating:

Main characters or not.

The Fashion Industry in Films by PulpRoman

What If Psycho Was Made in Another Decade? by diabolical dr voodoo