The acting is good but the plot gets boring after a while.
Helen's rating:

I love Emily Blunt so much. Her acting sensibility really gets me but the movie isn't as great as I expected after reading the book. It's not a bad movie but it can get a bit boring for those who have read the book maybe.
Helen's rating:

I am a bit disappointed with this movie tbh... I was expecting something more or at least something else. I am not saying it's a bad movie as it has an interesting plot wrapping all the disease that the main character suffers mixed up with a deeply love story but it has quite a slow and uninteresting parts.

Negative part: At the beginning of the film, it got a bit difficult to watch because the young protagonist seems weird but not because of the disease but because it looks kinda fake... I didn't get much of what the character was feeling (maybe it's just me) and it annoyed me a bit because evolved around him. Then I think some parts lasted for too long it got a bit boring and maybe they could've avoided them offering the viwers more curious scenes but eitherway it was bearable. I also felt it like it was (ironically) quite monotonous and they could have showed us more about the environment or smt.

Positive: It tells us about a very unusual and intriguing
history that wants you to know more about and it's portrayal is quite good. You can appreciate love that comes from family, friends and lovers as well. I thought the end of Benjamin's story was pleasantly nice. Also, the dialogue it's very inspirational with interesting characters and challenging life-perspectives. I saved a lot of quotes from this movie.

Director: David Fincher
It definetely shows his characteristic vintage cold and dusk effect. It still gives me that fragile and furious "time is getting old" vibe. It felt more aesthethic the movie than what I had expected, coordinating all the elements in the picture.

About the cast: I fell in love with Taraji P. Henson character and her perfomance. She was great in the whole movie. Then, also liked Mahershala Ali, Jason Flemyng, Lance E. Nichols... But when it came to Brad Pitt, it just didn't feel right. And I love him a lot and I think he was pretty good in some parts but I just didn't see him in the character much... It was kinds plain and I got a bit bored in some parts. This affects and intertwines with Cate Blanchet perfomance. She's so beauteous and you get the feeling that you want to see more of her just when you realize there's nothing else or much to see as I got bored already... Overall, their perfomance is quite nice considering it is a difficult character to play but there's something that seemed off to me.

I really liked this movie because it has a great combination of successful factors. First of all, Lisa Cholodenko makes a great work with the direction of this film that reminds me of those '80 homemade movies I used to watch with lovely backgrounds and realistic views. Also, the casting is wonderfully made. It's like every single of the actors were born to play these characters as they fit very well and they absolutely give an amazing portrayal of what could be seen as a special family looks like in a way that warms your heart and it's so genuinely beautiful and ordinary. Annette Beningand Juliette Moore defenitely deserve more recognition for their stunning perfomance. Also, Mark Ruffalo makes the perfect contribution. And what should I say about Mia Wasikowska? This girl is going to get so far I can already smell an Oscar! She and Josh Hutcherson are amazing young actors: Josh is terribly good at playing the sensitive and tender boy. Lastly, the plot is great and crazy realistic even if it sounds quite ironic as it describes a family of homosexual parents without going deep into prejudices or superficialities and I feel like we need more movies like these, that do not crave dramatically into these issues and treat the LGTB community as it deserves to be trated: as people.

Suggestion: If you are with friends or just bored and you want to get reaaaaaally drunk, I dare you to drink everytime there's an awkward moment in the movie. 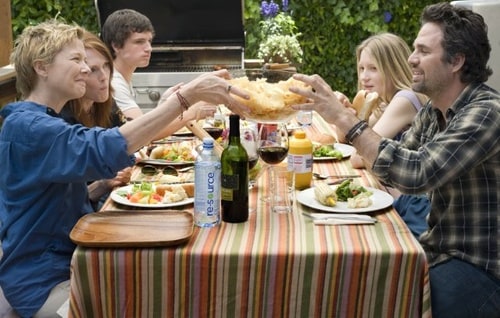 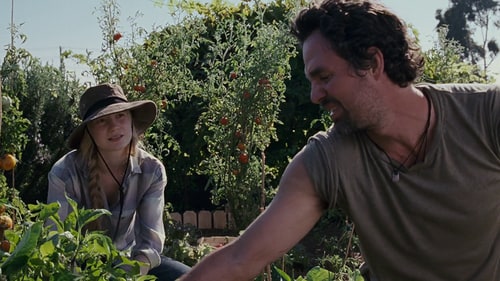 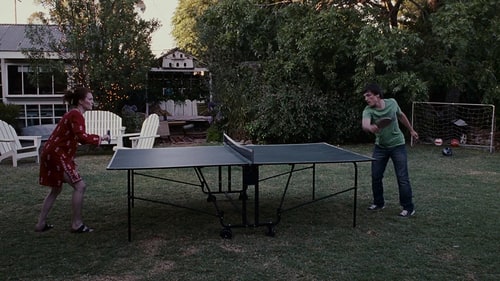 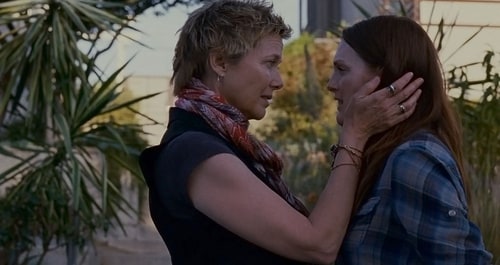 7.5
A Monster Calls (2016)
8/10 - I don't give it a 9 just because isn't a genere that I am fascinated about like I could watch it once or twice more but not an unlimited number of times although it probably deserves to get a +8.

This is one of the most deepest and emotional films I have ever seen. It gets into your skin and touches your heart such a poignant way that is almost impossible not to feel moved. There isn't a scene where you can emotionally rest because it is so loaded with the background that the young boy carries inside. The plot is tremendously well thought and it tells quite a realistic event of a young boy who's mother is sick in a stirringly special and innovative way. The monster of this film has many meanings, for each person who sees the film may be different but we all agree that is pure wisdom and makes you think about life as we know it.

Director: Juan Antonio Bayona
I have seen The Impossible, another movie of him, and with these two he proves that he won't fail to make you cry. He's such a hard worker director and you can see that on both films, he tries his best and that's why his work is magnificient. I was blown away by the color of the film, the picture is delightful.

About the cast: It is fairly static but enough. Lewis MacDougall is the boy next door. I am still stunned with his portrayal of the character... No wonder why it took so long to cast the boy: they were waiting for the perfect one and they got it! Also it has more familiar faces like Sigourney Weaver, Felicity Jones and Toby Kebbell. But seriously Lewis and the monster are the ones that outshine and they are incredibly good at it.

The special effects technics deserve an Oscar. Or maybe a hundred.

My rating criteria based on IMDb rating scale:
1. ‘Do Not Want’ - God awful. You really wish you had done something more worthwhile.
2. ‘Awful’ - Still awful, but has at least one thing that is done well. You would never ever want to watch this again except maybe for that single good part.
3. ‘Bad’ - Bad, but you agree that watching this film was an OK pastime on a lazy weekend. You could have better spent your time, though. You will definitely avoid watching it again.
4. ‘Nice Try, But No Cigar’ - Still bad, but is ‘almost there’. Either it has some good parts that are ruined by bad parts, or it stays at a constant level of “it had promise but the good part never came”. You still would never want to watch it again.
5. ‘Meh’ - It's not good, not bad, just acceptable. This movie is either an equal mix of good and bad parts. If you would be given this movie as a present, you would sell it or give it away.
6. ‘Not Bad’ - It has some aspects that lift it above mediocrity and make it quite enjoyable to watch, but it either never becomes really good, or if it does, it still has some bad parts that drag it down.
7. ‘Good’ - This movie is really worth watching and you would watch it again spontaneously, but not too often. It's very enjoyable despite some noticeably uninteresting parts.
8. ‘Very good’ - This is the kind of movie that you could watch again several times, even though it is clearly not perfect.
9. ‘Excellent’ - It is almost perfect. You could watch this movie again almost an unlimited number of times. It still has something significant you don't like, therefore you don't give it an outright 10.
10. ‘Perfect’ - You could watch this movie until eternity without ever getting bored by it. With each viewing you discover something new or see something in a different light, and/or the key scenes still thrill you even though you know them by heart. This movie has nothing in it that is less than good. If there's anything that is not perfect, it is greatly compensated for by something else that is stunningly brilliant or gripping.

Actors born after 2000 by Helen

Childhood cartoons and anime by Helen

Actors I can't stand by Helen

You make me LOL by Helen