Well put. Like I said before, I’ve started to grow fond of people who like the MOTHER games, but to put that in a cooler way, I might say, “The very lives you’re living now are MOTHER 4." I really feel that way. “Today we had lots of ridiculous thoughts, today we felt sadness, today we laughed a lot.” That’s what I had set out to do within the world of those games. - Shigesato Itoi 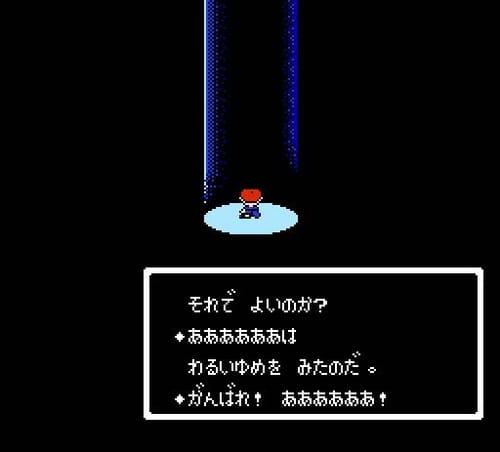 The US President of Nintendo says he's a huge Mother fan but unfortunately bringing the Mother trilogy into the US won't add enough 'business momentum', maybe because of legal issues of the sequels. Mother 1 was officially translated by Nintendo, but Nintendo doesn't have plans to release it outside of Japan.

If you mod the Mother 1 part of the game I recommend using the Easy Ring if you're new to JRPGs or don't want to spend a lot of time grinding or leveling up (Mother is infamous for the difficulty, especially when you reach Mt. Itoi.) This version of Mother 1 is the best version.
Mr. Saturn's rating: 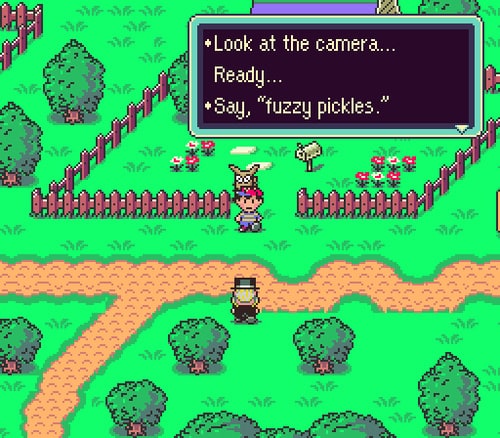 The only Mother game you can legally buy outside of Japan, if you have about $100 to spend on a used Earthbound cart.
If you're playing a pirated cart you'll get a (this video contains spoilers) terrible surprise. Modern emulators don't have this problem.
Mr. Saturn's rating: 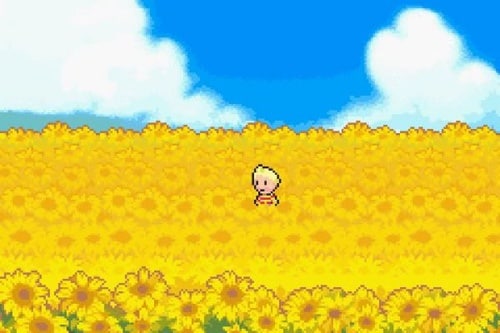 Mother 3 was going to be made on the Nintendo 64 before being canceled. Mother 3 was 30% completed according to Itoi, but canceled because of the impending release of the Gamecube, before being revived on the GBA (source).


You should read this Mother 3 interview after beating the game.
Shigesato Itoi said the Mother series is over, but don't worry because Mother 3 is the perfect ending of the series (it's my favorite game from my favorite series of all time).

Itoi said in an interview


I’m not going to release a MOTHER 4; MOTHER is over now. But lately I’ve started to really appreciate having released three MOTHER games... in my eyes, I see them as unfinished works that I’ve left sitting there for someone... to take the baton and run with it.

Fans have started a Mother 4 fan game; I have no idea when it will be released.
Mr. Saturn's rating:

The first Mother game was created by Shigesato Itoi after he played Dragon Quest. He was also inspired by John Lennon's song Mother.

Itoi wrote and designed the game, and Mother 1 was produced with great input by Shigeru Miyamoto (known mostly for Zelda and Mario).

I recommend this newcomers guide.
The Starmen.net walkthroughs are the best.
Mother (Earthbound 0)
Mother 2 (Earthbound)
Mother 3

If you're a fan of letsplays, youtube user chuggaconroy has excellent letsplays for the mother trilogy.

For Mother news, you should visit Earthboud Central.

Please tell me if you have any good links about the Mother trilogy I didn't include.

Unfortunately, the trilogy can only be played with illegal translations.

Please buy the Mother games if you beat the games and if they ever come to your gaming region (I know I will).

The worst films of the 10's by Agent Kermit D. Fonz

I Want to play PS2 by almozayaf666

My Horror and Thriller Lists by Mr. Saturn