When Hubbell (Redford) is offered the opportunity to adapt his novel into a screenplay, Katie (Streisand) believes he is wasting his talent and encourages him to pursue writing as a serious challenge instead. Despite her growing frustration, they move to California, where, without much effort, he becomes a successful screenwriter, and the couple enjoy an affluent lifestyle. As the Hollywood blacklist grows and McCarthyism begins to encroach on their lives, Katie's political activism resurfaces, jeopardizing Hubbell's position and reputation. (Wikipedia) 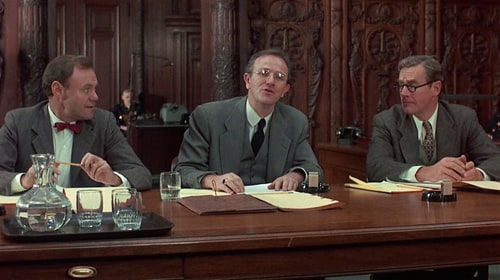 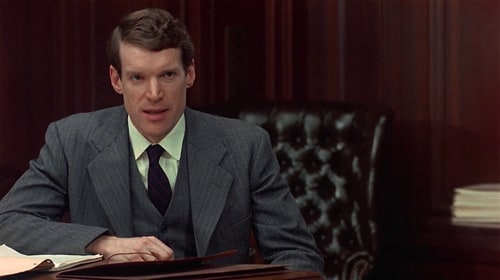 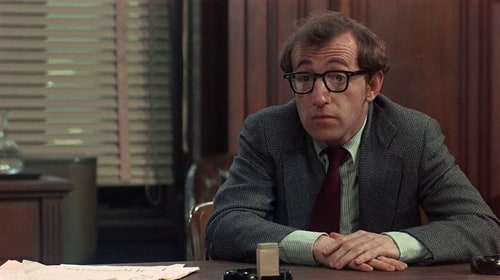 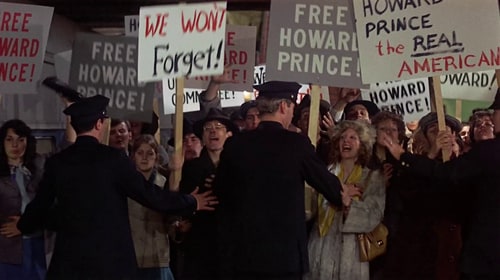 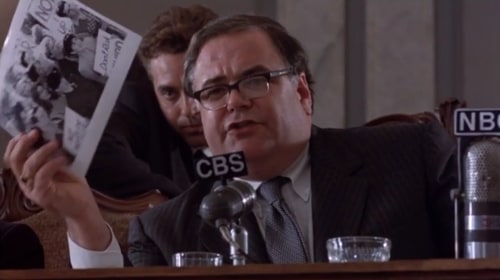 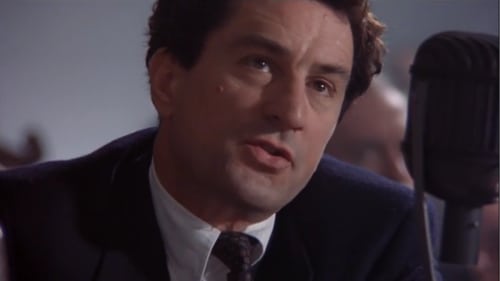 
Guilty by Suspicion is a 1991 American drama film about the Hollywood blacklist, McCarthyism, and the activities of the House Un-American Activities Committee. (Wikipedia) 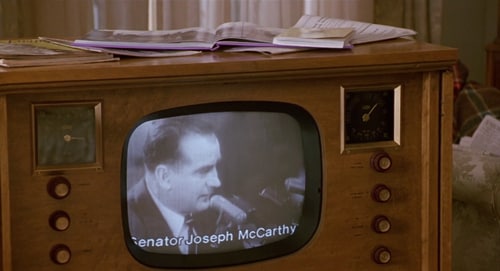 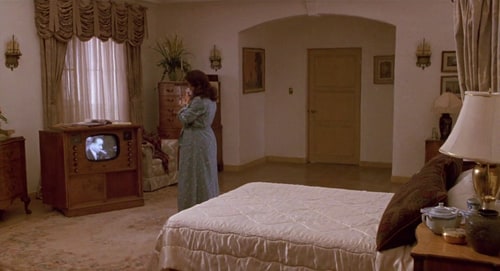 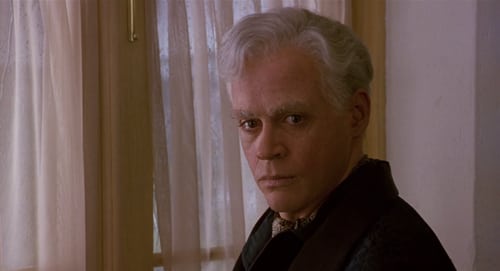 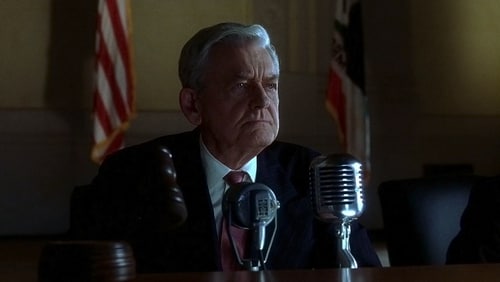 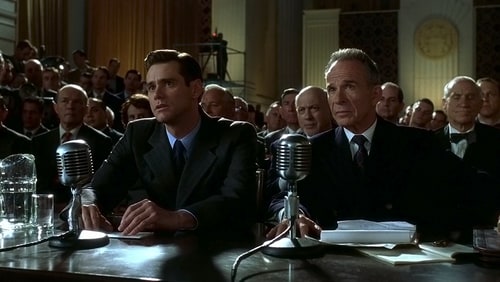 Peter changes his mind at the session, which is watched by all of Lawson on television, and confronts Congressman Doyle during the session. Peter gives an impassioned speech about American ideals, which sways the crowd, especially when he holds up Luke's Medal of Honour, and forces the lawmakers to let him go free. As Peter discusses the result with Kevin, he learns that the girl he met in college was the one that had named him to the committee. (Wikipedia) 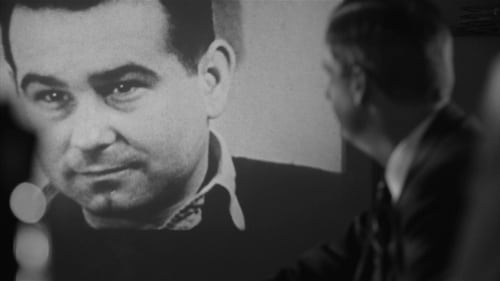 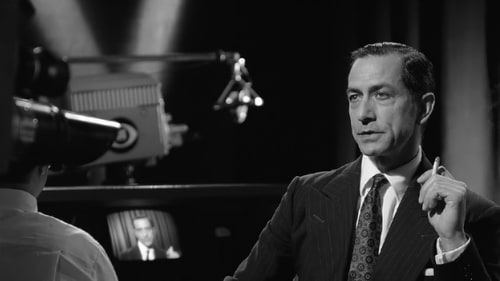 The setting is 1953, during the early days of television broadcast journalism. Edward R. Murrow, along with his news team, producer Fred Friendly and reporter Joseph Wershba, learn of U.S. Air Force officer Milo Radulovich, who is being forcibly discharged because of family members being known communists and his refusal to denounce them.

Interest is piqued when it is found that the compilation of charges at Radulovich's hearing was in a sealed envelope and nobody saw them. Murrow presents the story to CBS News' director, Sig Mickelson, who warns Murrow that the story will bring serious accusations and repercussions to CBS and their sponsors, some of whom have government contracts. He reluctantly allows the story to air, which gains positive responses from the public. Murrow also tries to ease the worries of his colleague, Don Hollenbeck, who is struggling with both the strain of his recent divorce and attacks from newspaper writer Jack O'Brian, who is accusing him of being biased in his news reporting and being a "pinko".

Wershba is then given an envelope suggesting that Murrow has previously interacted with the Soviets and used to be on their payroll. CBS's Chief Executive, William Paley, brings this forward to Murrow, warning him that if any members of his staff are associated with Communism in any way, however remotely, they would have to recuse themselves from Murrow's next story, which is a direct attack on Senator Joseph McCarthy and his crusade against Communist infiltration in the U.S. government, which some denounce as a witch hunt. Friendly and Murrow gather their staff together, and when one of the team members voluntarily excuses himself because his ex-wife had attended Communist meetings before they even met, Murrow concludes that this kind of fear is what McCarthy wants. The team stays together and presents the story, which becomes highly praised by the public and the press, with the exception of Jack O'Brian, who continues to attack both Murrow and especially Hollenbeck on their supposed support of communism. Hollenbeck pleads with Murrow to go after O'Brian, but Murrow reluctantly tells him that he cannot attack O'Brian while he is busy going after McCarthy.

As the team turns their focus to a filmed hearing of Annie Lee Moss, a Pentagon communication worker accused of being a Communist based on her name appearing on a list seen by an FBI infiltrator of the American Communist Party, they receive the news that Milo Radulovich is being reinstated by the Air Force, citing no direct evidence supporting any connections with Communism. McCarthy then asks for the opportunity to speak for himself on Murrow's show, which Murrow allows. McCarthy openly accuses Murrow of being a Communist, citing several pieces of evidence that seem to support it. Murrow broadcasts a rebuttal the following week, easily disproving McCarthy's accusations and pointing out that McCarthy didn't do anything to defend himself other than accuse anyone who opposes him as being either a Communist or a Communist sympathizer.(Wikipedia) 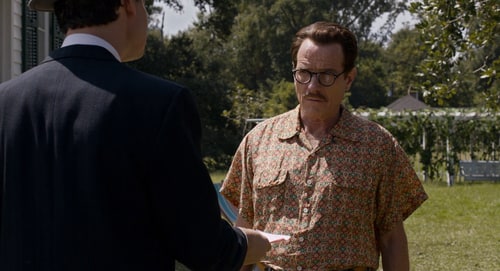 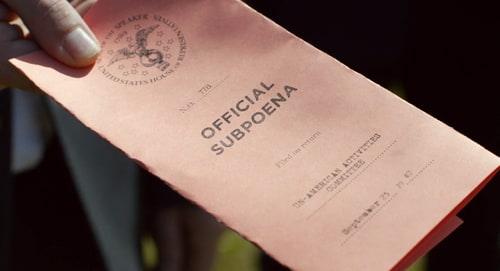 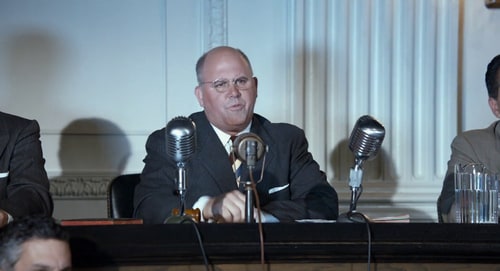 After the Republican Party gained control of the 80th Congress in the November 1946 elections, Thomas was appointed chairman of the House Committee on Un-American Activities (HUAC)–during that period, also called the "Thomas Committee." In May 1947, Thomas traveled to Hollywood to meet with film industry executives with a view to exposing what he believed was Communist infiltration of motion pictures content by members of the Screen Writers Guild. Returning to Washington, D.C., he shifted the focus of the committee to what he called the "subversives" working in the film business.

Under Thomas, in October 1947, HUAC summoned suspected Communists to appear for questioning. These summonses led to the conviction and imprisonment for contempt of Congress of the "Hollywood Ten" who had refused to answer the Committee's questions, citing the First Amendment. (Wikipedia) 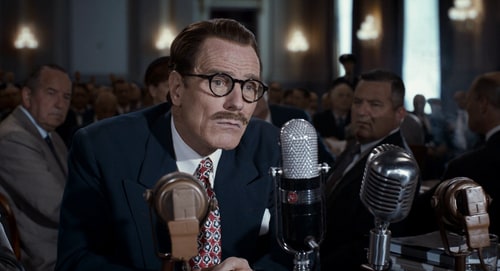 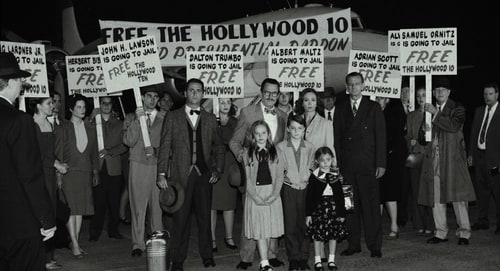 Famous figures who lived to 100 (or above) by omnivorousrex

Having A Swingin' Good Time by WendyLorene

The Fashion Industry in Films by PulpRoman

British Comedy: George and the Dragon by Holy Godiva

Defendant in Courtroom - Movies by Kandi