I always love a good manga, so if you know any good mangas out there I am really grateful of your recommendations.
Sort by: Showing 36 items
Rating: List Type:

Synopsis:
Manaka Junpei, one day goes to the roof of his school to get a beautiful view of his town. On the roof Junpei encounters a beautiful school girl who falls on top of him exposing her strawberry panties. The girl runs away before Junpei can find out her name. Junpei who aspires to become a filmaker thinks this encounter would be a perfect scene in a movie. So his search to find this girl begins with only one clue that she wears strawberry panties. 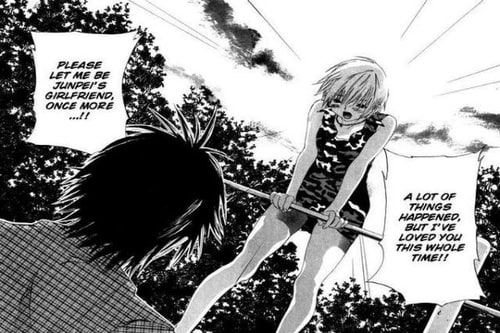 Synopsis:
In Shinjuku Kabuki-Cho, the biggest sin town in Japan, there are two crazy guys. Ichi is a coward and a wimp, but once he breaks into tears, he turns into a human weapon. With great martial arts skill and a blade hidden in his boots, he butchers a bunch of enemies into mincemeat in the blink of an eye. His arch enemy is Kakihara, a yakuza boss who's tired of everything, including himself. Only when he pierces, cuts, and burns his own and other people's bodies does he feel that he is alive. 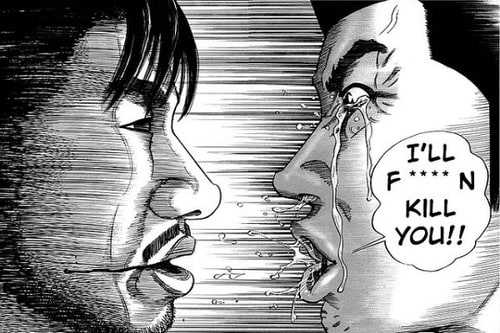 Synopsis:
140 years ago in Kyoto, with the coming of the American "Black Ships," there arose a warrior who, felling men with his bloodstained blade, gained the name Hitokiri, man slayer! His killer blade helped close the turbulent Bakumatsu era and slashed open the progressive age known as Meiji. Then he vanished, and with the flow of years, became legend.

Now, ten years into the Meiji Era, a man named Kenshin Himura appears and is revealed to be the Batousai. 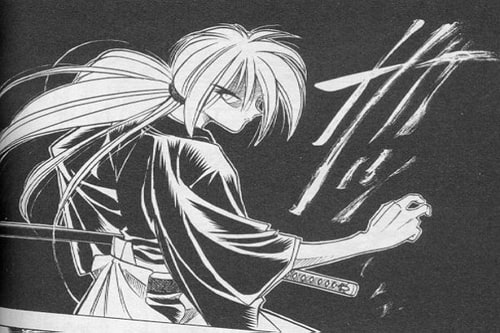 Synopsis:
In the future, random Jr. High School classes are chosen to compete in a game called Battle Royale. The rules: only one student can survive after 3 days on an island or else they all perish. Weapons are handed out and each student is sent out into the field alone and unprepared for the horror that awaits them. The classmates turn upon themselves in a battle for survival, treaties are made and broken, and former friends become foes as the relentless countdown continues. Amid the betrayals and rising body count, two classmates confess their love for each other and swear to survive this deadly game together. 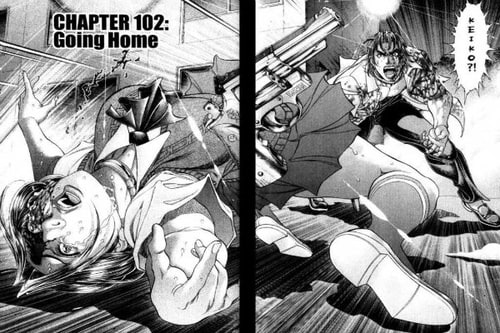 Synopsis:
Hanamichi Sakuragi is a delinquent who has never had any luck with girls. However, when he meets Haruko Akagi, he is sure that she's the one for him. Haruko is a big basketball fan and notices his potential as a basketball player (due to his immense height). Hoping to win her heart, Hanamichi earnestly tries out for the basketball team. Does this complete newbie have what it takes to even join the team? 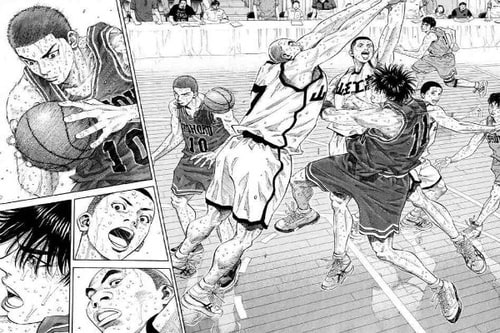 Synopsis:
Keitaro has had great difficulty getting into the university of his choice and no luck in meeting women. In a desperate effort to go into seclusion and study for his entrance exams, he decides to ask to stay in his grandmother's hotel. His plans are ruined when he discovers that the "hotel" is actually an all-girls dormitory ... and some serious distractions ensue. 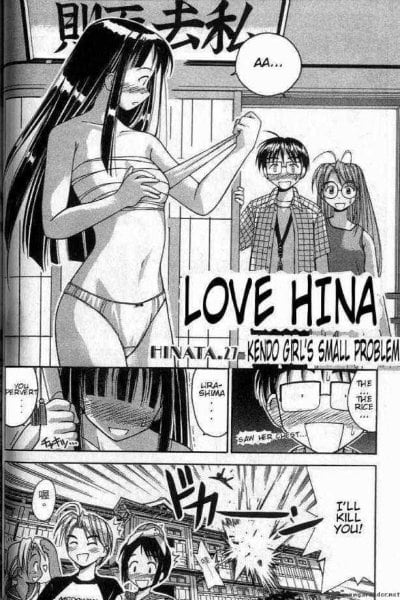 Suddenly, one day his incarceration ends, again without explanation. He is sedated, stuffed inside a trunk, and dumped in a park. When he awakes, he is free to reclaim what's left of his life...and what's left is revenge. 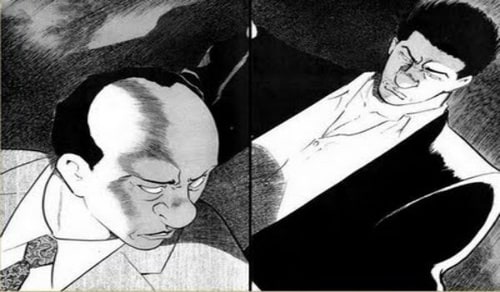 Synopsis:
Hideki's just like every other guy in the 22nd century. He just wants a good job, a good car, and a sexy robot girlfriend to call his own. Until he lands a job, he'll never be able to afford his own 'Persocom' companion. Hideki's luck changes when he discovers Chi--an adorable but seemingly "stupid" Persocom--tied up in a pile of trash. His first robot companion turns out to be a lot more responsibility than he expected, and she gets him into quite a few embarrassing situations. It's 'boy-meets-girl' for the cyber age. 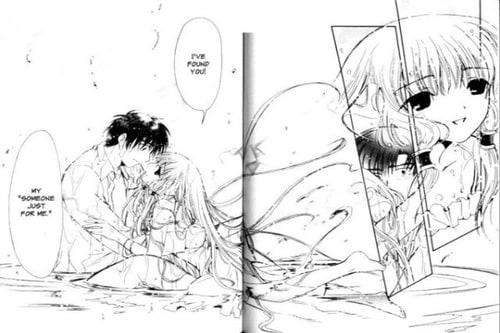 Synopsis:
Mingchao, Chinese youth and orphan, travels through the 'Old West' with the hope of gaining glory and fame. She rapidly joins with a suspicious priest, Baskerville, and together they head for Hollywood.
Throughout their journey they are harassed by tricksters and bandits. Mingchao's only memory of her late grandfather, one 'Eto gun,' appears to be on the minds of the troublemakers and supposedly gives significant power to the one that controls it. 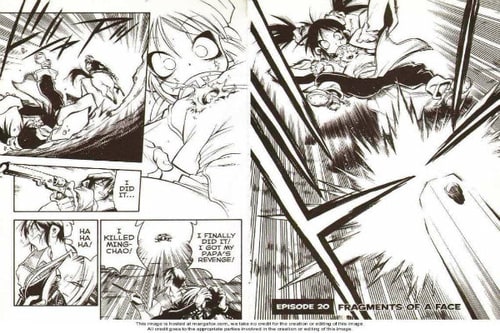 
Synopsis:
They arrive in silence and darkness. They descend from the skies. They have a hunger for human flesh. They are everywhere. They are parasites, alien creatures who must invade- and take control of- a human host to survive. And once they have infected their victims, they can assume any deadly form they choose: monsters with giant teeth, winged demons, creatures with blades for hands. But most have chosen to conceal their lethal purpose behind ordinary human faces. So no one knows their secret- except for an ordinary high school student. Shinji is battling for control of his own body against an alien parasite, but can he find a way to warn humanity of the horrors to come? 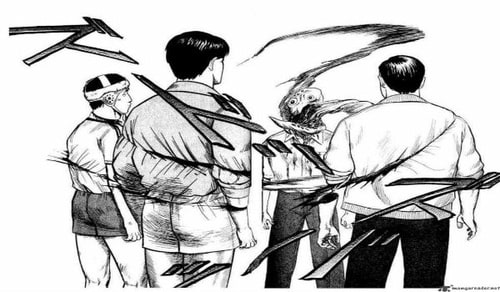 Synopsis:
Kurozu-cho, a small fogbound town on the coast of Japan, is cursed. According to Shuichi Saito, the withdrawn boyfriend of teenager Kirie Goshima, their town is haunted not by a person or being but by a pattern: uzumaki, the spiral, the hypnotic secret shape of the world. It manifests itself in small ways: seashells, ferns, whirlpools in water, whirlwinds in air. And in large ways: the spiral marks on peoples bodies, the insane obsessions of Shuichi s father, the voice from the cochlea in your inner ear. As the madness spreads, the inhabitants of Kurôzu-cho are pulled ever deeper, as if into a whirlpool from which there is no return... 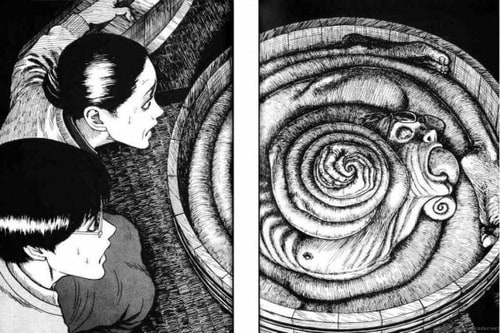 Synopsis:
Ruby Crescent is an ordinary girl, who likes to go out with boys and shop. Her life is changed dramatically when her father dies and she becomes a treasure hunter as he was. Her objective is to find O-Parts -- magical items hidden under the ground which grant people superhuman powers and can only be used by an O.P.T. (O-Part Tactician) or descendant of the Angel and Devil. She soon meets a mysterious boy named Jio who, due to having a dark, lonely past, seeks to conquer the world. Jio is hostile to her at first, but ends up travelling with Ruby as her bodyguard. When Ruby is attacked by an O.P.T. claiming to be Satan, Jio rushes to her rescue and a battle occurs. Initially they are on the losing side, but Jio releases his true power and is revealed to be not only an O.P.T., but the real Satan. Thus, the two continue to travel together in hopes of unlocking their pasts. 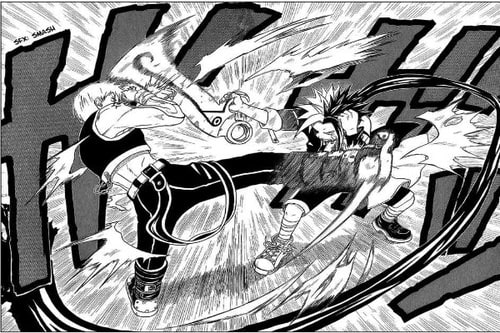 Synopsis:
In the year 2038. A police state, scheming politicians, religios sects, revolutionaries and a secret scientific project all combine to produce an explosive mixture in Neo-Tokyo. The rival groups all have their eyes on one prize: control of Akira, a boy of such destructive psychic ability that he has been held in cryo-stasis for over 30 years. A coup is planned, but there is a wild card in play: the psychic Tetsuo, an impetuous young biker who releases Akira and so forces all of the groups to make their move. 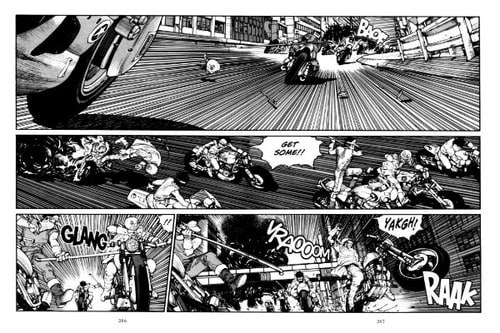 Synopsis:
There is a game going around Japan called Rabbit Doubt. The premise of the game is that all of the players are rabbits in a colony, and one amongst them is randomly chosen to be a wolf that infiltrated the group of rabbits. Every round, the wolf kills off a rabbit, and every round, the group tries to figure out which of the rabbits is actually a wolf in disguise. Sometimes the kids who play this game decide to meet up in person, and Yuu, Mitsuki, Rei, Hajime, Eiji, and Haruka have done just that. Unfortunately, one of them has decided to take on the mantle of the wolf and has already killed once. Who is the wolf, and can they be stopped before everyone meets a very unpleasant end? 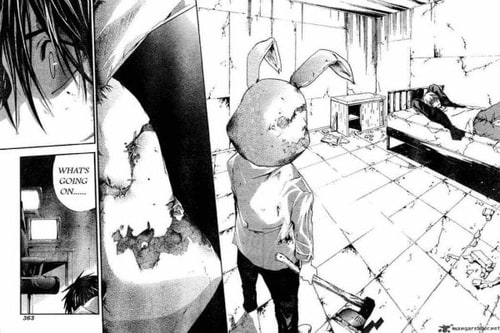 Synopsis:
Something is rotten in Okinawa...the floating stench of death hangs over the island..What is it? A strange, legged fish appears on the scene...so begins Tadashi and Kaori's spiral into the horror (and stench) of the sea. 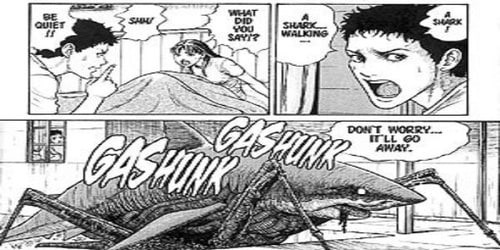 Synopsis:
Saiki Takaya, a guy who is easily misunderstood, one day finds a flask containing the succubus Lilim. She is very attractive but, she also has the tendency to drain the life force out of people. She surprises the life out of him (literally) when she kisses him unconscious. The girl, Lilim, turns out to be a succubus who gains energy by kissing guys. Lilim then flies off for more food, but returns later, saying that Takaya s life-energy was the tastiest. From then, Lilim is accepted by Takaya s parents as a live-in girlfriend of sorts, and Takaya s heart seems to start wavering towards this voluptuous devil. 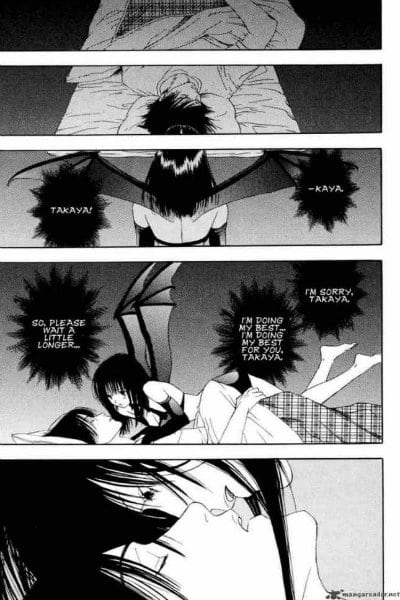 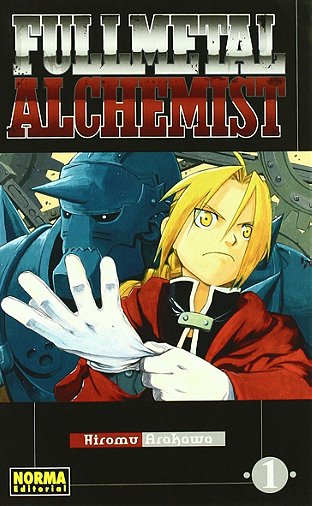 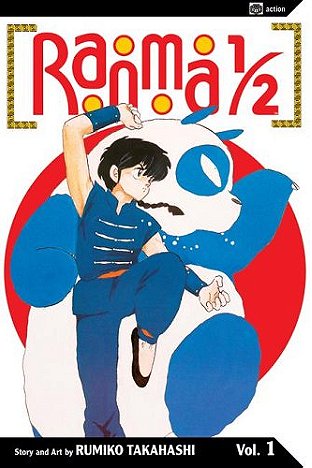 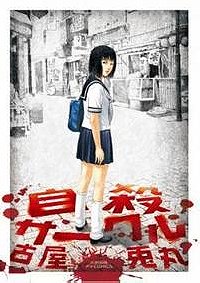 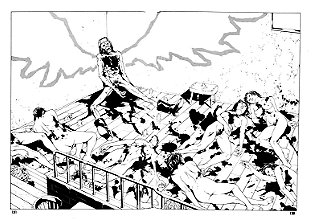 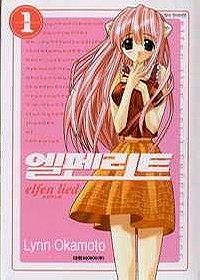 Games Played in 2011 by CelShader

The Top 11 Nostalgia Critics NC Won't Do by Taker90

Movies watches in Class by theBO

Not your ordinary Bunny. by I.T.log

The Evolution of Mickey Mouse by I.T.log

I Have Watched 74% of Studio Ghibli's Films! by I.T.log