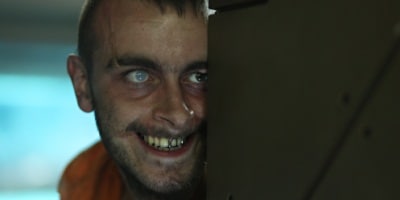 Watched some random movies with my dad while I visited on spring vacation. He really liked this one, I thought it was alright (I picked it so I'm just glad he liked it, gotta keep my movie cred). Guy Pearce's character was a comedic asshole and it worked pretty well, though you figure he'd have some other emotions throughout the film since the main plot has him arrested and sentenced without a fair trial, and then sent to an outer-space prison where all the inmates have escaped. But he was funny, got a laugh out of me a couple times. The movie suffers a bit from sacrificing atmosphere and common sense for a comedy and drama, but otherwise it's okay.

One of the bad guys, the one pictured above played by Joseph Gilgun, was severely underused. He was overshadowed by another escaped con who was much more generic. If they had just used Gilgun, or combined the two characters into one (and also used Gilgun) it would have been a much stronger movie. Anyway, him and Guy Pierce were the highlights of the film. If you're gonna watch it, watch it for them.
Mackenzi's rating: 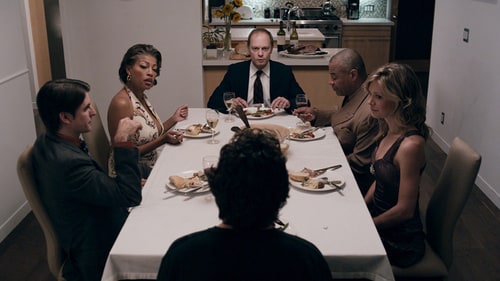 My dad won our random movie night by picking this. Rare is the film I honestly don't know which character to root for, and rarer is the film that I am so caught up in the story I don't even think about that until it's over. David Hyde Pierce was mind blowing. Damn he knows how to act, and he's got such a great face. This film knows how to lead you on. It takes a little to get going, and calms down a bit too much at the end, but the rest is full of surprises and adrenaline. Do yourself a favor, take some time and watch this.
Mackenzi's rating: 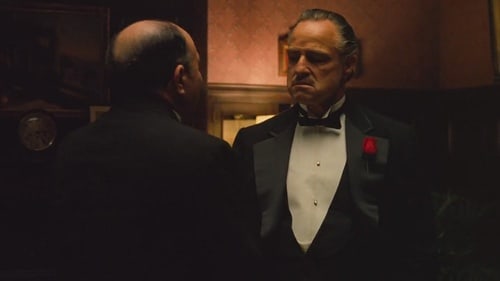 I like watching movies a lot of people say are "the best film of all time" because there's always going to be something good about it despite being somewhat overhyped. While it wasn't my favorite of all time there's no denying this is a quality movie. I think my love for Marlon Brando may leave me biased towards his character, but I was hooked on the Don's every word, totally enchanted by his performance. For me he was the best part of the film. The rest was good too, though it felt a little slow at times (I have felt this way about Coppola's films before though) and near the end I was feeling a little distanced from Al Pacino's character. His decent into cold uncaring was at odds with how I saw Brando's Don, a busy man who still cared and always made time for family. I guess my problem is liking Brando too much.

It certainly had some iconic moments, I will remember The Godfather for the rest of my life.
Mackenzi's rating: 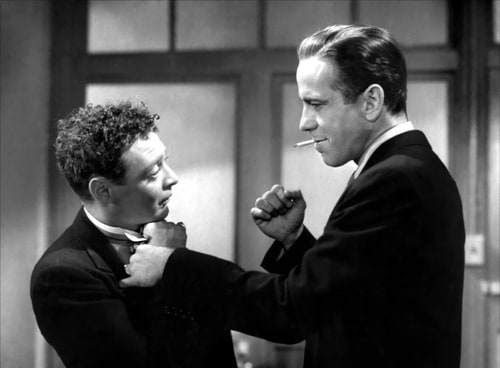 Full disclosure, I knew the ending of this movie a long time before I saw it. :( I read somewhere recently that spoilers enhances your enjoyment of a movie, and I call bullshit because I still regret not getting the full effect of the movie.
That being said I still enjoyed it. I don't always enjoy Bogart, but this time his rough kind of charm got to me and I really enjoyed him in this. His gradual entanglement into the plot was believable and engaging. Peter Lorre was a pleasant surprise and I really liked his character. He was a nice change to the big tough gunmen typical in noire films. Mary Astor's character was pleasant as well, she was a lot more than first impressions would imply and I liked that. I think the whole cast worked pretty well together and by the end it was quite getting quite exciting as things unraveled.
Sadly I was interrupted several times when I was watching this and I'll probably have to watch it again to get a feel for the true pacing of the movie. But I'd gladly watch it again, it was a good one.

Part of the 5x5 project. Thanks jaytoast for the recommendation! 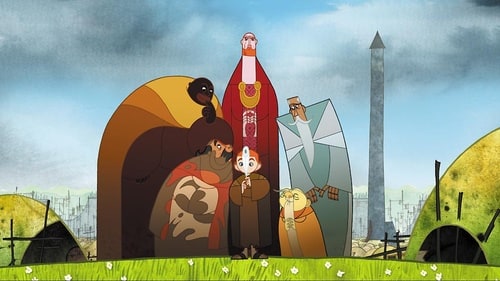 I've had this on my instant queue for a long time and I regret not seeing it sooner. It was absolutely beautiful! I was so taken away by how gorgeous and intricate it was. The animation felt a little weird at first, it kind of reminded me of an indie game, but I got used to it the more I got into the story.
The story itself is no great wonder, and truly if the movie hadn't been so pretty I wouldn't have been as enchanted by it. But I still liked it! I think it was simple and innocent and perfectly fine for the subject matter. Illuminated manuscripts are one of the most beautiful things created in this world and so many have been lost over time, being made just on paper, and seeing the story of some of the most well known pages was lovely. There were a couple small moments that felt cliche, but nothing too jarring.

So... not everyone will love it, but I found it was right up my alley and would recommend it to anyone who would give animation a chance.
Mackenzi's rating:

Not only am I way behind in updating Listal, but I have scarce few movies to add to my list this month. I did a TV show swap with a friend of mine so I spent the last month watching the Battlestar Galactica reboot ever minute that I wasn't on vacation.
I'll try to make a small comeback with these last couple days of March. In like a lamb, out like a lion?