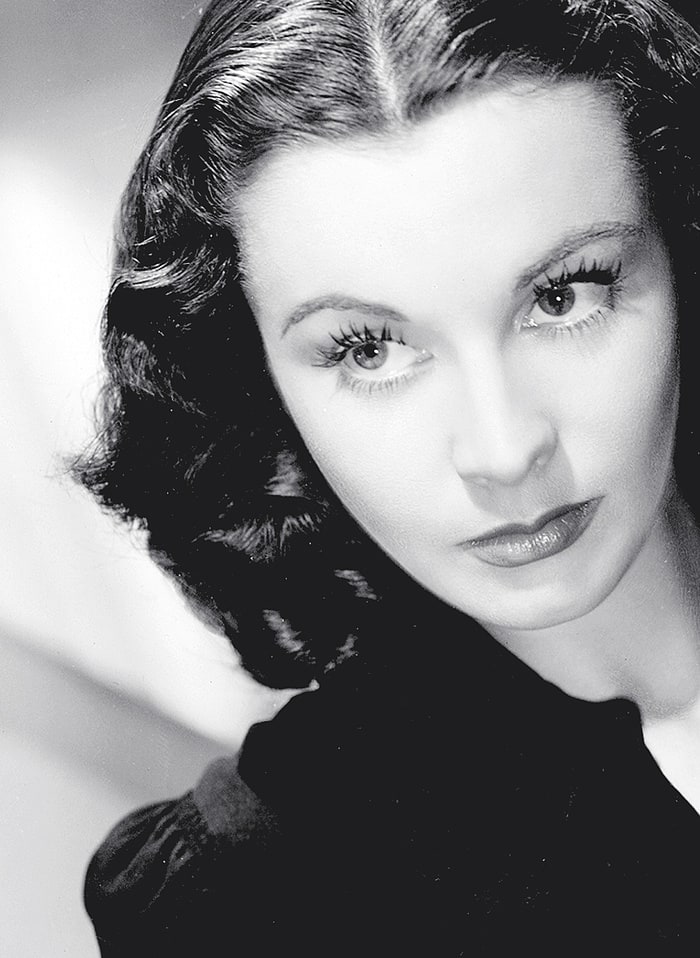 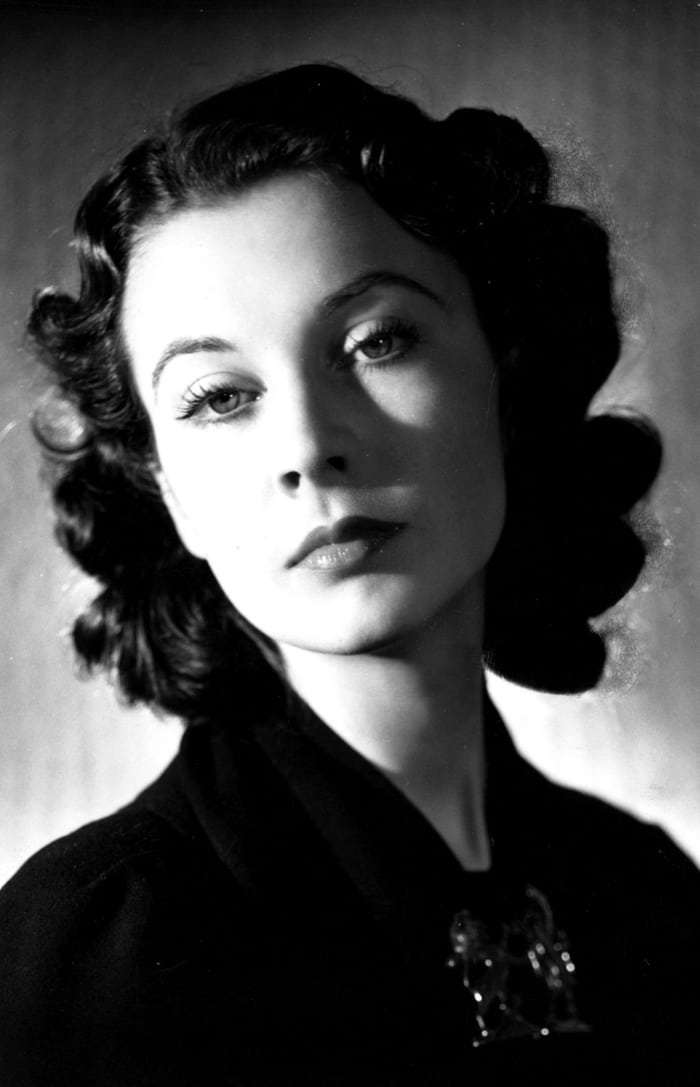 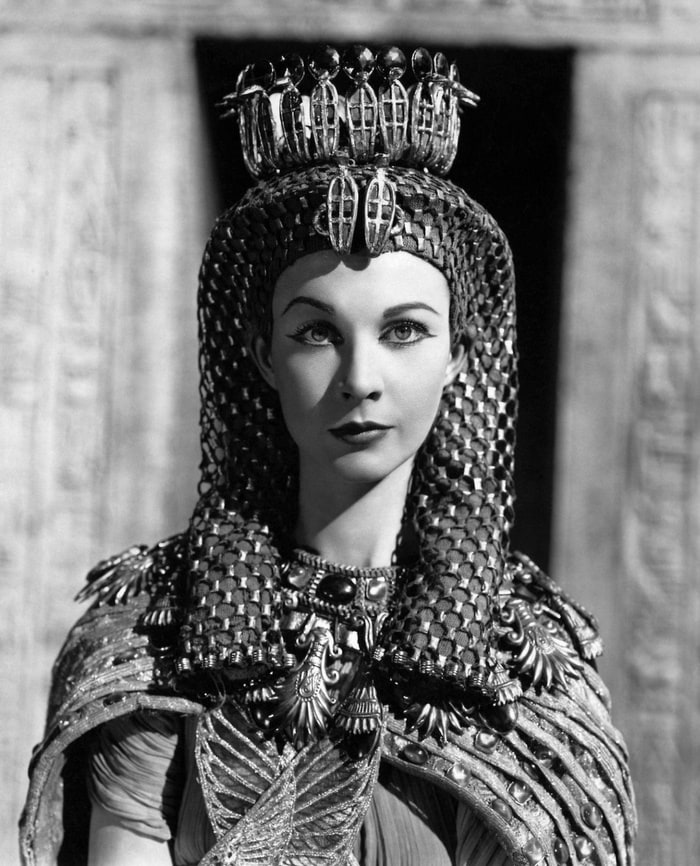 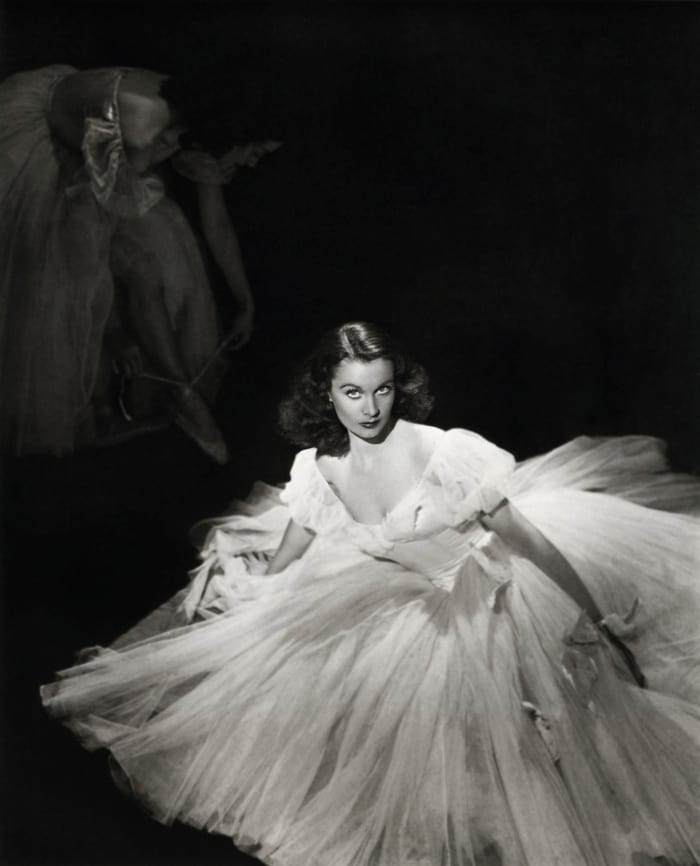 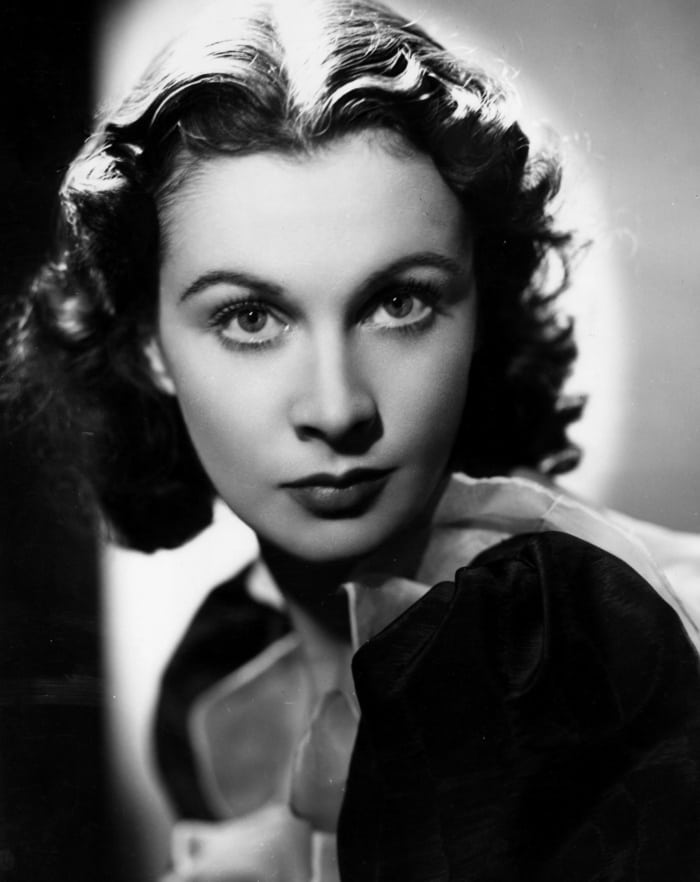 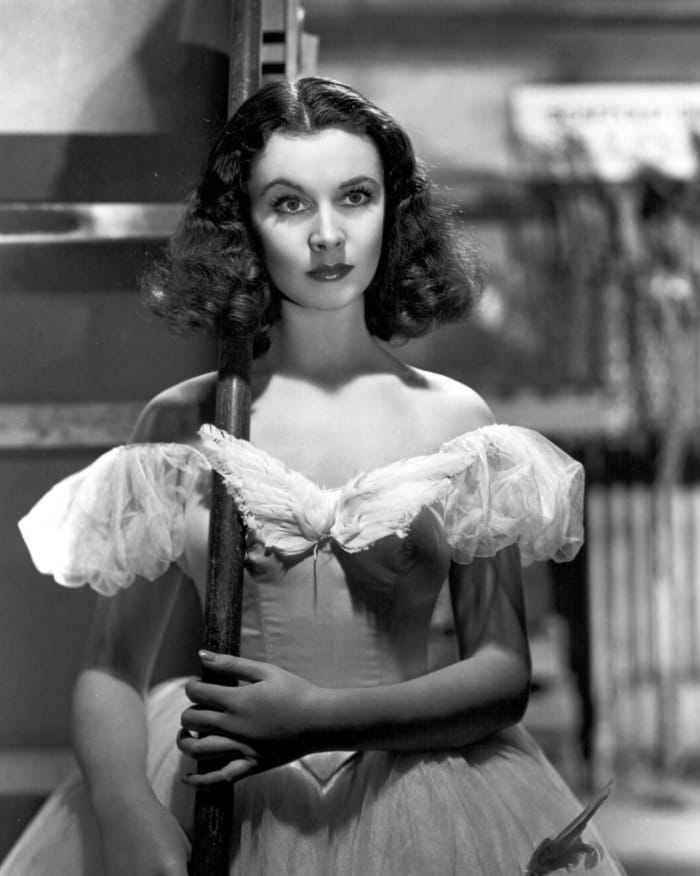 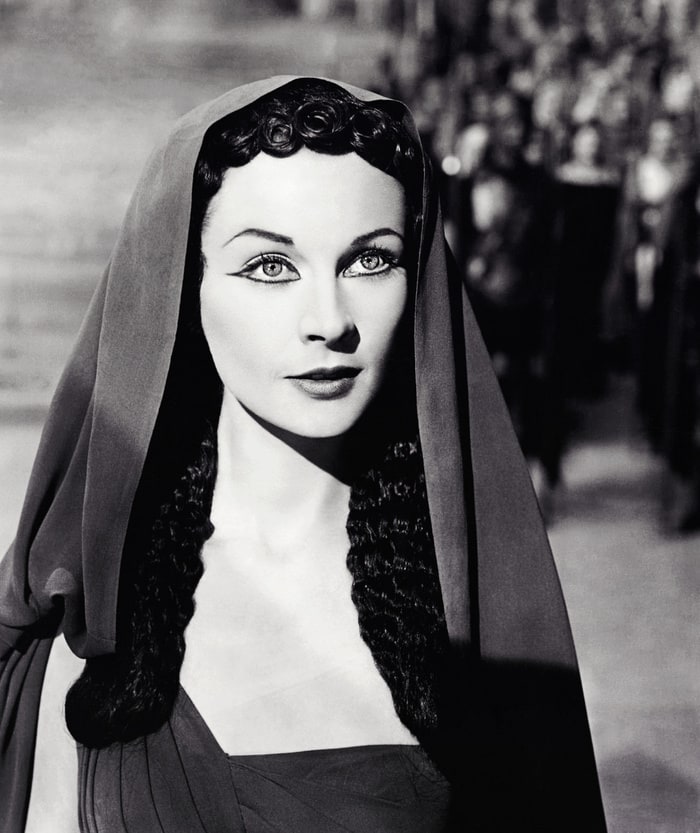 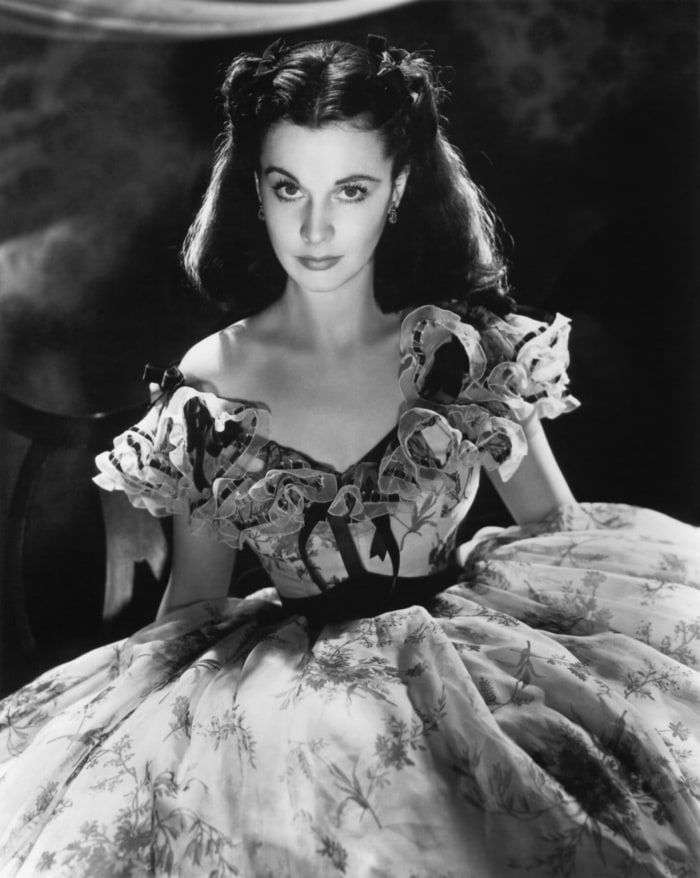 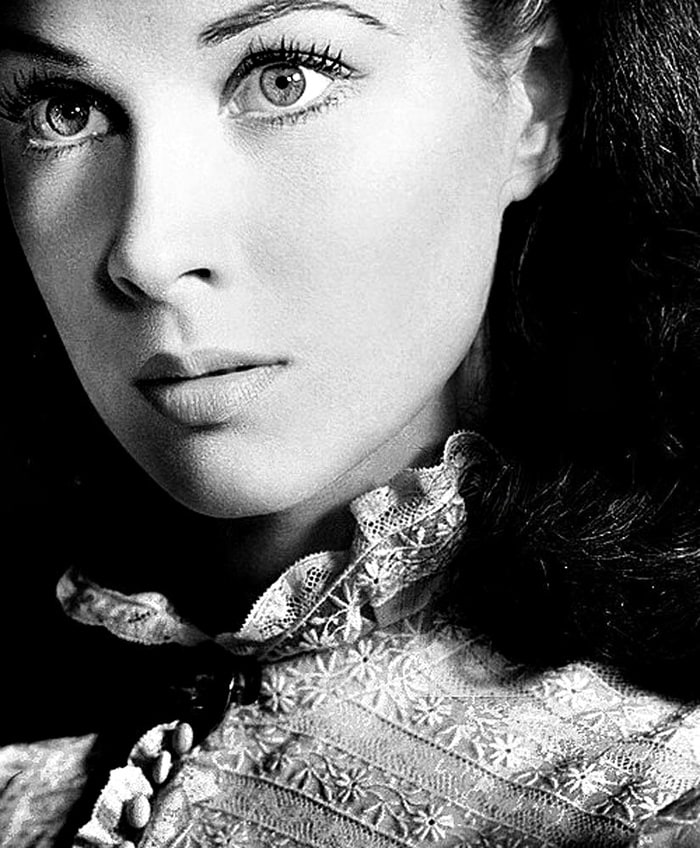 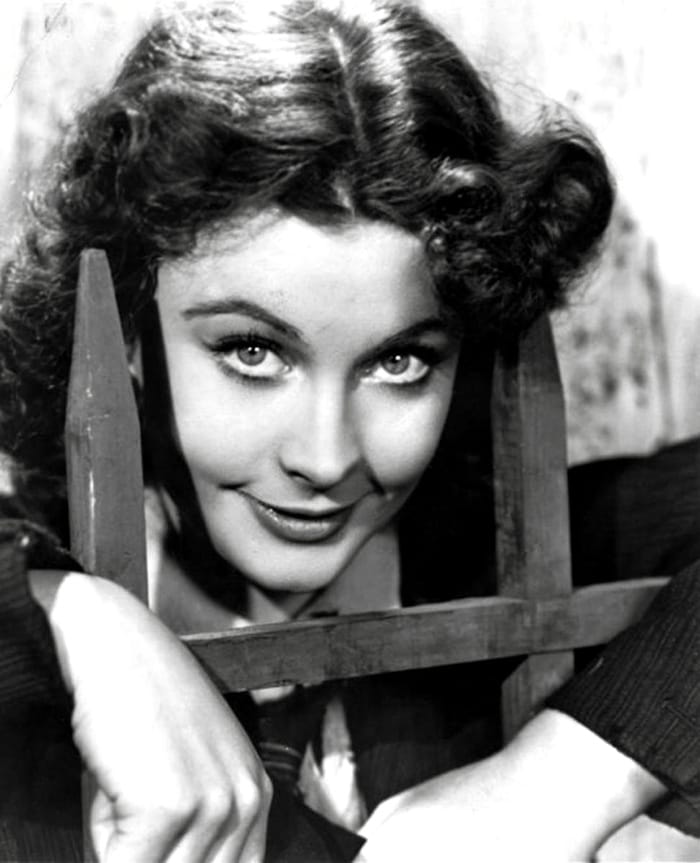 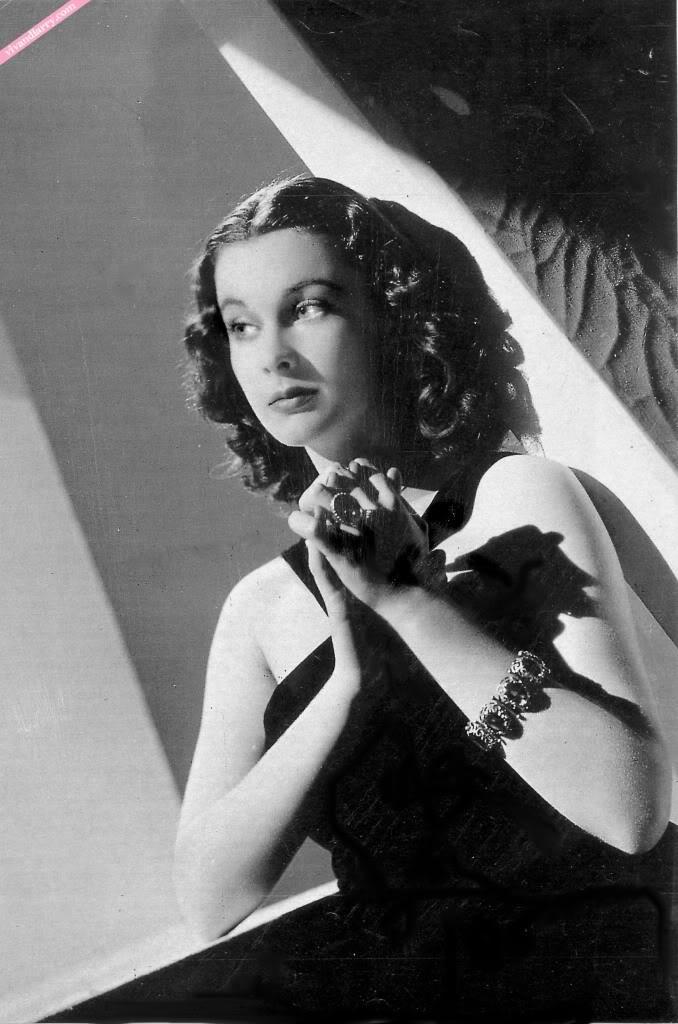 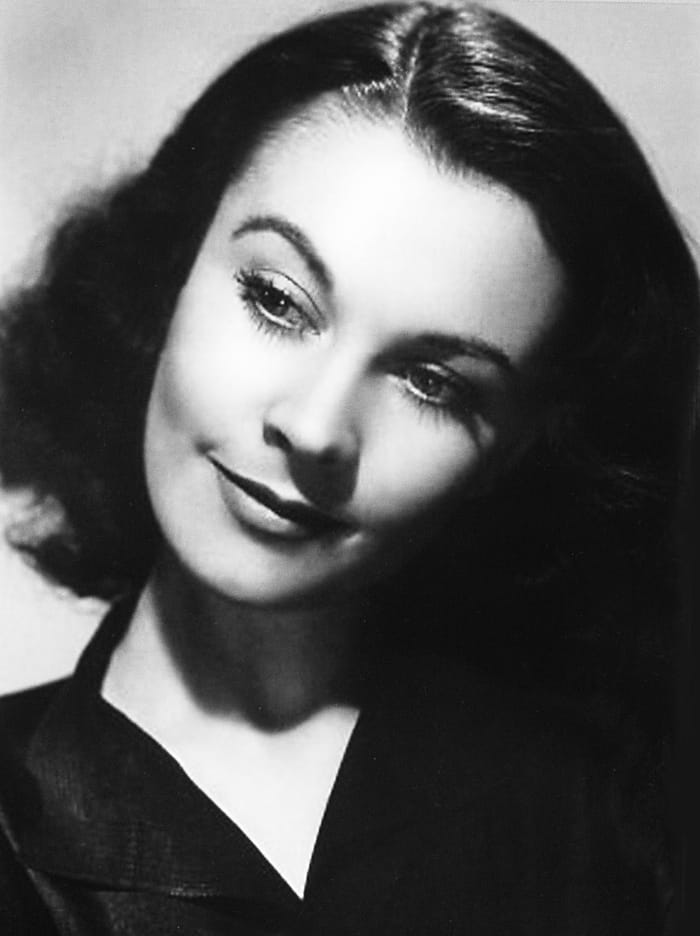 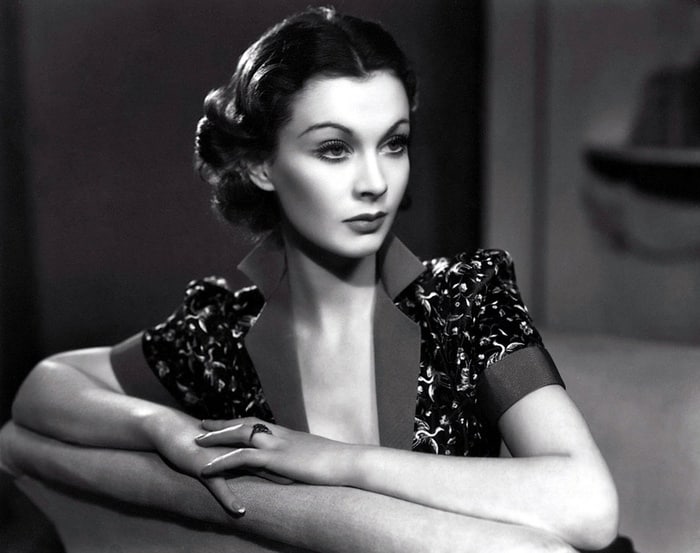 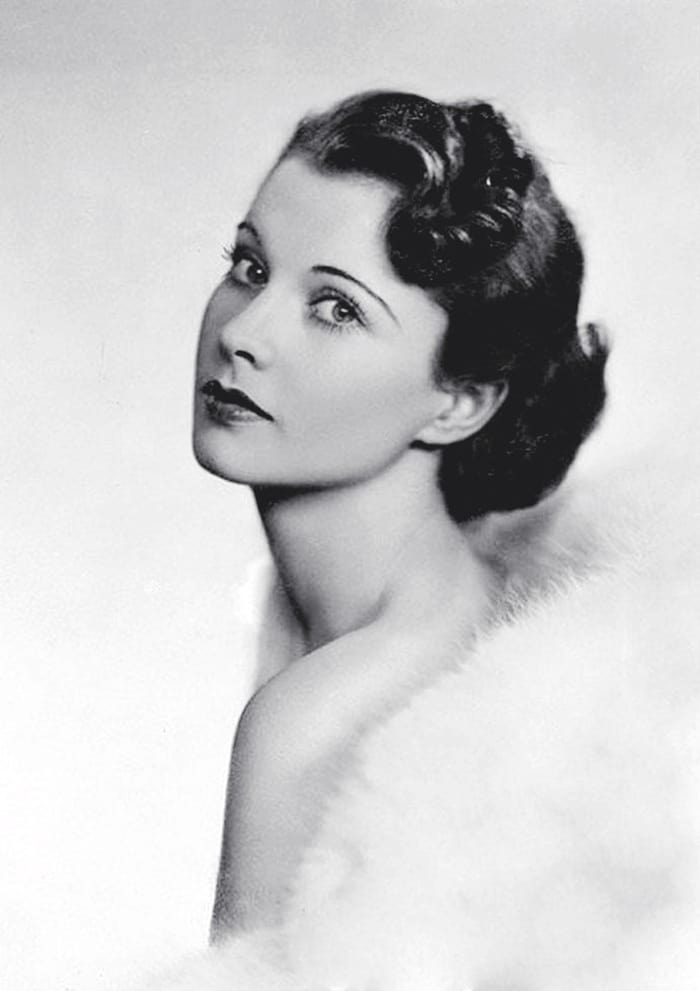 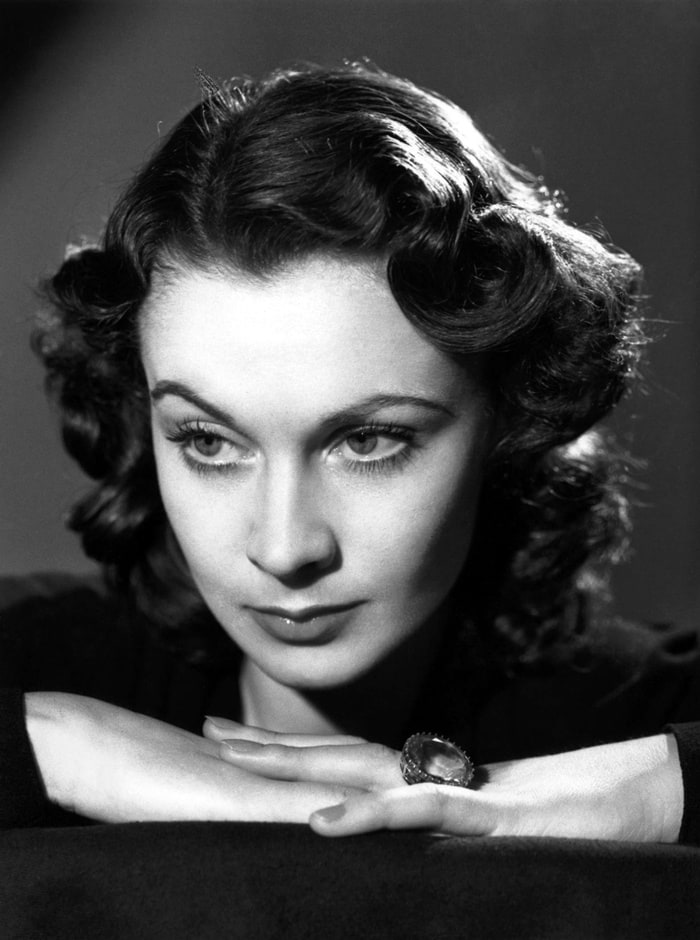 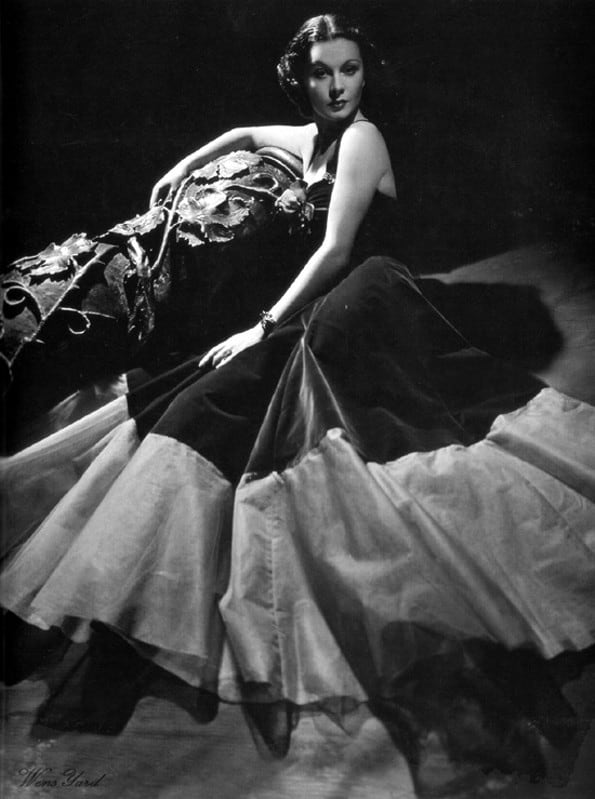 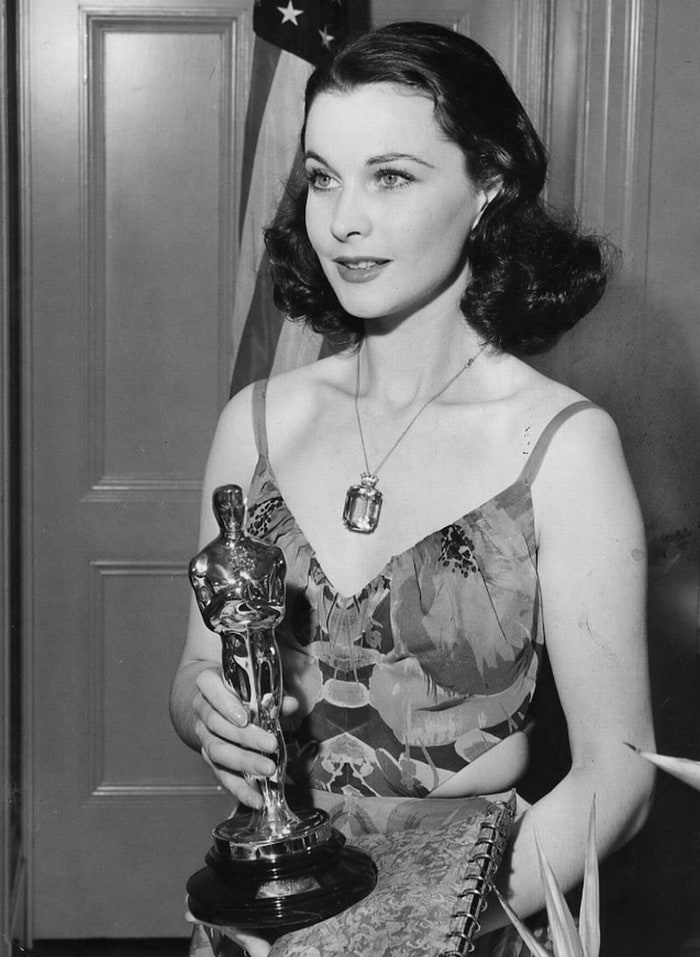 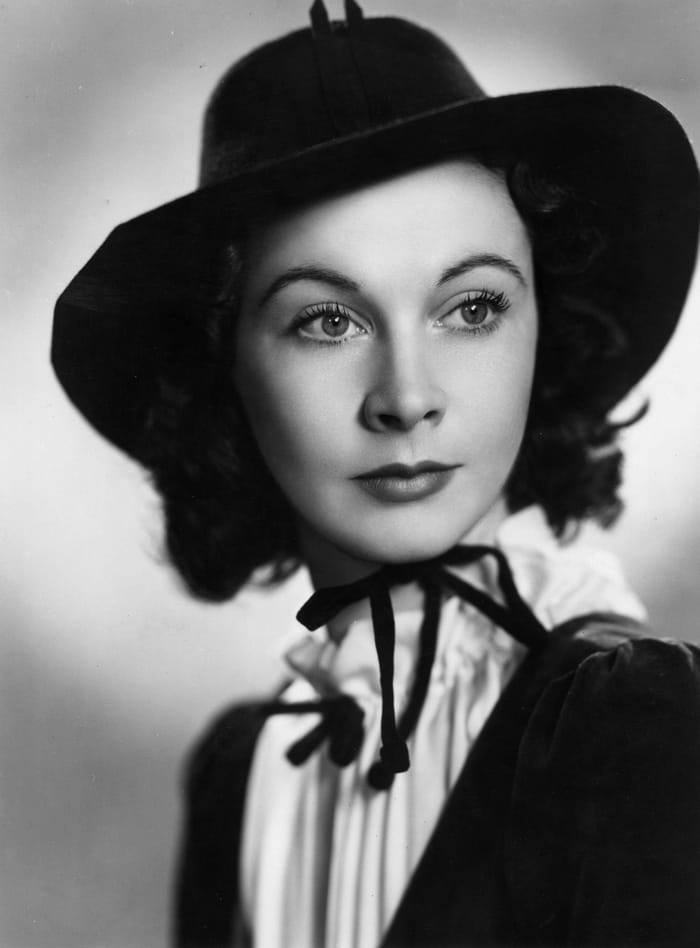 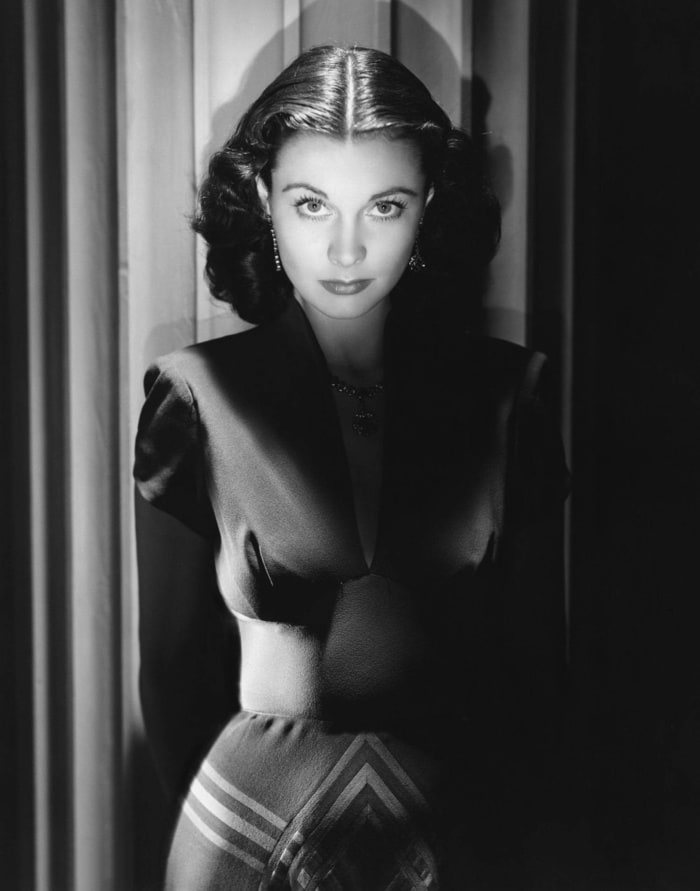 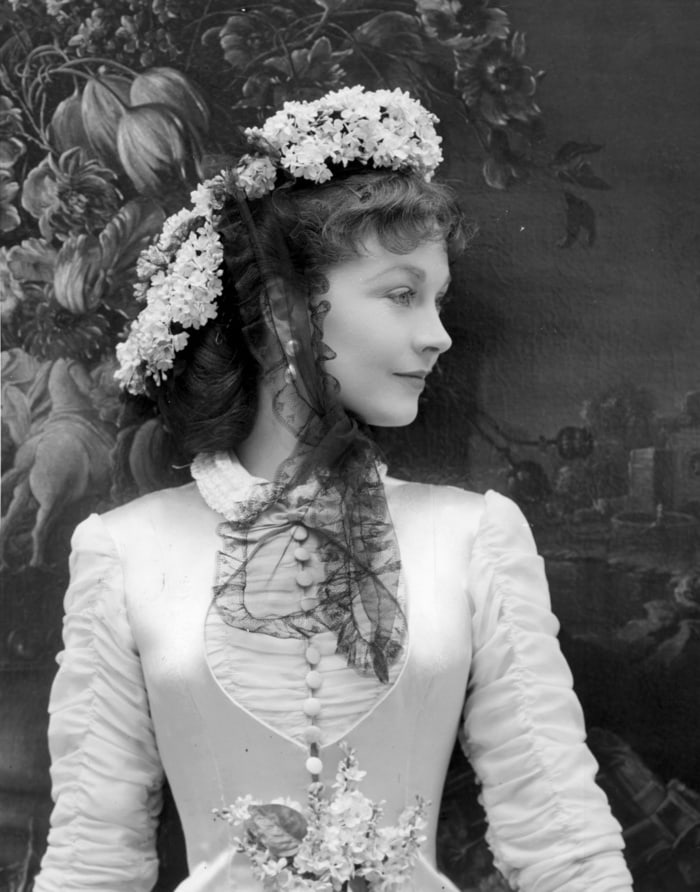 Vivien Leigh was born November 5, 1913 in Darjeeling, India to a Yorkshire stockbroker. She was convent-educated in England and throughout Europe, and inspired by her schoolmate Marueen O'Sullivan to embark on an acting career. Leigh earned international popularity and an Academy Award for her unforgettable portrayal of Scarlett O'Hara in David O. Selznick's production of Gone with the Wind.

Famed actress Vivien Leigh was born Vivian Mary Hartley on November 5, 1913, in Darjeeling, India, to an English stockbroker and his Irish wife. The family returned to England when Hartley was 6 years old. A year later, the precocious Hartley announced to classmate Maureen O'Sullivan that she "was going to be famous." She was right, though her fame would eventually come under a different name.

As a teen, Vivian Hartley attended schools in England, France, Italy and Germany, becoming fluent in both French and Italian. She went on to study acting at the Royal Academy of Dramatic Art, but put her career temporarily on hold at age 19, when she married a lawyer named Leigh Holman and had his daughter. Replacing the "a" in her first name with the less commonly used "e," Hartley used her husband's name to craft a more glamorous stage name, Vivien Leigh.

Vivien Leigh made both her onstage and film debuts in 1935. She starred in the play The Bash, which, although wasn't particularly successful, allowed Leigh to make an impression on producer Sydney Carroll, who soon cast the actress in her first London play; and landed the lead role in the aptly titled movie Things are Looking Up (1935).

Although Leigh was initially typecast as a fickle coquette, she began to explore more dynamic roles by doing Shakespearean plays at the Old Vic in London, England. There, she met and fell in love with Laurence Olivier, a respected actor who, like Leigh, already happened to be married. The two soon embarked on a highly collaborative and inspired acting relationship—not to mention a very public love affair.

Around the same time, American director George Cukor was hunting for the perfect actress to play the lead role of Scarlett O'Hara in his film adaptation of Gone with the Wind. "The girl I select must be possessed of the devil and charged with electricity," Cukor insisted at the time. An impressive list of Hollywood's top actresses, including Katharine Hepburn and Bette Davis, had long been vying for the part by the time Leigh, who was on a two-week vacation in California, took and passed the screen test.

Casting a virtually unknown British theater actress in the role of a Southern belle struggling for survival during the American Civil War was risky, to say the least—especially considering that Gone with the Wind was already, even in pre-production, one of the most highly anticipated Hollywood pictures of all time. However, the decision paid off as the film smashed box office records, and garnered 13 Academy Award nominations and eight wins—including one for Leigh as best actress.

Gone with the Wind remains one of the most iconic pictures in cinema history.

Finally having secured divorces from their respective spouses, Vivien Leigh and Laurence Olivier married in 1940, cementing their status as a powerhouse couple in the world of show business. The pair continued to co-star in movies and plays, but tried to stay out of the limelight, often taking breaks of several years between films—this was partly due to the deteriorating state of Leigh's mental health, as increasingly severe bouts of manic depression strained her relationship with Olivier and made it difficult for her to perform.

Tragedy struck in 1944, when Leigh fell during a rehearsal for Anthony and Cleopatra and suffered a miscarriage. Her health took a turn for the worse; she became increasingly unstable while simultaneously battling insomnia, bipolar disorder and a respiratory ailment that was eventually diagnosed as tuberculosis. Hoping for relief, Leigh underwent electroshock therapy, which was very rudimentary at the time and sometimes left her with burn marks on her temples. It wasn't long before she began to drink heavily.

Her increasingly troubled personal life forced Leigh to take occasional breaks from work throughout the 1940s, but she continued to take on many high-profile roles, both on the stage and screen. None could match the critical or commercial success she had won for playing Scarlett O'Hara, however.

That changed in 1949, when Leigh won the part of Blanche Du Bois in a London production of Tennessee Williams's play, A Streetcar Named Desire. After a successful run that lasted nearly a year, Leigh was cast in the same demanding role in Elia Kazan's 1951 Hollywood film adaptation, in which she starred opposite Marlon Brando. Her portrayal of Blanche Du Bois, a character struggling to hide a shattered psyche behind a facade of gentility, may have drawn on Leigh's real-life struggles with mental illness, and perhaps even contributed to them. (The actress later said that the year she spent inside the tortured soul of Blanche Du Bois tipped her "into madness.")

In the judgment of many critics, Leigh's acting in Streetcar surpassed even her star turn in Gone with the Wind; she won a second Best Actress Oscar, as well as a New York Film Critics Award and a British Academy of Film and Television Arts Award, for the part.

Soon after, Leigh made theater history by starring alongside Olivier in simultaneous London stage productions of Shakespeare's Antony and Cleopatra and George Bernard Shaw's Caesar and Cleopatra—both of which were critical successes.

Despite these triumphs, bipolar disorder continued to take a heavy toll on Vivien Leigh. After another miscarriage, she had a breakdown in 1953, forcing her to withdraw from the filming of Elephant Walk and earning her a reputation for being difficult to work with. Additionally, her relationship with Olivier became more and more tumultuous; in 1960, their troubled marriage ended in divorce.

After Olivier remarried and started a new family, Leigh moved in with a younger actor named Jack Merivale. The change of pace seemed to do her good, as she re-emerged to take part in several successful performances during the 1960s. In 1963, she headlined in a musical adaptation of Tovarich and earned her a first Tony Award. Two years later, she starred in the Oscar-winning film Ship of Fools.

Just before she began rehearsing for a London production of A Delicate Balance in 1967, Leigh fell seriously ill. A month passed before she finally succumbed to her tuberculosis, on July 8, 1967, at the age of 53, in London, England. Marking a sad and premature end to a career that was both tumultuous and triumphant, the London theater district blacked out its lights for a full hour in Leigh's honor.

In 2013, the Victoria and Albert Museum in London purchased her personal archives, which includes her personal diaries and previously unseen photographs. The museum's director Martin Roth told UPI that the archive "not only represents Vivien Leigh's career, but is also a fascinating insight into the theater and social world that surrounded her." Selections from the archive will put on display in time for the centennial celebration of Leigh's birth.

The most popular books in Poland, 2014 by Villiana