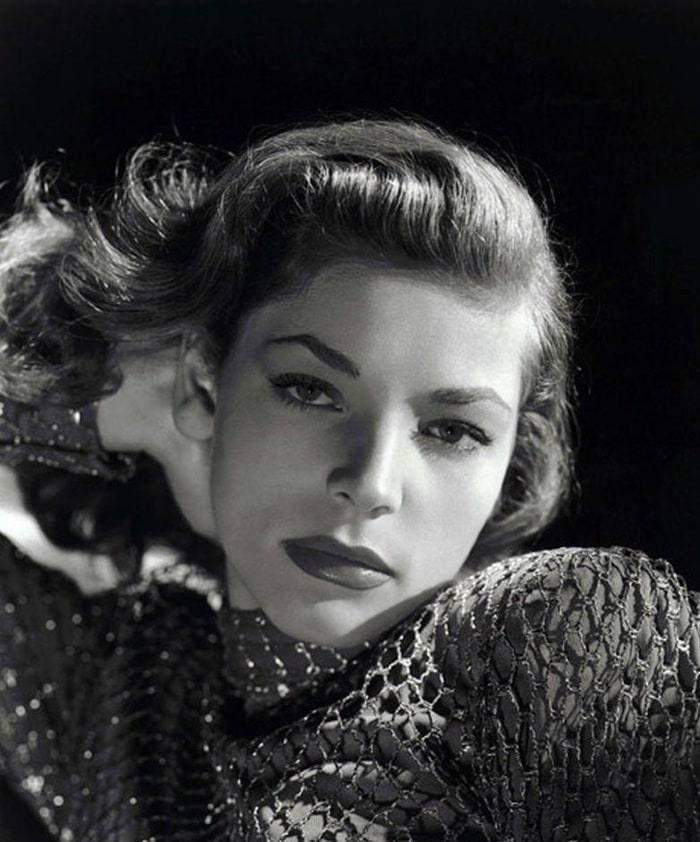 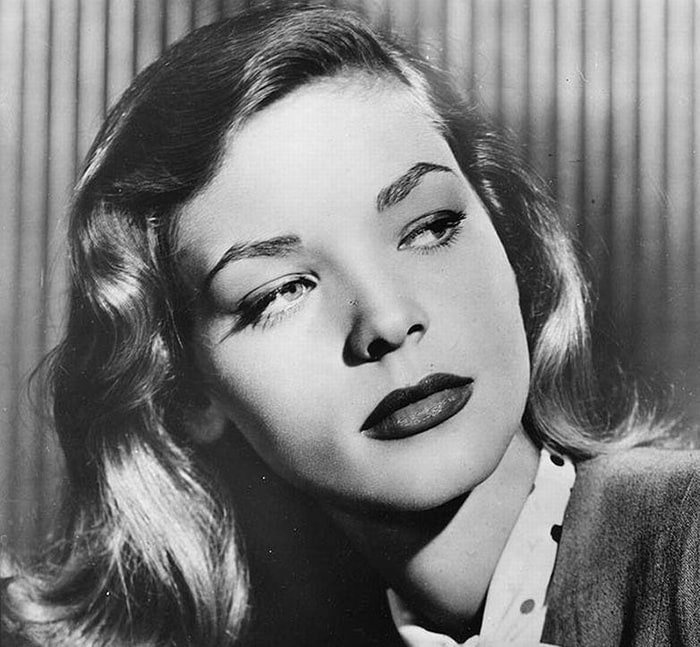 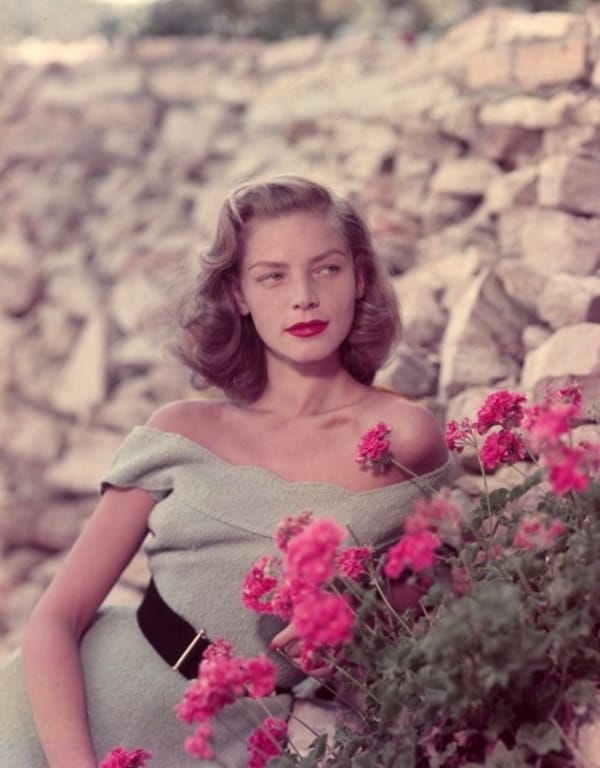 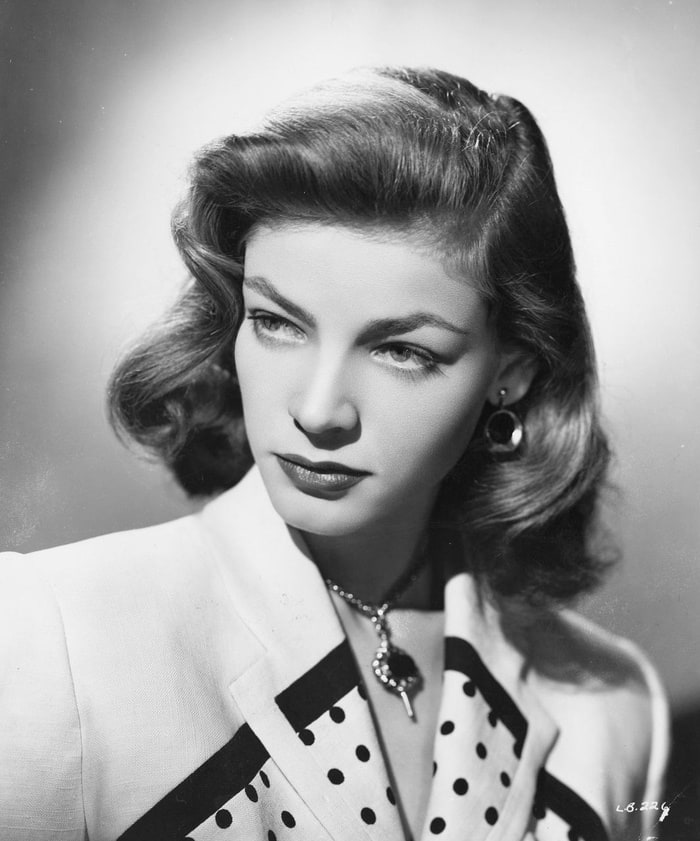 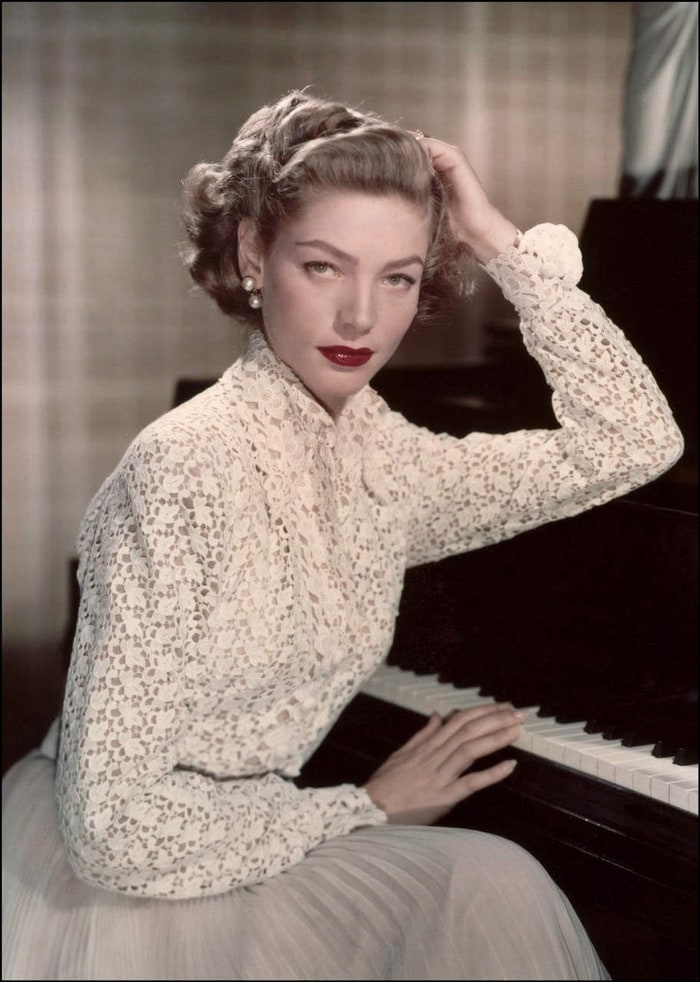 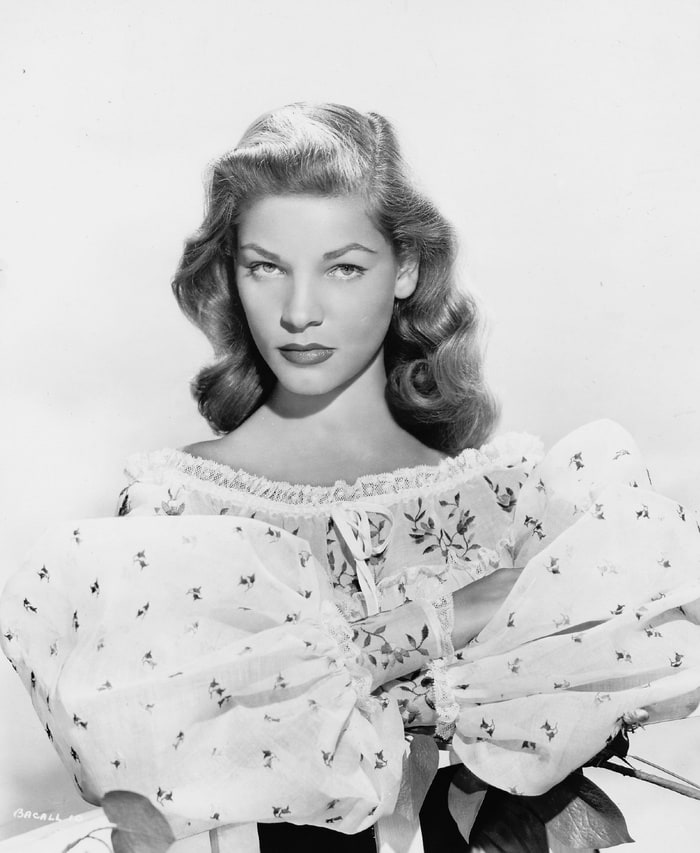 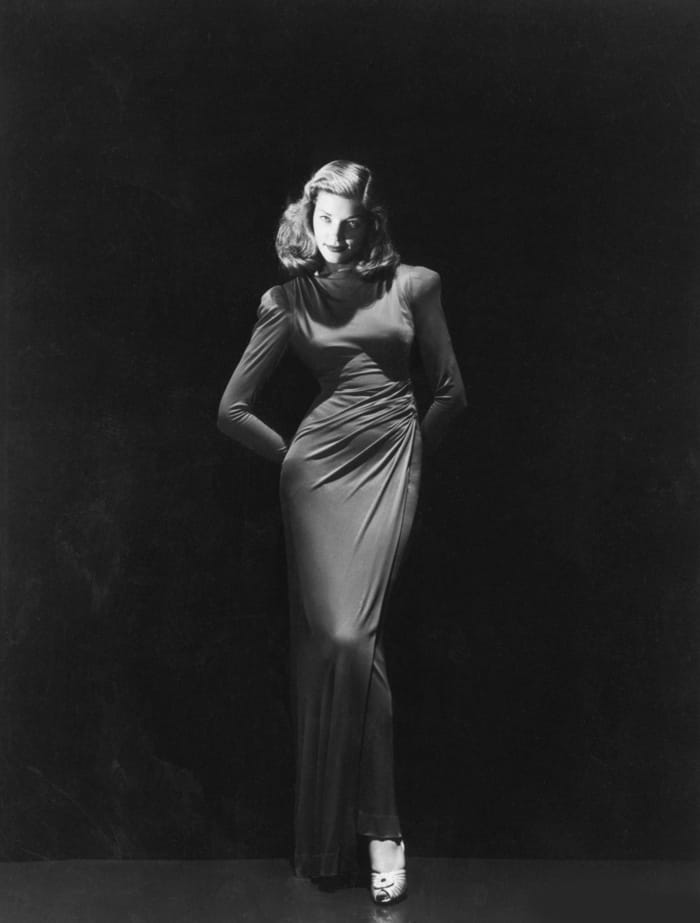 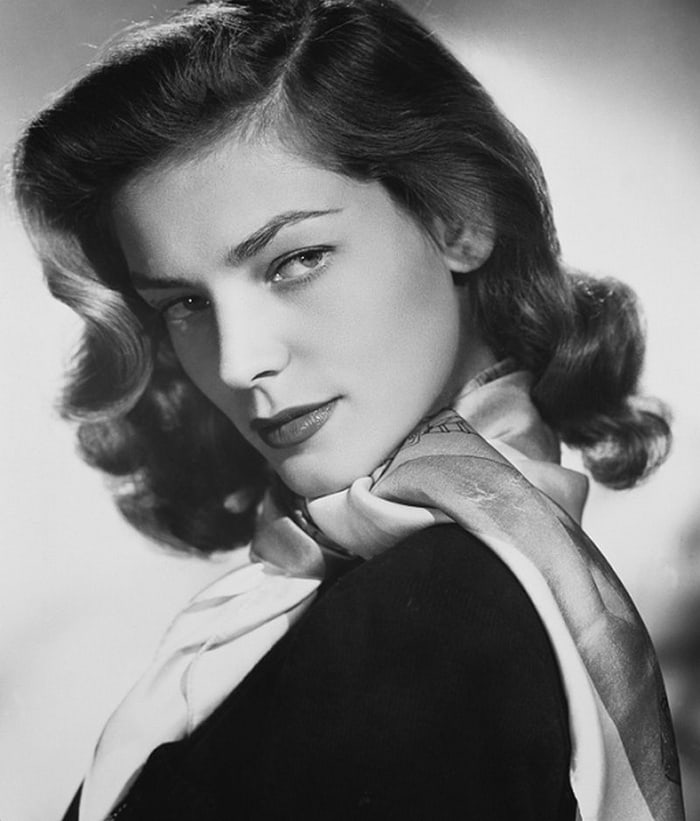 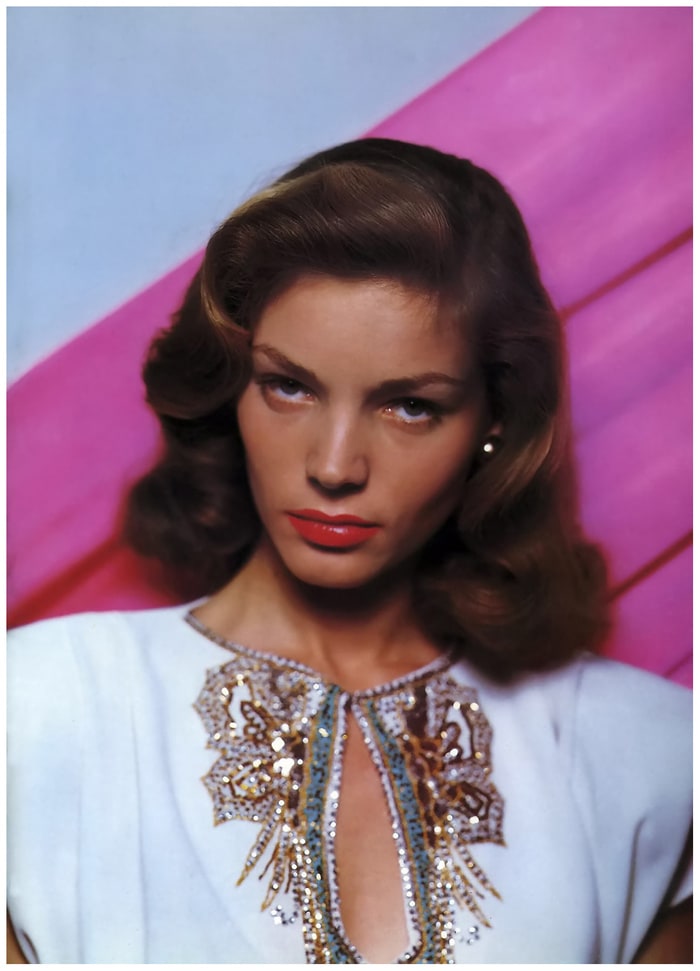 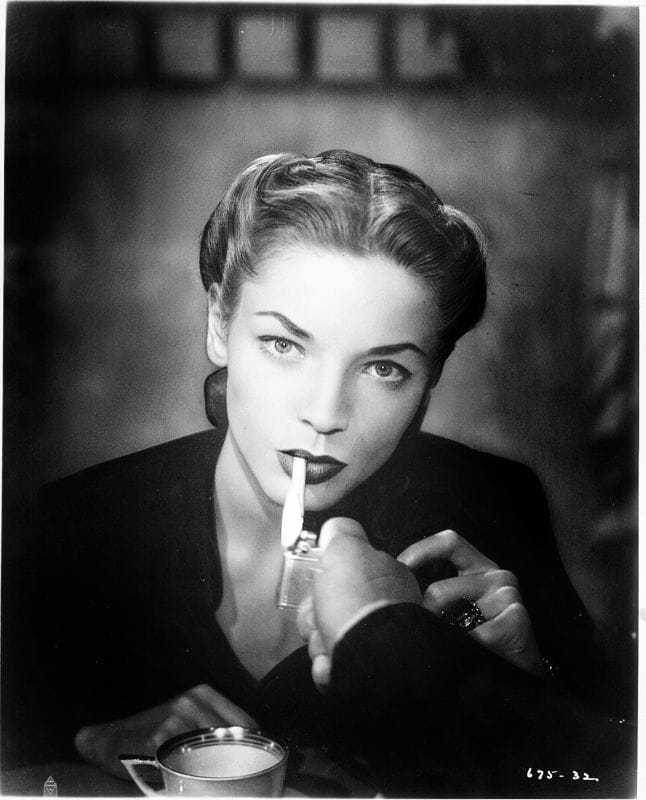 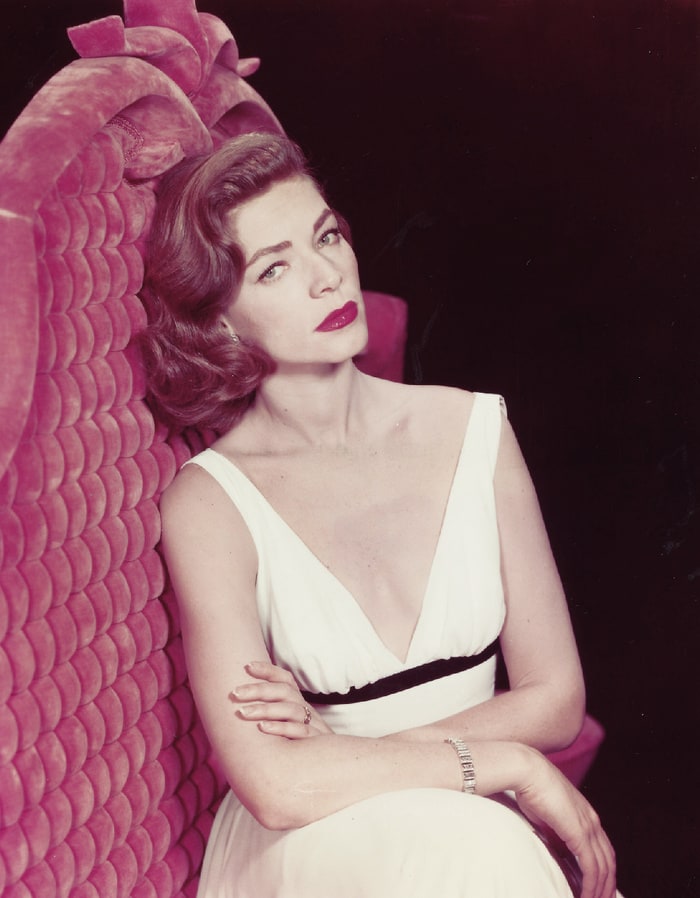 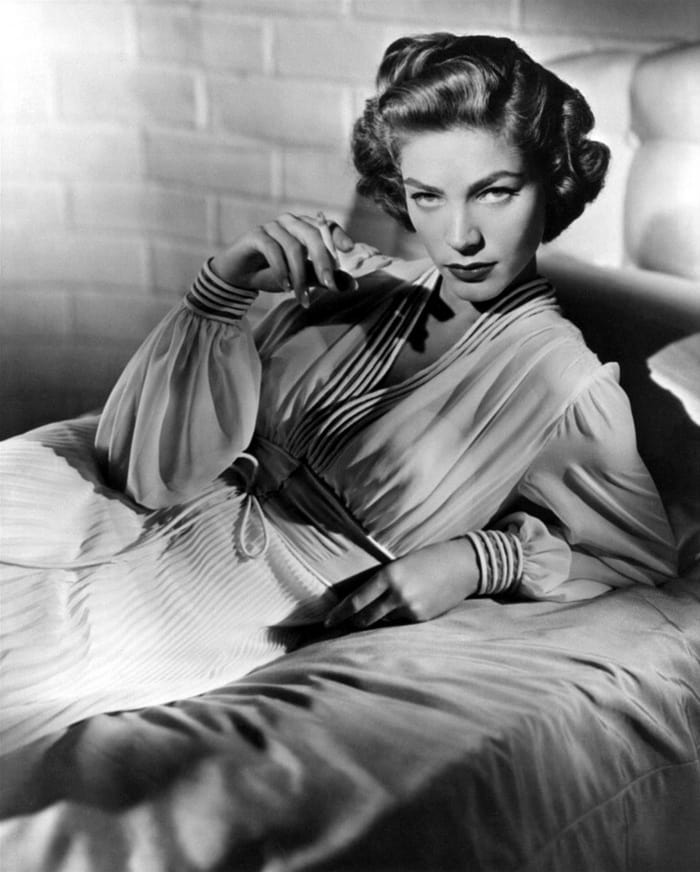 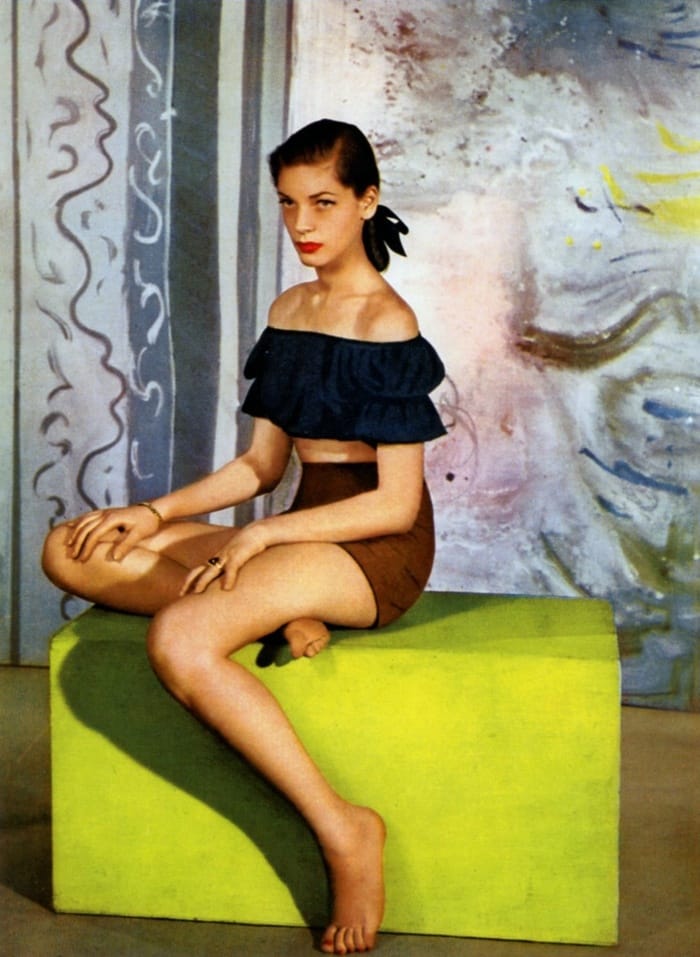 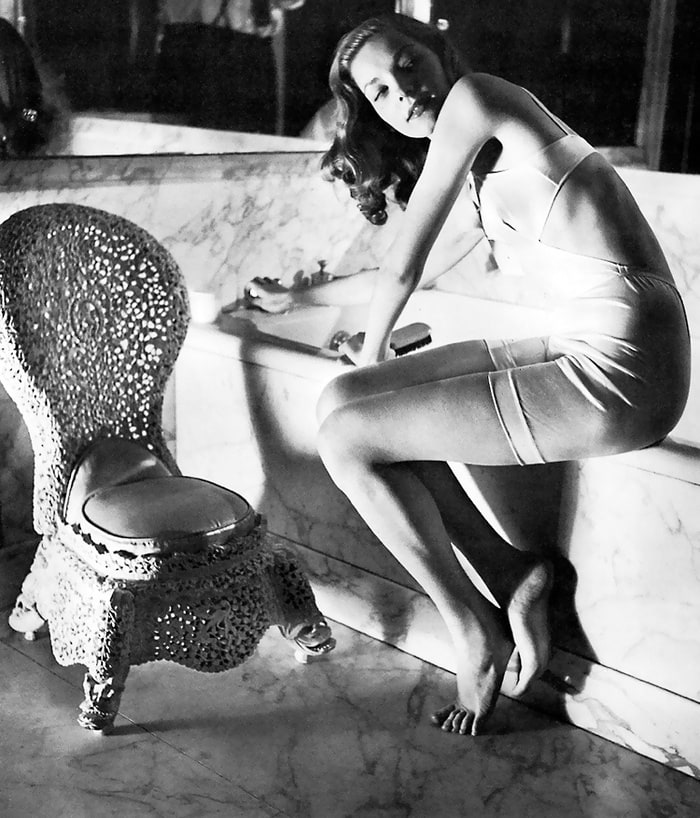 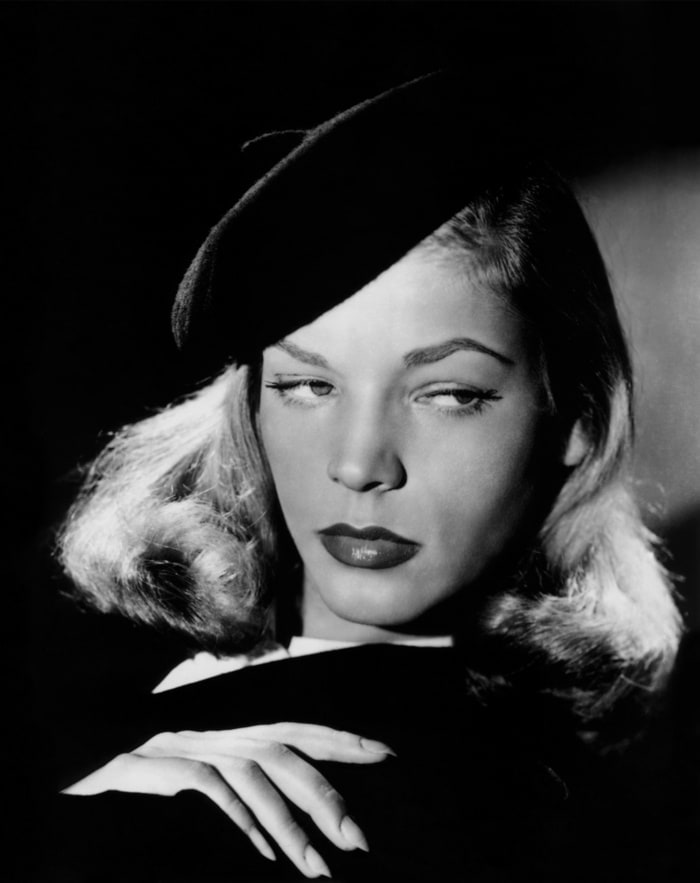 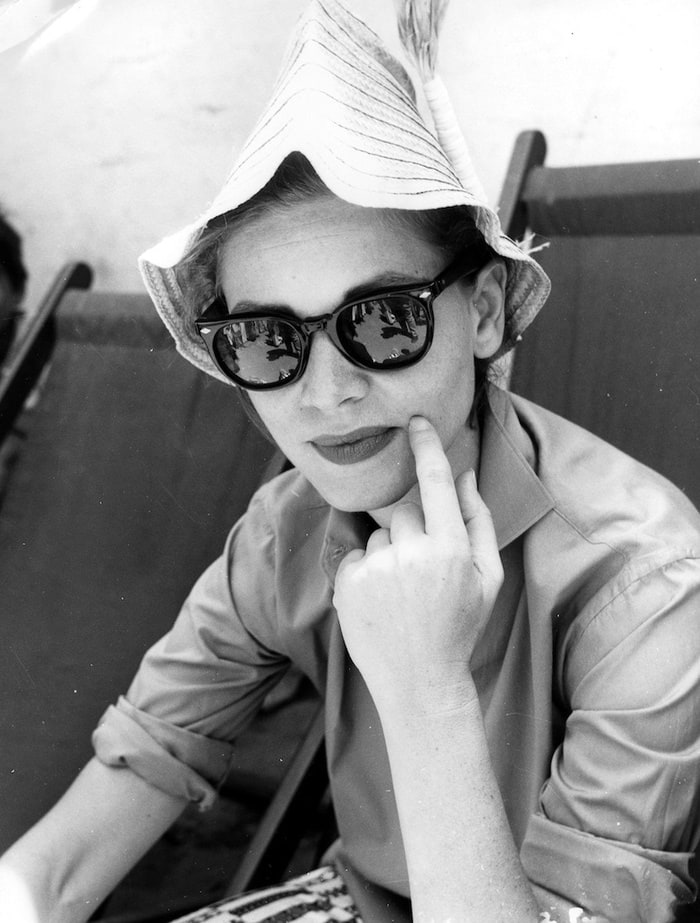 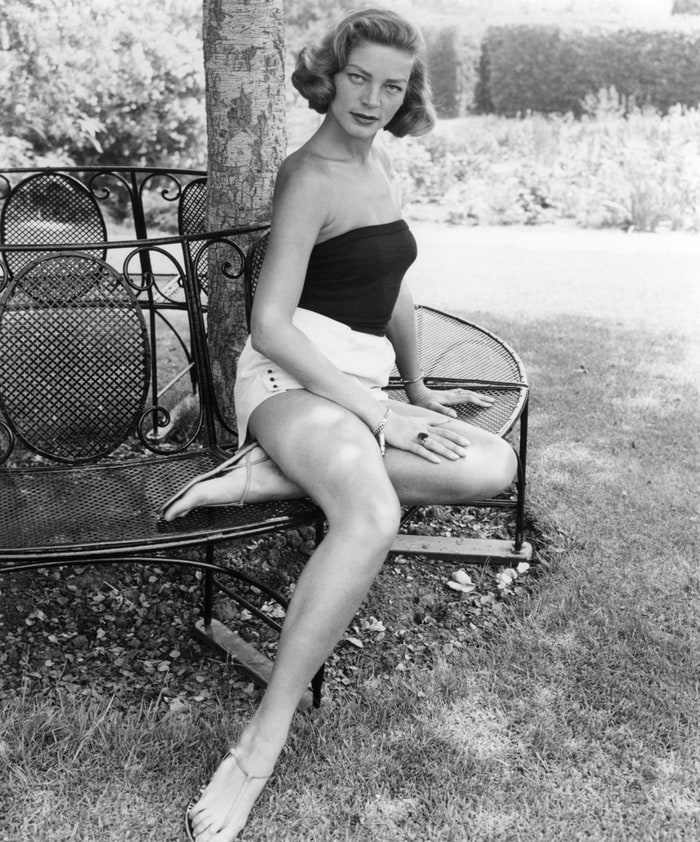 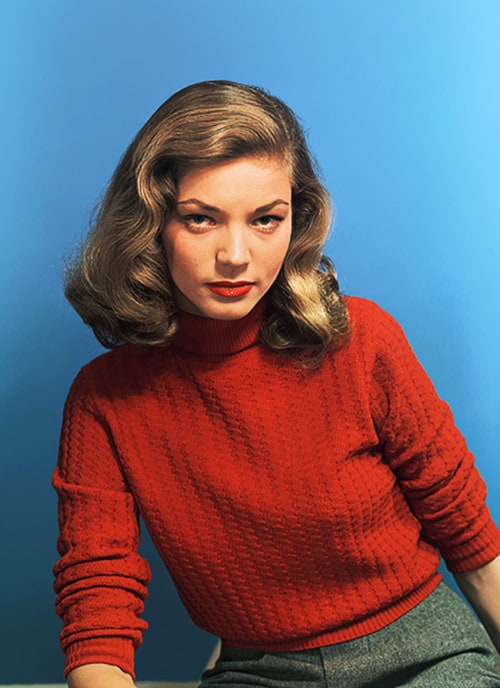 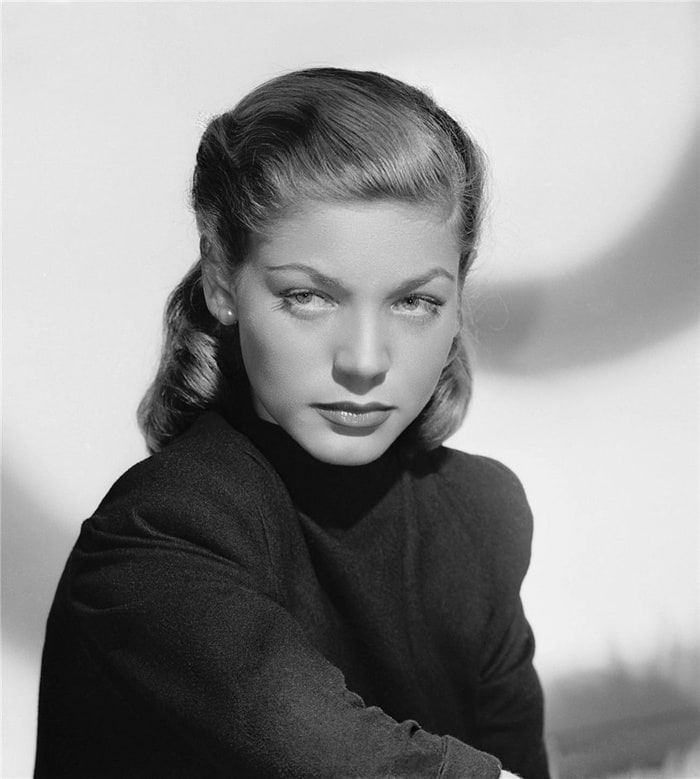 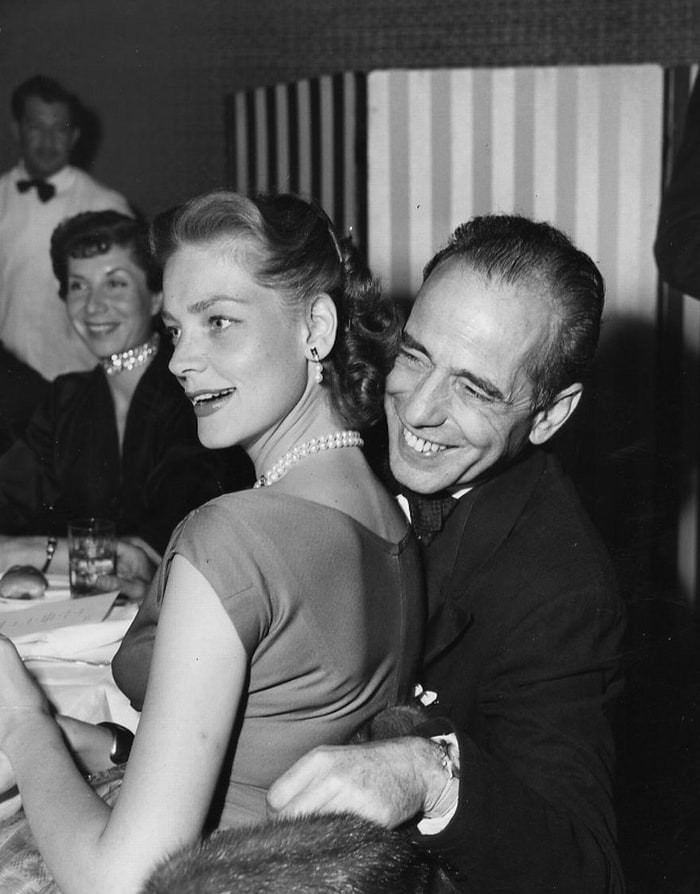 Lauren Bacall was born Betty Joan Perske on September 16, 1924, to a middle-class family in the Bronx borough of New York City. Her father, William, was an alcoholic who left the family when Bacall was six; Bacall and her mother later changed their last name to her grandmother's maiden name, Bacal, and added the second "l."

Enthralled by the theater from an early age, Bacall started working in high school as an usher, and then performed in plays both on and off Broadway. However, it was her work as a model, and in particular her appearance on a Harper's Bazaar cover in 1943, that caught the eye of Nancy Hawks, wife of Howard Hawks, who was a powerful Hollywood director. At Nancy's encouragement, Hawks gave Bacall a screen test. Hawks then brought her to Hollywood, taught her to speak in a lower register, and convinced her to take the first name Lauren to deemphasize her Jewish heritage. For that reason, Bacall has never been entirely comfortable with the name the world knows her by.

Lauren Bacall first appeared on the silver screen when she was only nineteen, in 1944's To Have and Have Not, which starred Humphrey Bogart. On set for that film, Bacall developed her trademark gesture, "The Look." Oddly enough, it began as a defense against nerves: Bacall had to keep her chin pressed against her chest to keep from shaking until just before the cameras rolled, causing her to begin every shot bringing her gaze upward. The film launched Bacall toward her reputation as a leading lady in the film noir genre. Her poorly reviewed performance in the 1945 film Confidential Agent, set her back slightly, but more success was to come.

Bacall and Bogart, who was twenty-five years her senior, soon fell in love. Bogart was married at the time, and, within months, divorced his wife. Bacall and Bogart married on May 21st, 1945. The marriage was generally a happy one, though it did put a hold on Bacall's career. "I think many directors never thought of me except as Bogie's wife," she explains. "That doesn't lead to a great career, and I certainly did not fight for a career. So I guess you win some and you lose some. It was by choice."

During her marriage to Bogart, Lauren Bacall starred in only one film per year. The pair co-starred in three more films (The Big Sleep, Dark Passage, and Key Largo), and had two children together, Stephen and Leslie. In 1957, Bogart died of lung cancer. Bacall was devastated. After a brief and disastrous fling with Frank Sinatra, including a very brief engagement, Bacall went east to return to her very first love, the theatre.

"I finally felt that I came into my own when I went on the stage," she says.

Before long, Bacall again placed her focus on her personal life. She married again in 1961, this time to Jason Robards, Jr. The couple soon had a son named Sam. During her second marriage, Bacall starred in relatively few films. Bacall and Robards were divorced in 1969, and, shortly after, Lauren Bacall was approached to play the lead role in a new Broadway musical, Applause, which was based on the 1952 film All About Eve. Despite not being a singer, Bacall accepted the role. She was a great success, and earned a Tony for Best Actress. She won her second Tony in 1981 for a semi-autobiographical role in the play Woman of the Year.

By this time, Bacall had lived a full life, having been an insider to the world of Hollywood and earned considerable respect as an actress, on screen and on stage. Bacall wrote her first memoir, By Myself, in 1978, and published a second part, Now, in 1994. Both volumes openly discussed difficult parts of her life, including the alcoholism of both of her husbands, despite the fact that some of the topics were relatively controversial for the time.


In her later years, Bacall severely curtailed her film appearances. She is publicly disdainful of modern Hollywood, though she has appeared with Nicole Kidman in two films, Dogville and Birth. Bacall also had a starring role in the 2007 film The Walker with Woody Harrelson and Kristin Scott Thomas and accepted an honorary Oscar in 2009.

Still active and in relatively good health well into her eighties, Bacall is one of the last links left to the Golden Age of Hollywood, and time has not dulled either her tongue or her wits. She told Vanity Fair that "I don't think anybody that has a brain can really be happy. What is there really to be happy about? I had a good growing-up life, I would say, but I wasn't really happy, because I was an only child, and I wasn't part of a whole family—what we in America consider the proper family, a father and a mother and child, which, of course, is a big crock, we know—and yet I had the greatest family anyone could wish for in everyone on my mother's side. So what you think is happy? Happy shmappy."

Despite her down-to-earth view of her own life and fame, it is improbable she will be forgotten anytime soon. Bacall will most likely remain associated with her glamorous Hollywood roles long into the future.

Pretty As A Picture #3 (the homes) by Iceviper

Pretty As A Picture (the animals, part 2) by Iceviper