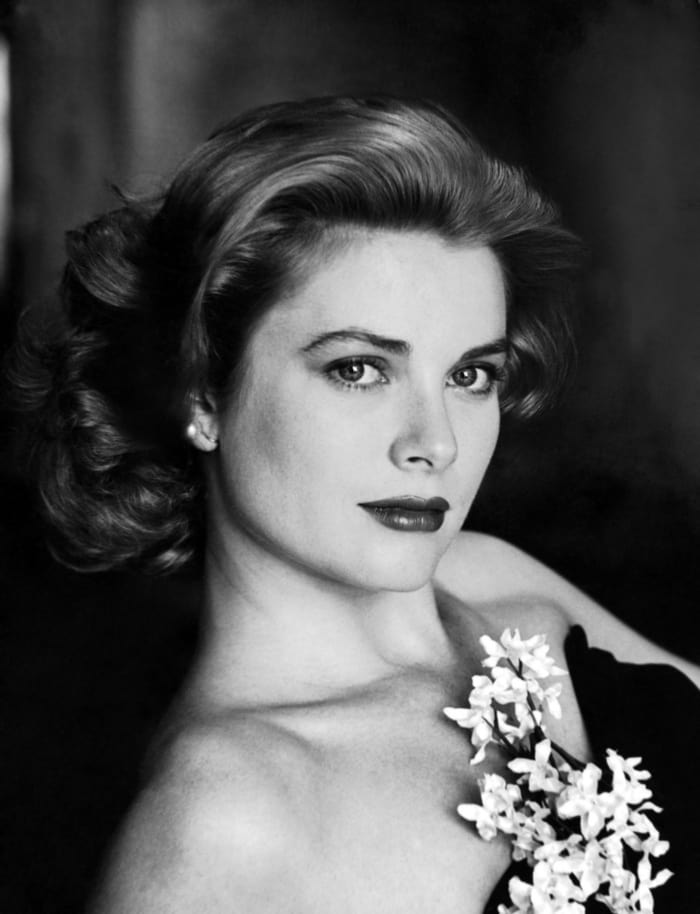 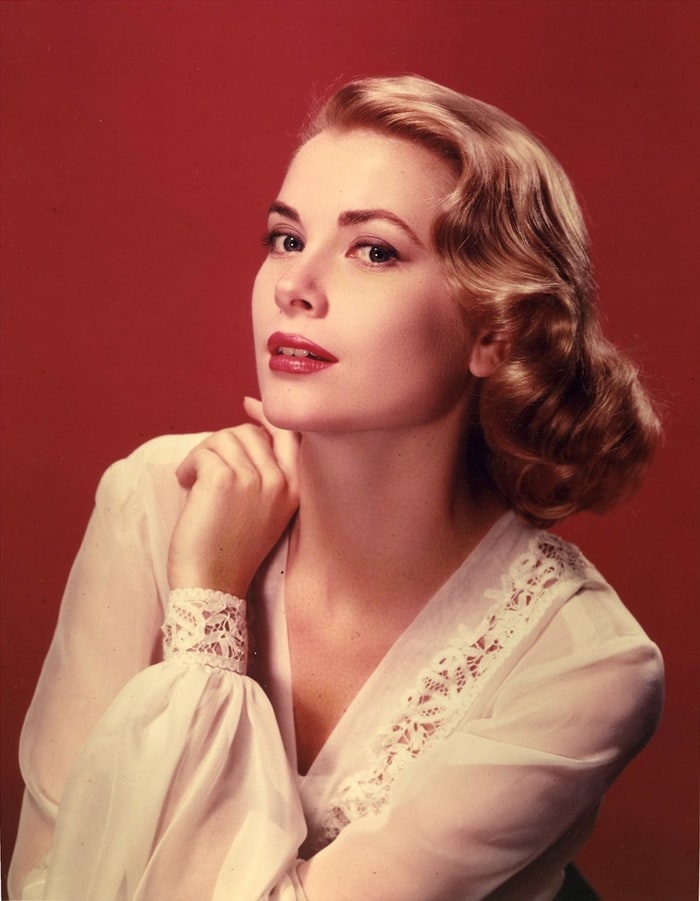 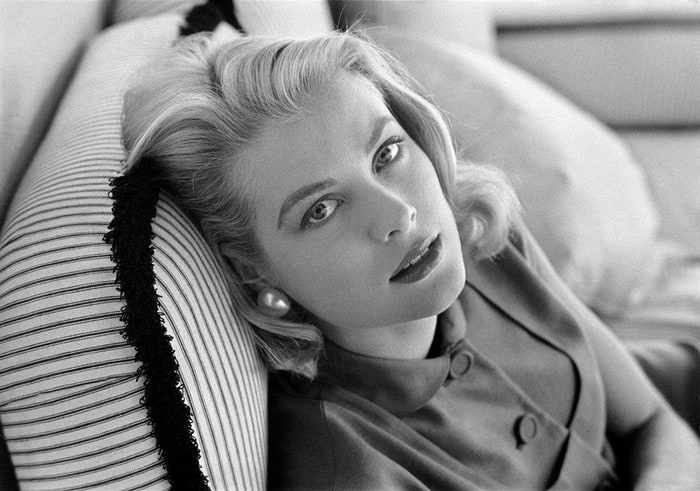 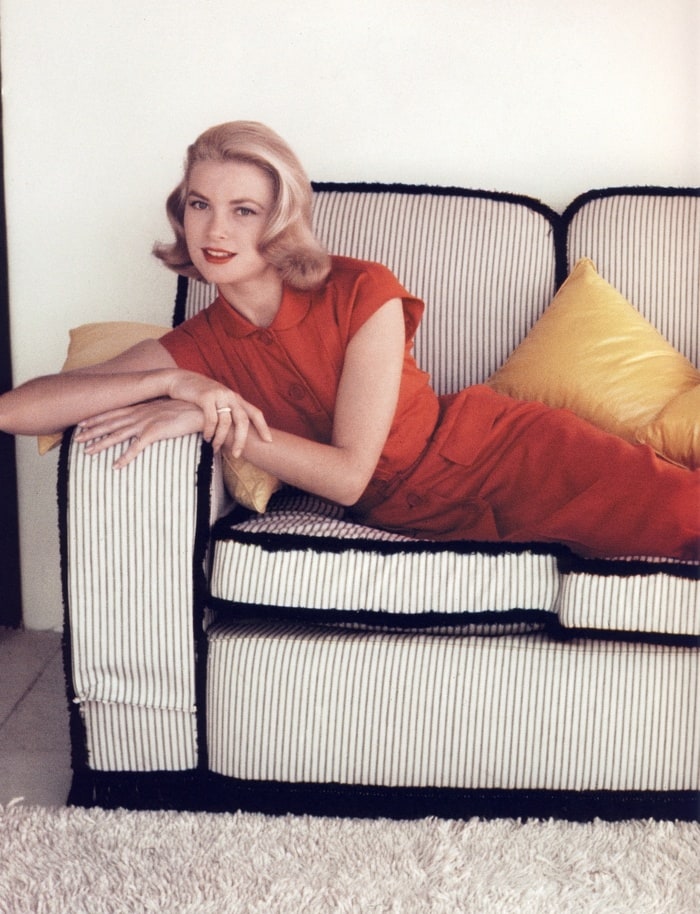 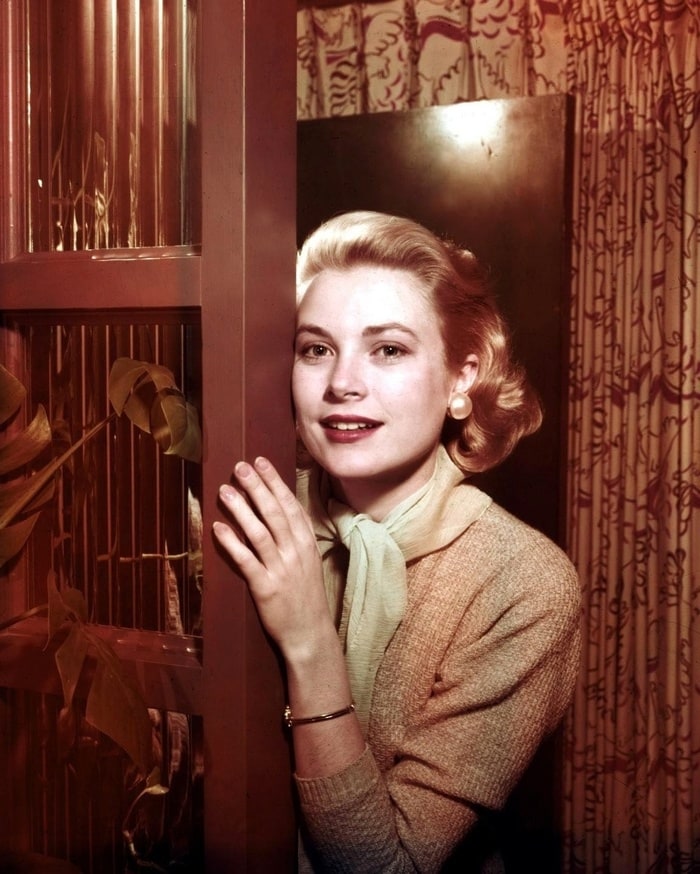 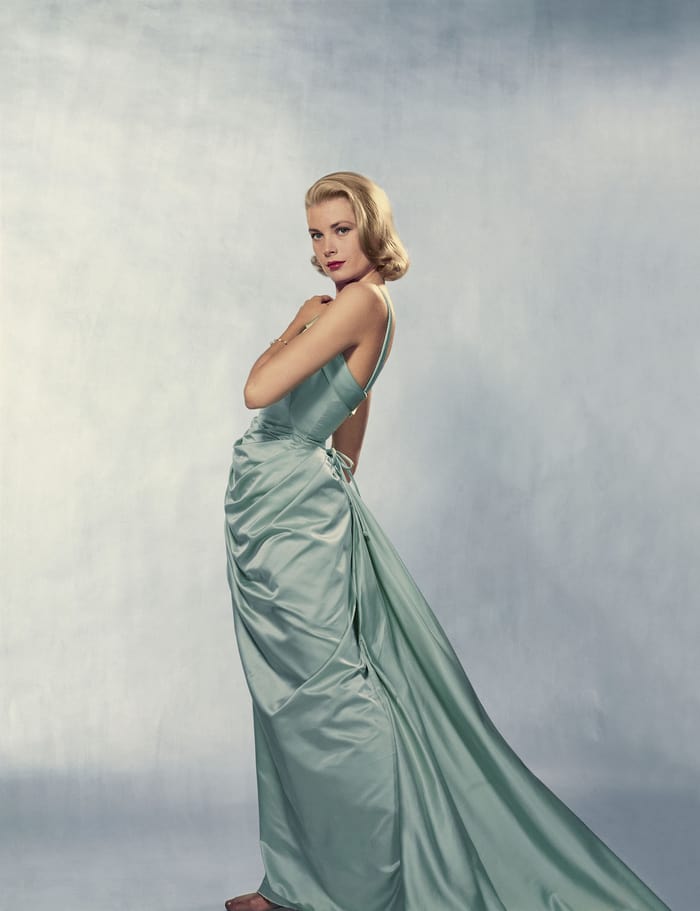 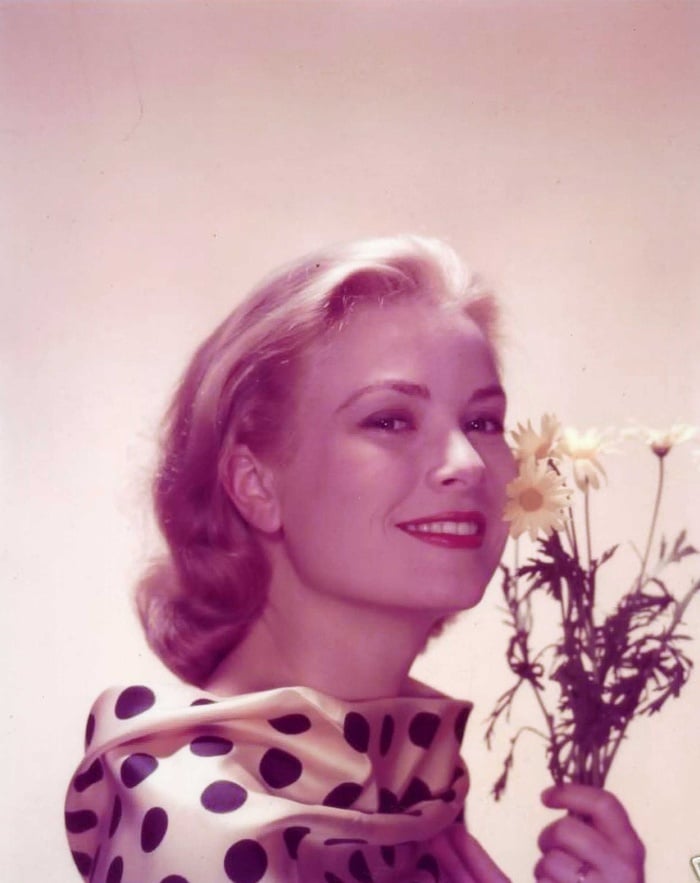 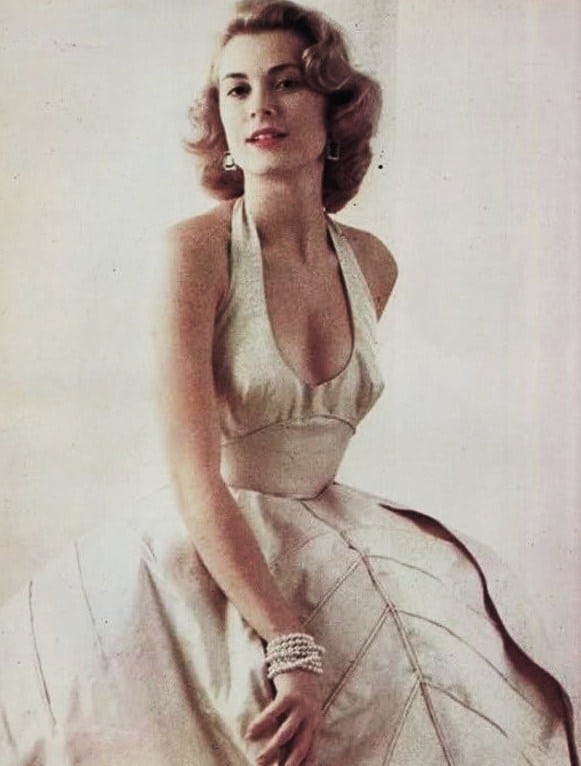 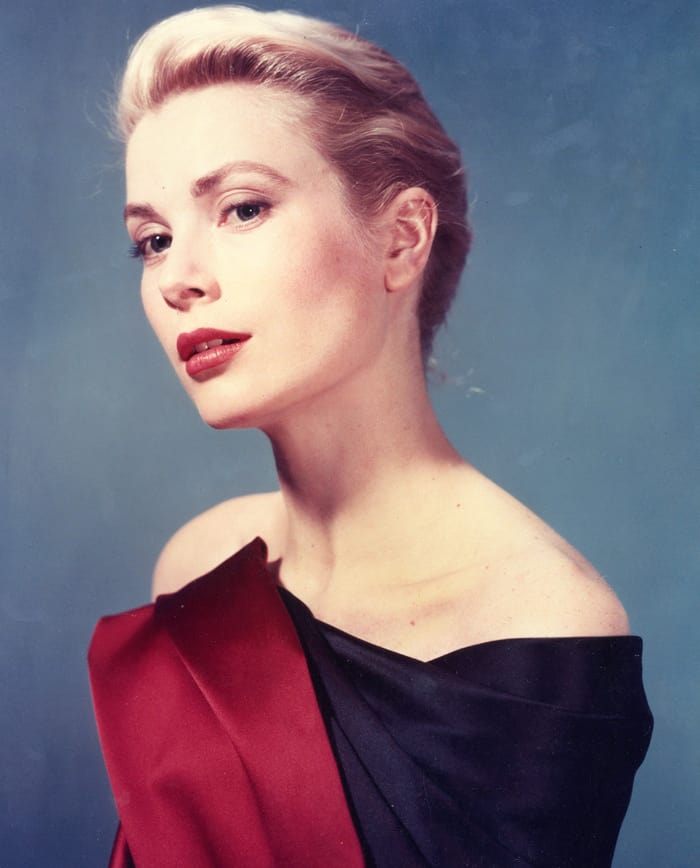 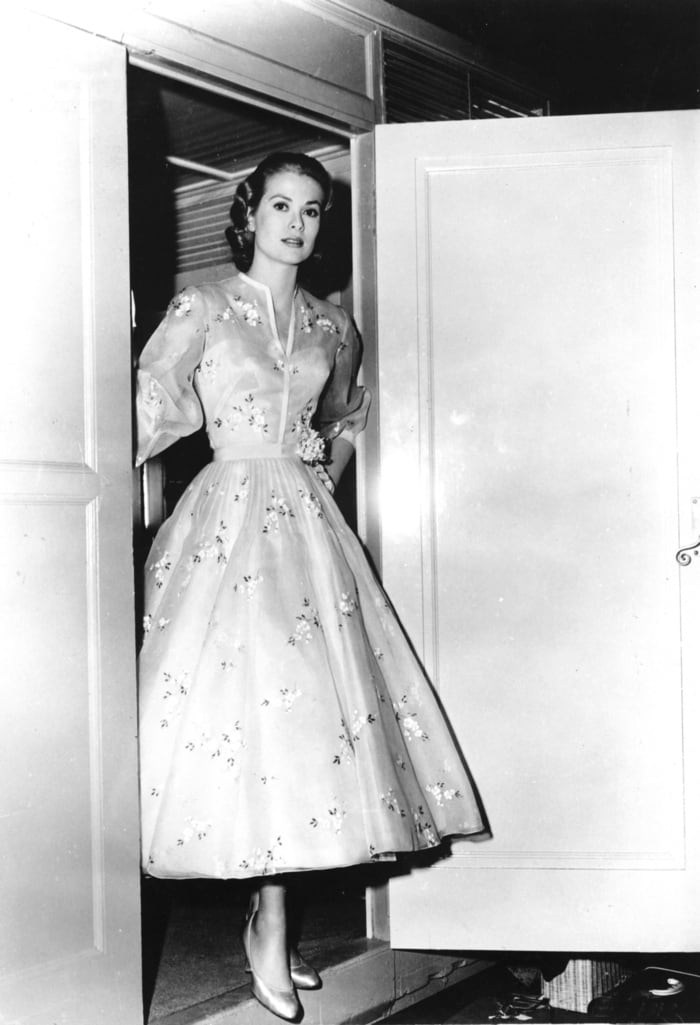 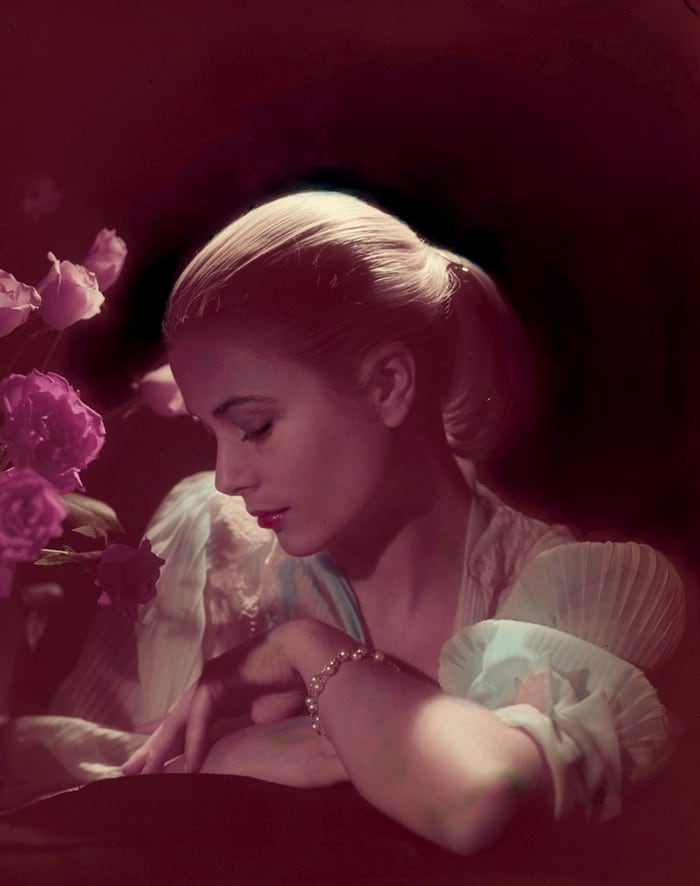 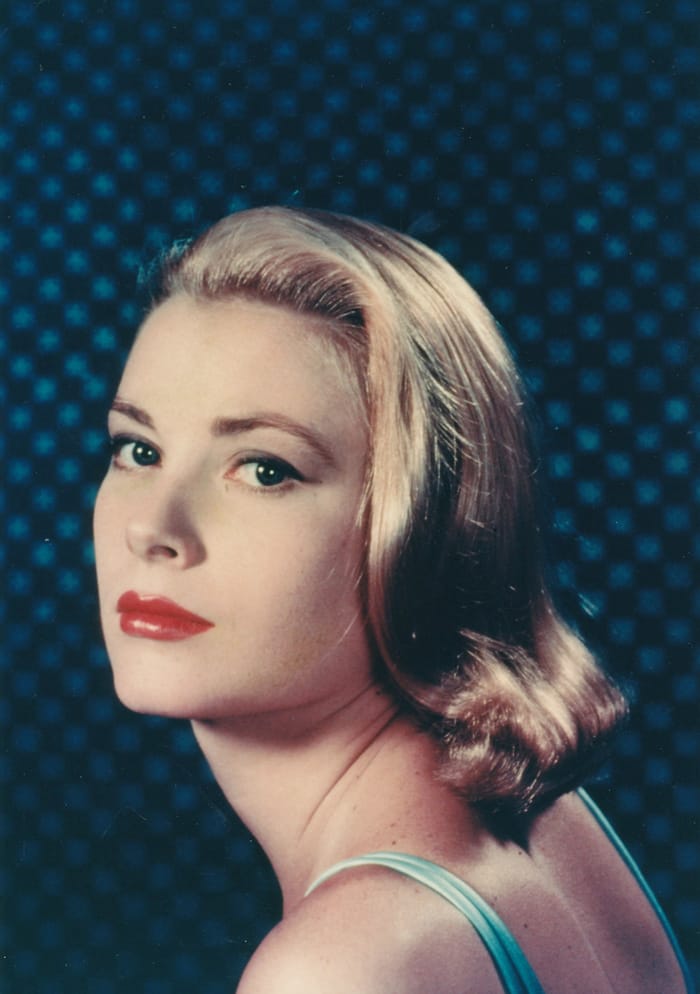 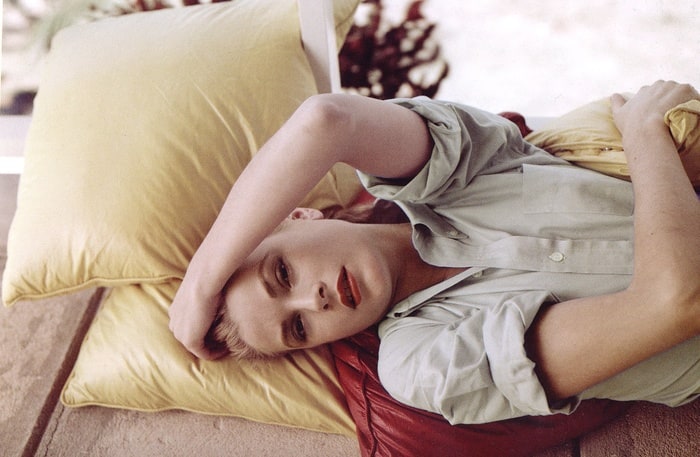 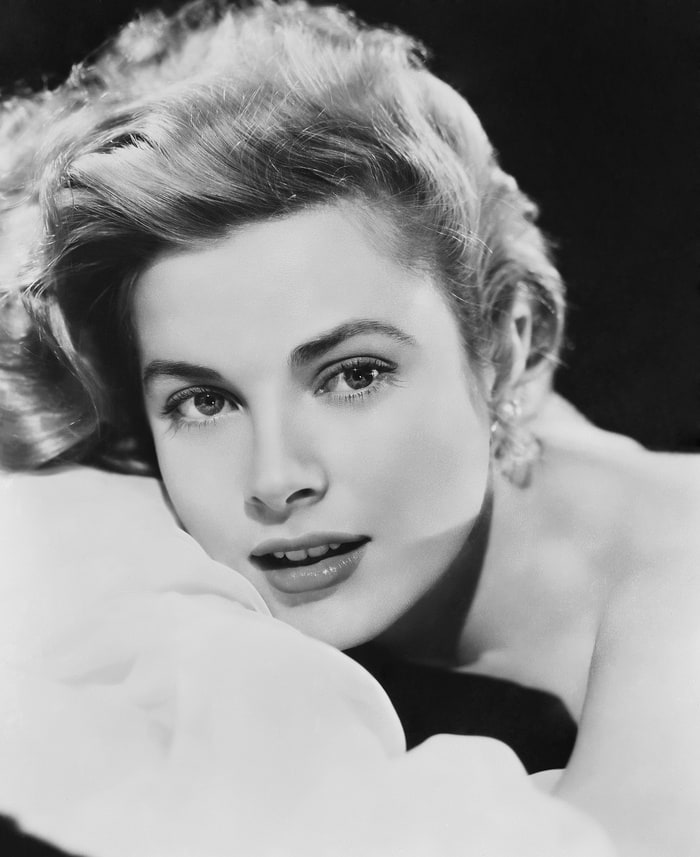 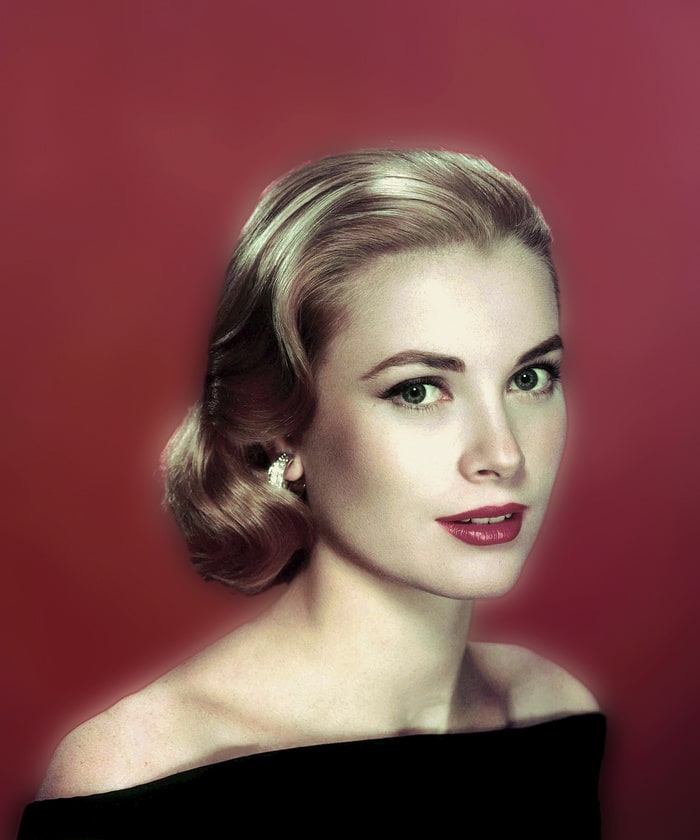 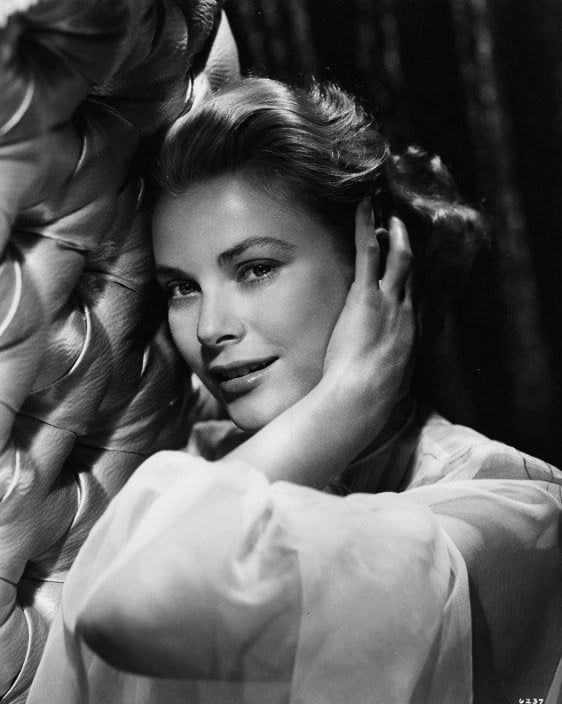 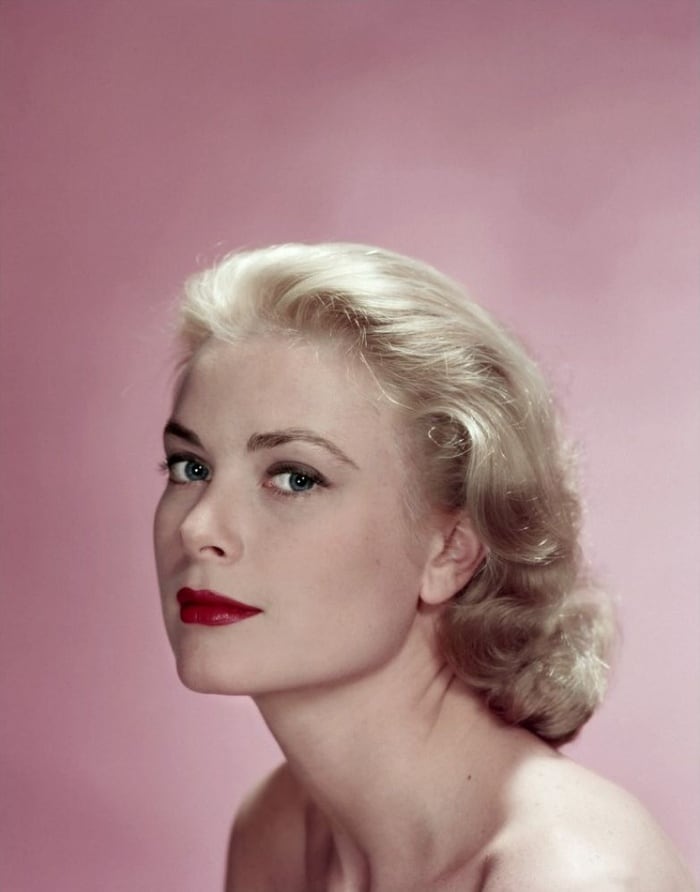 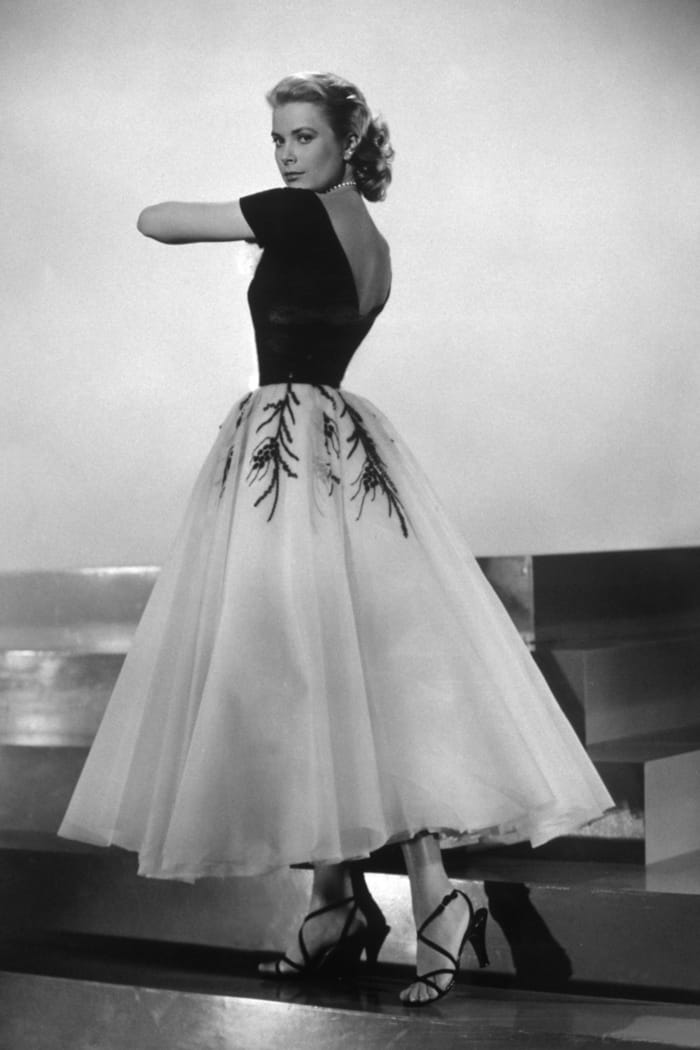 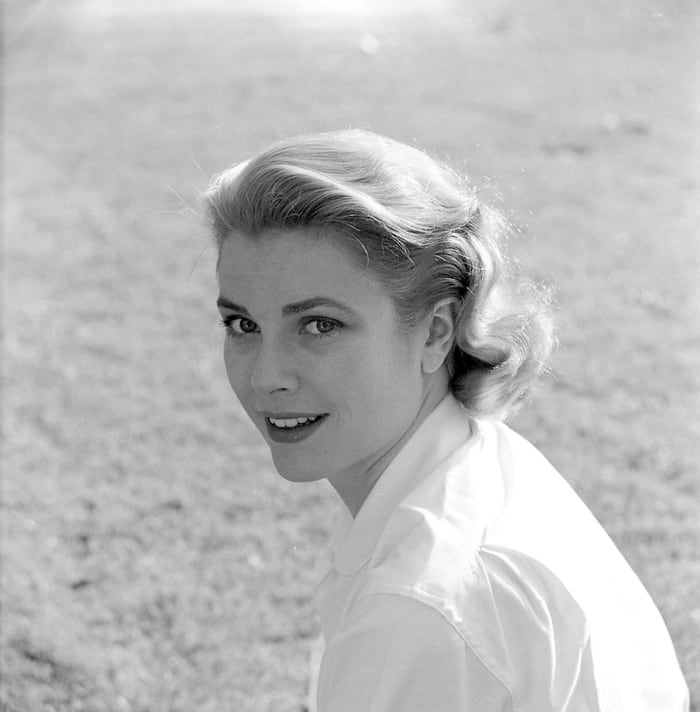 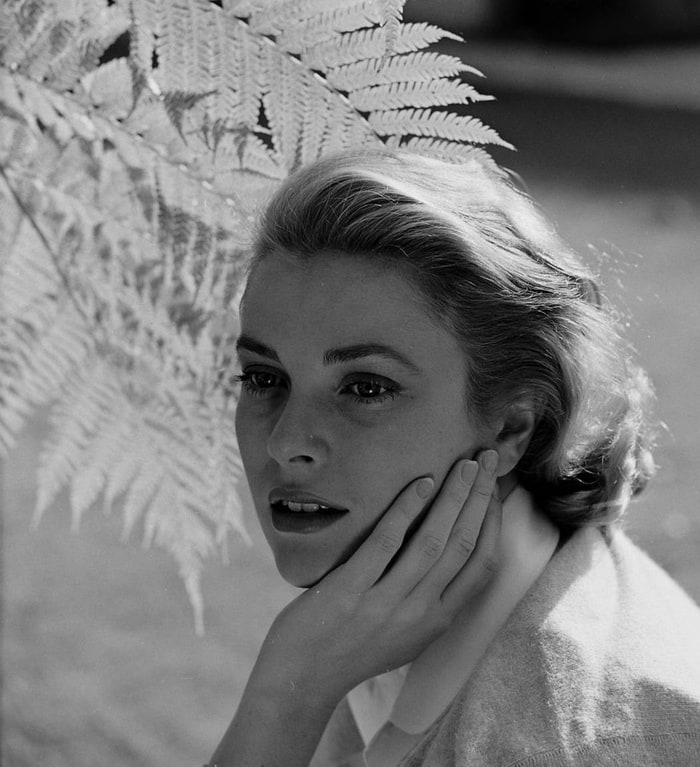 Born in Philadelphia in 1929, Grace Kelly became a popular actress in the 1950s starring in movies such as Dial M for Murder (1954), To Catch a Thief (1955) and The Swan (1956). She gained even greater fame after having starred in the film The Country Girl (1954), for which she won an Academy Award for Best Actress. She married Prince Rainier III of Monaco, with whom she had three children, in 1956. She died after having been in a car accident on September 14, 1982.

Actress and Princess Consort of Monaco Grace Patricia Kelly was born on November 12, 1929, in Philadelphia, Pennsylvania. Her father, John Brendan "Jack" Kelly, was a champion sculler who won three Olympic gold medals as part of the U.S. rowing team. A self-made millionaire, he owned one of the most successful brick businesses on the East Coast. Her mother, Margaret Katherine Majer, was the first coach of women's athletic teams at the University of Pennsylvania. Kelly was the third of four children and was named after her father's sister, who died at a very young age.

Kelly expressed a deep love of performance at a young age. In addition to participating in school plays and community productions, she occasionally modeled with her mother and sister. While attending Stevens School, a small private high school in Philadelphia, she continued to dream about acting. The arts held a prominent place in the Kelly family. Her uncles Walter C. Kelly, a vaudevillian performer, and George Kelly, a Pulitzer Prize-winning playwright, both had a huge affect on her. It was George who later encouraged his niece to pursue a full-time acting career, mentoring her through her rise in Hollywood.

After high school, Kelly decided to pursue an acting career in New York City despite her parents' objections. According to Kellys close friend Judith Balaban Quine, Jack Kelly thought that acting was "a slim cut above streetwalker." Despite this, Kelly enrolled in the American Academy of Dramatic Arts. As a student, she modeled part-time and appeared in ads for Old Gold cigarettes and on the covers of magazines like Cosmopolitan and Redbook. Her final performance at the Academy was in A Philadelphia Story. Years later she would reprise her role in High Society (1956), a musical adaptation on the big screen.

After graduating from the American Academy of Dramatic Arts in New York at age 19, Kelly sought a career on Broadway, but she found it tough going. Don Richardson, one of her directors and teachers later said, "She would never have had a career in the theater," because she had "great looks and style, yes, but no vocal horsepower."

Whether or not that assessment was correct, Kelly soon found that film was more amenable to her talents. In the years just following World War II, the film and television industries were both booming, and Kelly soon moved to Hollywood. She would eventually feature in 11 films and star in over 60 television productions.

Gary Cooper discovered Grace Kelly on the set of her first film, Fourteen Hours (1951), when she was 22 years old. He arranged for her to play his very young wife in High Noon (1952), an acclaimed Western that put her on the path to stardom. A year later, Kelly was offered a role in Mogambo (1953), a film set in Kenya, starring Clark Gable and Ava Gardner. While filming Mogambo, Kelly had an affair with Gable. Later she said, "What else is there to do if you're alone in a tent in Africa with Clark Gable?" Mogambo marked a turning point in Kelly's career: She was nominated for her first Academy Award and won a Golden Globe Award for Best Supporting Actress. MGM offered her a seven-year contract, which she accepted on the condition that she live in Manhattan every other year so that she could pursue stage work.

Kelly turned down the role of Edie Doyle in On the Waterfront (opposite Marlon Brando) so that she could work with her soon-to-be friend and mentor Alfred Hitchcock. In the 1950s, Kelly made three films with the legendary master of suspense: Rear Window (1954), Dial M for Murder (1954) and To Catch a Thief (1955). Hitchcock considered Kelly the epitome of the femme fatale: She had beauty, style and "sexual elegance." Jimmy Stewart, her costar in Rear Window, said, "She's too perfect… She's too talented. She's too beautiful. She's too sophisticated. She's too everything but what I want."

In 1954, Kelly won the role of Georgie Elgin in The Country Girl opposite Bing Crosby and William Holden. It was not a glamorous role for Kelly, who portrayed the dowdy and neglected wife of an alcoholic. She gave a raw and uncharacteristically stripped-down performance, which garnered an Oscar nomination for Best Actress. This time she won, beating Judy Garland in A Star Is Born (1954) to claim the Academy Award.

At this point in her career, Kelly was one of the highest paid and most respected actresses in the world. In 1955, she was asked to join the United States Delegation Committee at the Cannes Film Festival in France. During a photo shoot, she met Prince Rainier III of Monaco, who happened to be seeking a bride. If he didn't produce an heir, Monaco would become part of France. The prince once described his ideal bride: "I see her with long hair floating in the wind, the color of autumn leaves. Her eyes are blue or violet, with flecks of gold." The press glamorized their courtship, depicting it as a fairytale romance. A year later, their wedding date was set.

After marrying Prince Rainier on April 19, 1956, in a very public and ornate ceremony, Kelly abandoned her acting career in order to become Princess Consort of Monaco. She was also required to give up her American citizenship, and Prince Rainier banned her films in Monaco.

The royal couple had three children: Princess Caroline, Prince Albert, and Princess Stéphanie. Despite many attempts by filmmakers to lure Princess Grace back into the film industry, she resisted, embracing her role as a ceremonial leader of Monaco. She became very involved in many cultural and charitable organizations over the course of her life.

Though some believe she deeply missed her acting career, she often spoke of the rampant problems afflicting the film industry: "Hollywood amuses me. Holier-than-thou for the public and unholier-than-the-devil in reality."

Tragedy struck on September 14, 1982, when Princess Grace and her younger daughter was driving along the steep cliffs of the Côte d'Azur region of southern France. She suffered a stroke and lost control of the vehicle, which spun off the cliff's edge and plunged down a 45-foot embankment. Mother and daughter were rushed to a hospital where Princess Grace spent 24 hours in a coma before passing away at the age of 52. Princess Stéphanie survived with minor injuries.

Grace Kelly remained in the public eye for most of her life. Her on-screen beauty, self-confidence, and mystery enchanted the world, and her serenity and poise as Princess Consort piqued the media's attention. Of this attention, she remarked with typical humor and grace, "The freedom of the press works in such a way that there is not much freedom from it."

"The Eagles" Playlist by Iceviper