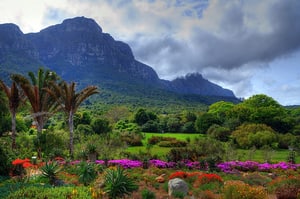 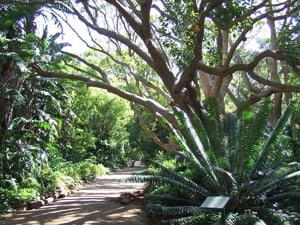 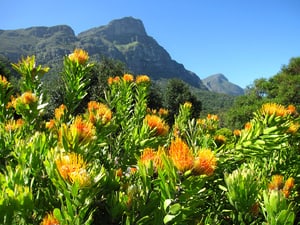 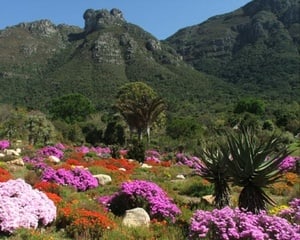 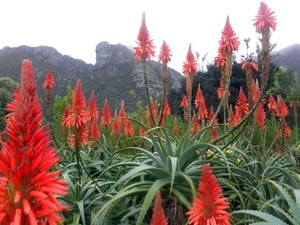 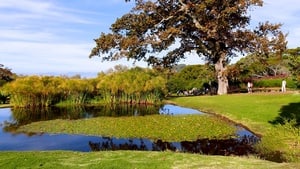 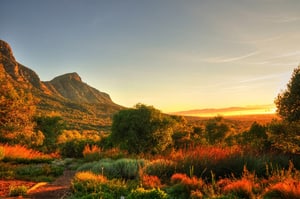 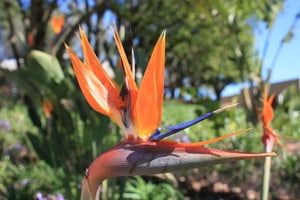 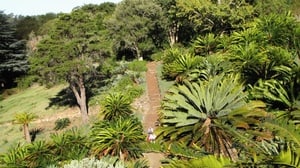 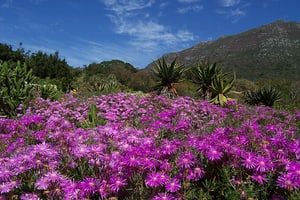 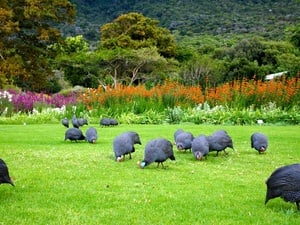 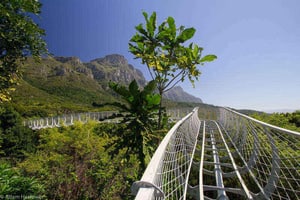 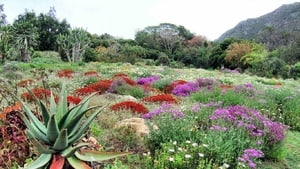 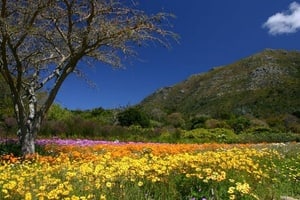 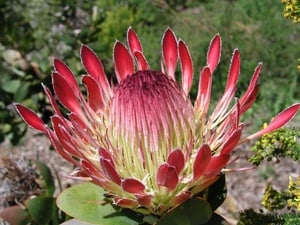 Kirstenbosch is a famous botanical garden nestled at the foot of Table Mountain in Cape Town. (It is on the eastern slopes of the mountain, not on the northern side normally depicted in the standard tourist snapshots). (Kirstenbosch should not be confused with the similarly named suburb of Kirstenhof which lies some 10 km to the south.)

The garden is one of nine National Botanical Gardens covering five of South Africa's six different biomes. When Kirstenbosch, the most famous of the gardens, was founded in 1913 to preserve the country's unique flora, it was the first botanical garden in the world with this ethos. Furthermore, what makes the Gardens so famous worldwide is that (with minor exceptions) only indigenous plants are cultivated.

The garden includes a large conservatory (The Botanical Society Conservatory) exhibiting plants from a number of different regions, including savanna, fynbos, karoo and others. Outdoors, the focus moves to plants native to the Cape region, highlighted by the spectacular collections of proteas. Kirstenbosch enjoys great popularity with residents and visitors. From the gardens several trails lead off along and up the mountain slopes and these are much used by walkers and mountaineers. One of the trails, up a ravine called Skeleton Gorge, is an easy and popular route to the summit of Table Mountain. This route is also known as Smuts' Track after Prime Minister Jan Smuts who used this route regularly. On the slopes above the cultivated parts of the garden a contour path leads through forests to Constantia Nek to the south. The same contour path can be followed to the north for many kilometres and it will take the hiker past the Rhodes Memorial to the slopes of Devil's Peak and beyond.

Kirstenbosch regularly exhibits Zimbabwean stone sculptures in the gardens. Many of the artists are associated with Chapungu Sculpture Park in Zimbabwe.

In summer, a popular series of outdoor concerts are held in the gardens on Sunday evenings.
(Wikipedia)

Music & Musical I Loved by Reno

My Perfect Indonesian Beauties by irishblue

My Perfect Lebanese Beauties by irishblue