Directors Who Get Way Too Much Lenience 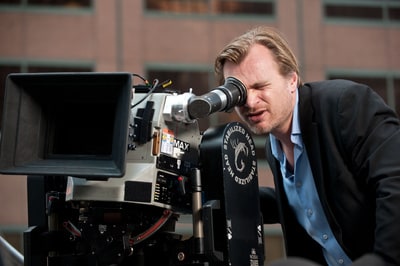 I love Memento, Insomnia and Batman Begins. They show Nolan really has talent when he finds an agreeable groove. I love than Nolan loves practical effects rather than CGI, and I appreciate that he's a massive advocate of shooting on film stock rather than digitally.

But the Nolan lovers are blowing everything out of proportion. Let me quote my Dark Knight Rises review...
Christopher Nolan fans have worshipped the man for years, exalting his modus operandi of gritty self-seriousness and faux gravitas without providing Nolan with the constructive criticism that he needs to grow and mature as a filmmaker. Due to the overzealous praise, Nolan's movies have been growing increasingly overlong and ponderous, and his ego has now reached critical mass with this third Batman adventure. Thus, instead of working to improve his directorial technique, Nolan stuck by his usual filmmaking chestnuts here, hoping to get away with bad pacing and pedestrian action scenes by smothering everything in relentless dramatic music and over-complicating a simple narrative to make people believe they're smart for understanding it.

And that pretty much covers it. His movies are too bloated and uninteresting, and he disguises his flaws with nice, polished technical specs and good actors. I'm never excited by a new Nolan movie anymore, because I know it's just going to attract fan-trolls who make the movie out to be perfect because they love Nolan, rather than the mediocre slop it'll likely turn out to be.

The lenience NEEDS to stop. 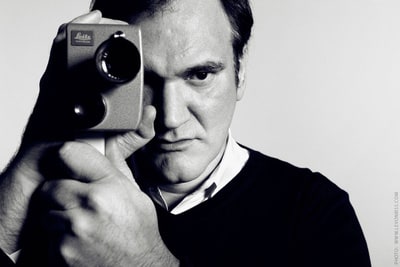 Tarantino really hit the ground running with films like Reservoir Dogs, Pulp Fiction and Jackie Brown. But his movies entering the 21st Century have been... mixed at best.

People will disagree of course, but Kill Bill Vol 2 was really hit and miss, way too long and bloated, while Death Proof was a complete bust that spat in the face of cinema-goers who like slashers of that ilk. The girl power shit just got way out of control.

And then we got Inglourious Basterds and Django Unchained, which, while loved by many, were arguably far too long and bloated, and show a lot of self-indulgence on Tarantino's part, with Basterds further exploring the whole girl power fantasy, and Django thoroughly falling flat with its horrifically bloated second act.

I like a lot of Tarantino's idiosyncrasies as a director - shooting on film stock, retaining R ratings, using blood squibs, great actors - but it's gotten to the point where you just KNOW every movie of his will be three hours long and have characters randomly discussing an obscure movie from thirty years ago. Everyone is excited about the newest Tarantino project and are so prepared to worship it like it's the second coming, but I am honestly not fussed anymore. Tarantino needs to take a step back and try to make something leaner and more focused.

I still consider myself something of a Tarantino fan, because I know how good he can be, and I'm disappointed when he squanders his potential. True fans are ones that can recognise flaws in a director's work. 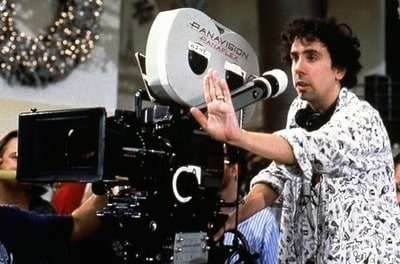 Admittedly, Burton is not as loved as he used to be, but still... Every new Burton project is cause for excitement based on his earlier cinematic oeuvre full of memorable titles.

But really, he has not done anything that's worth a damn since Sweeney Todd, and it's gotten to the point that he's almost done more slop than great movies. Dark Shadows sucked, Big Eyes was met with a resounding "meh," but people are still getting behind Burton's upcoming live-action Dumbo remake. Why? 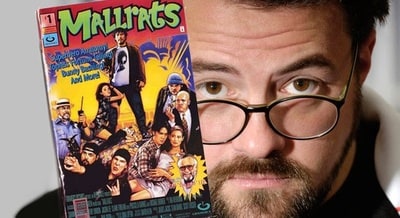 This is a tough one to admit, because I love Smith's early work, and I own them all. But Cop Out changed everything, and then along came Red State which was fucking dreadful. And Tusk really wasn't too great either.

Smith planned to just hang up his hat after Clerks 3 some years back, but now he wants to just keep making more movies. So he has a huge line-up planned. But do we really want to see what he has coming? This is a man who wanted to quit filmmaking because he admits he's not very good at it. And I agree. Smith has never been much of a director, but he writes good dialogue. And by trying new things and failing, we're being denied the wonderful Kevin Smith dialogue we're actually looking for in his projects.

I'm down for Clerks 3, but everything else... yeah, no. It can wait. I don't like what Kevin is doing. And I don't know why people are excited by any of his new projects.

Seriously Kevin... Whatever you need to get out of your system... I hope you get it out quickly. 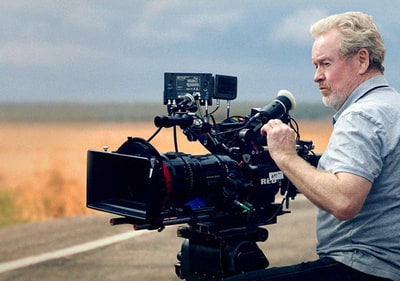 I appreciate a number of Scott's movies... Black Hawk Down, Alien, Matchstick Men... But his movies are far too mixed in quality. Blade Runner keeps getting re-tooled and only The Final Cut is really worthwhile, Kingdom of Heaven was absolute piss, Body of Lies was a real letdown, Hannibal wasn't too great, The Counselor was a big swing and miss... Yeah.

The problem is that Scott's movies are often extremely leaden. His style is having people stand around with dour expressions delivering flat dialogue. Visuals are usually pretty astounding, but I don't find his movies very involving. I liked Robin Hood and American Gangster, but I'm in no rush to watch them again, because even those are pretty boring.

Every new Scott movie is cause for cheers and hype, but honestly, he hasn't made much lately that's genuinely good and worth revisiting. He gets way too much lenience. 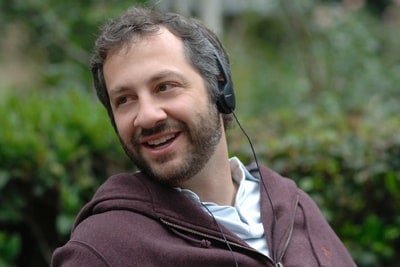 Apatow directed exactly one decent movie: The 40-Year-Old Virgin. And even that had too much flab it could've done without. Everything else Apatow has done, has been utter shite. Knocked Up is way too long, and Funny People was the most boring, pretentious pile of shit I've seen in years. 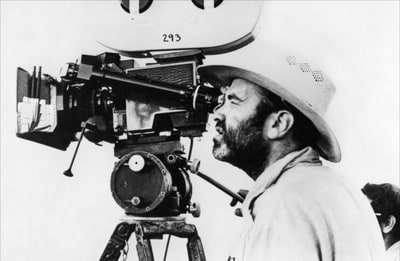 Malick needs to fuck off. Seriously. Badlands is his only watchable movie. The rest have been overlong, bloated, boring, pretentious, fucking horrible wastes of celluloid that are apparently for "true lovers of cinema."

What is his go? Seriously? Even Sean Penn can't make heads or tails of Tree of Life. He makes movies intended to be days and days long, and doesn't cut them down enough. To make long movies, you need a deft touch or something resembling an artistic soul, but Malick has neither; his movies are fucking shit.

Worse, his fans say that if you don't like his movies, you're a churlish animal who doesn't get it. Yeah, fuck off with that shit. I like movies that engage and entertain me. There is nothing engaging or entertaining about his cinematic shit stains, which are also entirely empty. You might get some vague gobbledygook messages if you're a pretentious fucktard who looks hard for something that isn't there. But regular people will feel like they're wasted their lives. 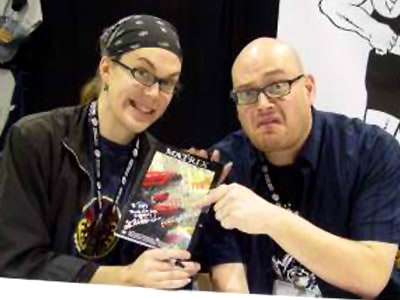 The Wachowskis made one great movie: The Matrix. That's it. The Matrix sequels blew big time, Speed Racer can fuck off, Cloud Atlas was decent but Tom Tykwer probably gets credit for that one, and Jupiter Ascending was a waste.

Yet, apparently people still want to see more of their movies. I have no idea why. They've had enough chances to amaze us one more time, but they keep wasting them. 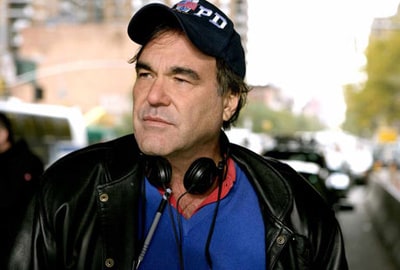 Nobody will deny that Stone has made some tremendous movies across his career, like Platoon, JFK, Wall Street, and so on.

But his latter career has been extremely hit and miss. I'll defend World Trade Center, but movies like Alexander and the massive shit-stain Savages show that Stone is really losing his touch. And yet, he still gets a degree of lenience from critics and audiences. I don't understand it.

Because a director has a handful of good films to their name, people often like to follow them and get excited about every new project... But are they really worth our faith if they keep letting us down?

These guys really get too much lenience.

Discography of... Arcade Fire by SchwarzerAbt

Books I Have Read So Far This Year by Harvey

Ranking Nick Cave and the Bad Seeds albums by the count

Films Watched in 2020 by Toby White

30 days of music by Mr. Saturn

Watched In May 2020 by Hootsaidtheowl