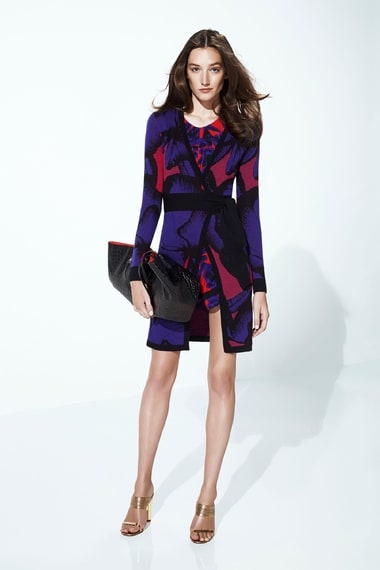 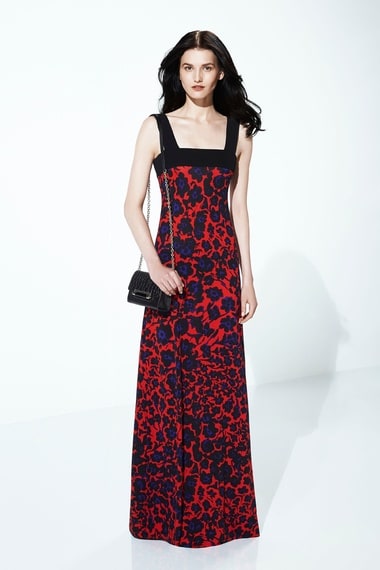 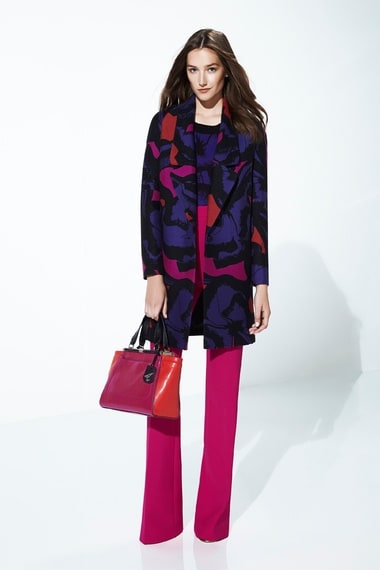 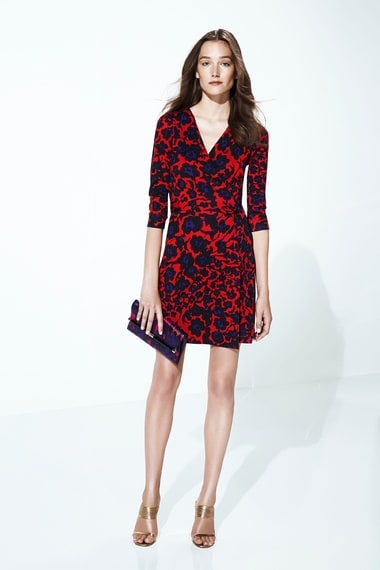 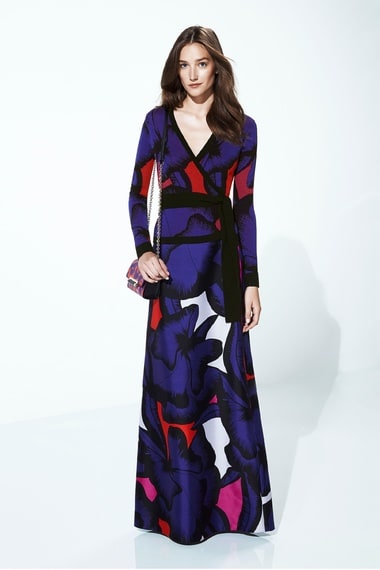 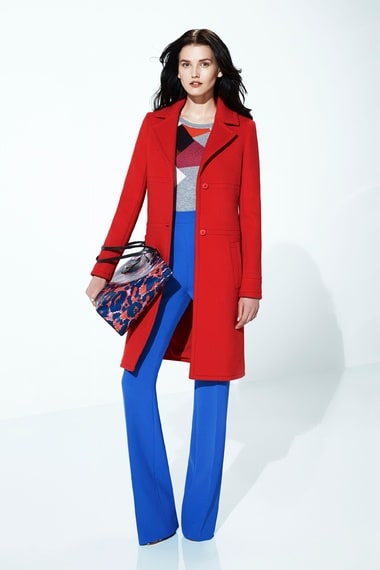 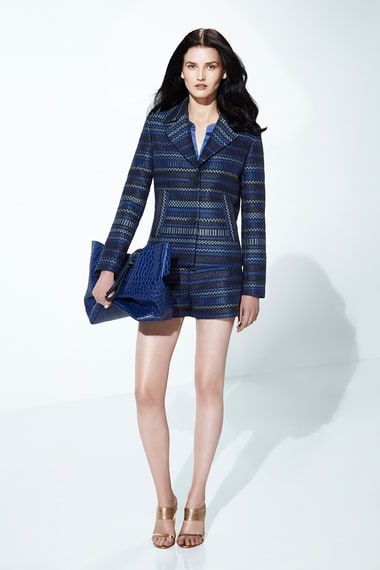 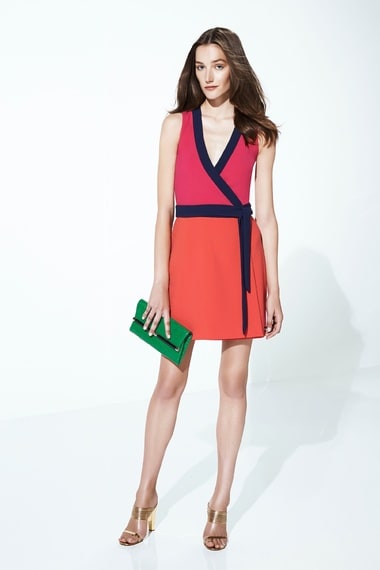 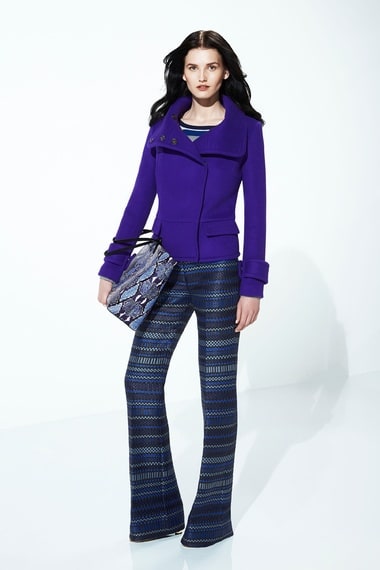 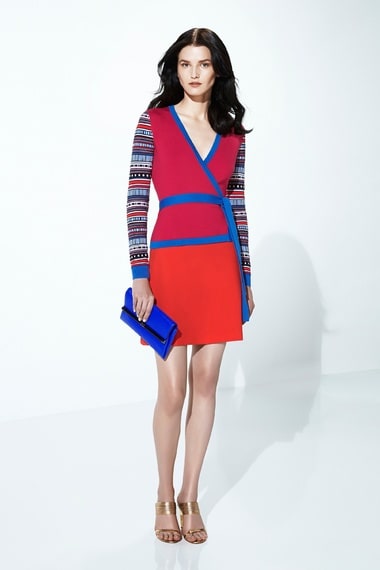 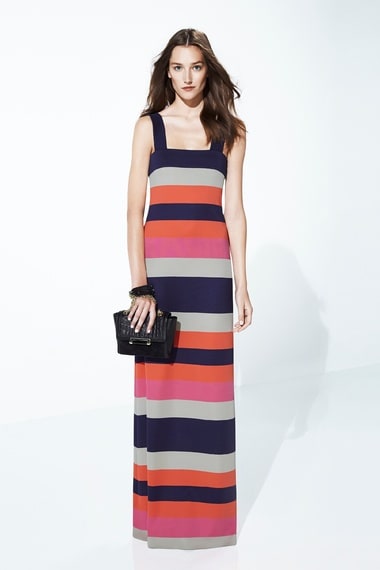 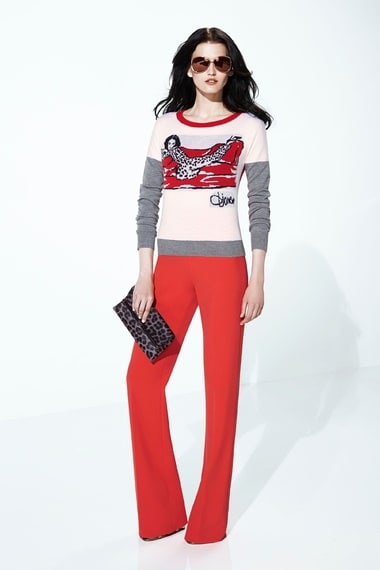 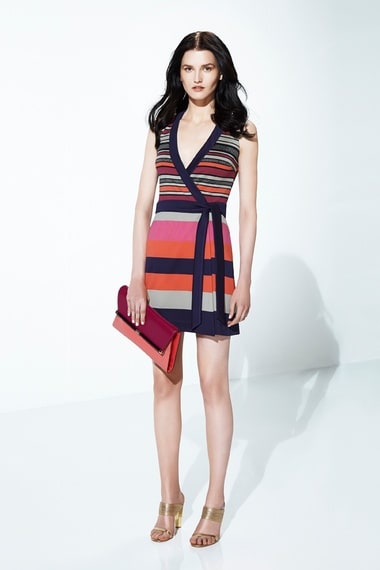 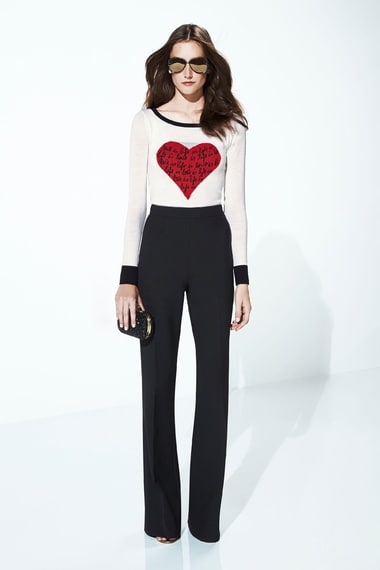 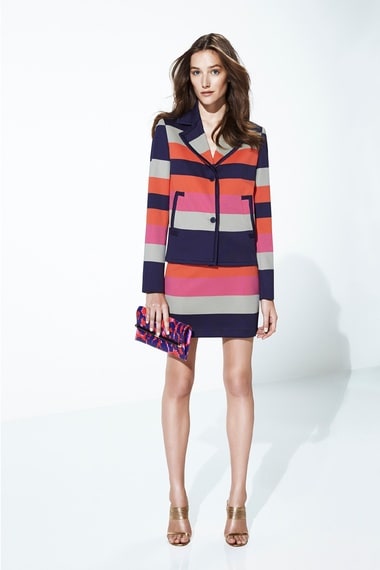 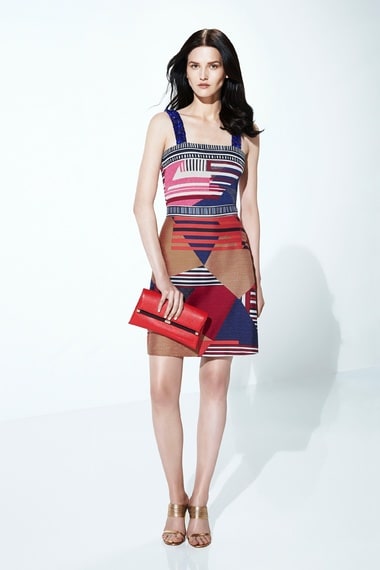 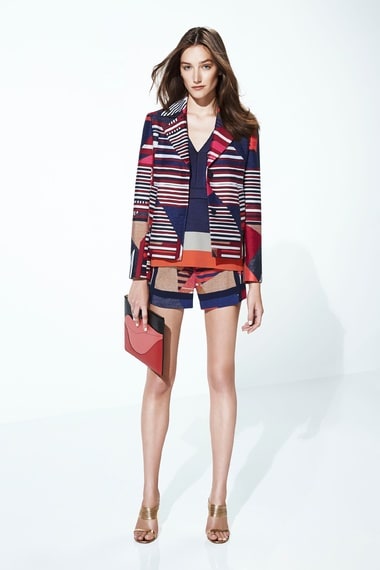 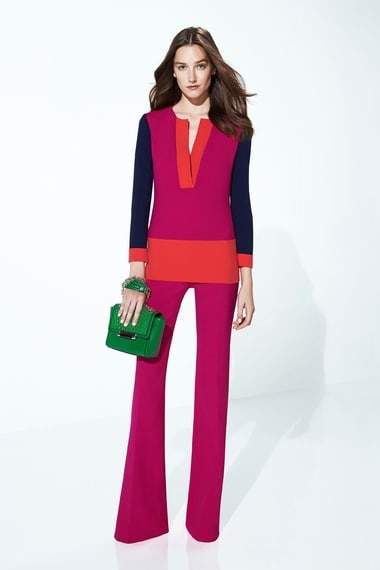 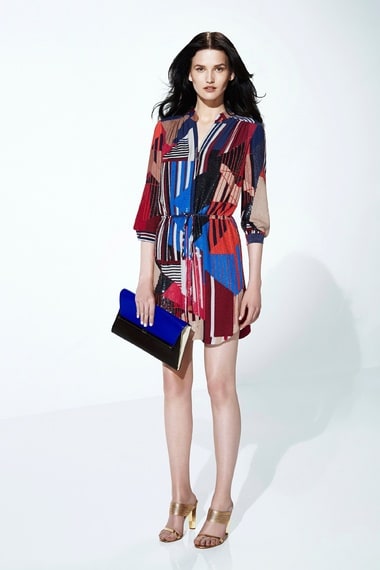 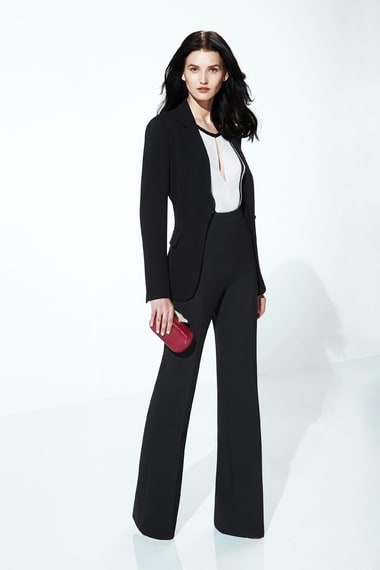 Review by Nicole Phelps
Diane von Furstenberg's West 14th Street headquarters were buzzing today. Her TV show, which follows a group of aspiring brand ambassadors vying to be a face of DVF, was filming, and on top of that there was a battalion of Google staffers on hand, inviting everyone who walked through the door to try on Google Glass and get their pictures taken with Diane. Amid all the commotion, the Resort collection could've come off as an afterthought. It didn't, and that's thanks to Von Furstenberg and her new artistic director, Michael Herz. Von Furstenberg gave Herz the job in February after he curated her 40th anniversary exhibition, Journey of a Dress, in L.A., and he's turning out to be a clever choice.

A poppy print that Herz resurrected from the archives came to life in bright shades of red and purple on DVF's signature wrap dress. It set the tone for a hyper-colorful collection that made vivid connections with Von Furstenberg's early glory days. Key pieces included a wrap dress converted into a knit cardigan with a cutaway hem, a floor-length striped T-shirt tank dress, a sequined and beaded flag-print shirtdress, and super high-waisted flares, all of which played into Resort's developing seventies trend without feeling too retro. That's important. Von Furstenberg's Google Glasses told the story: She's got her eyes on the future.

my favourite movies by Just love

The evolution of Thomas Brodie Sangster by filmbuilder

Around the World - Raquel Zimmermann by brazilfashion

National Flags with Pictures by Kenji

My Library-F by Michael S

Great rivers: the Mekong by Kenji

Soundtracks I want to listen to by FG93