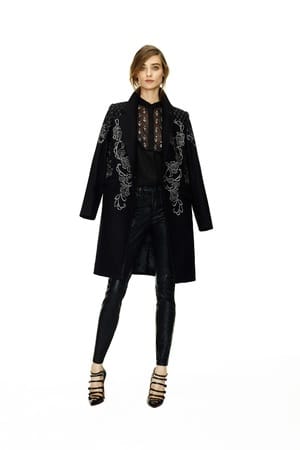 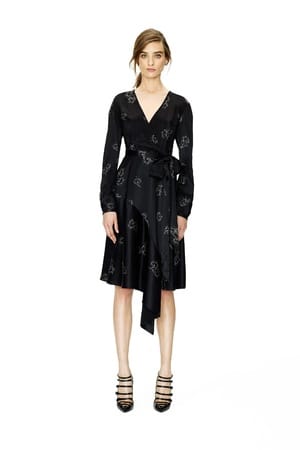 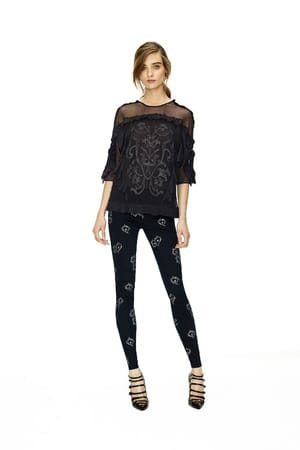 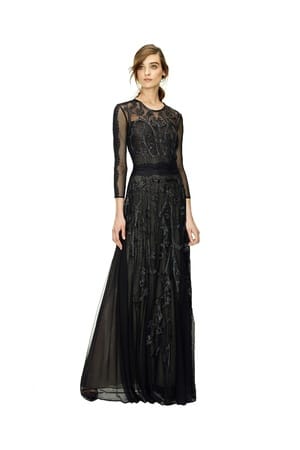 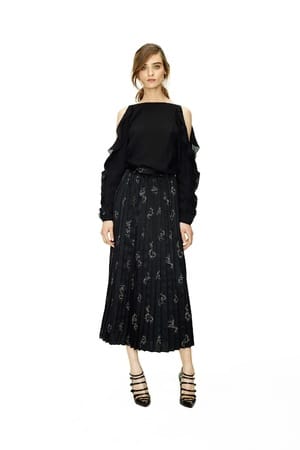 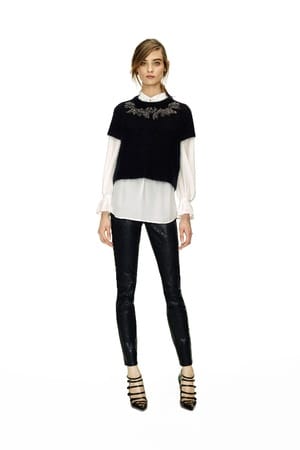 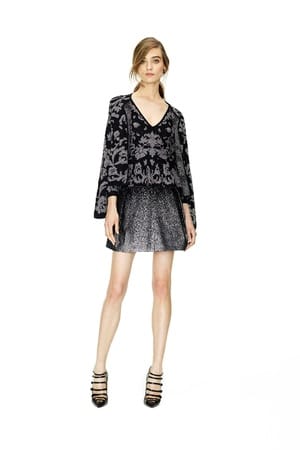 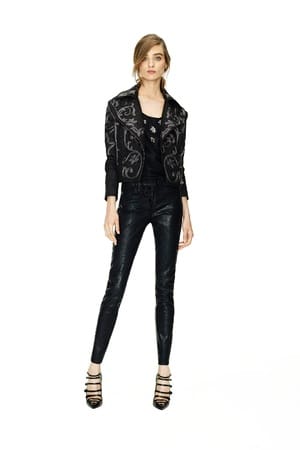 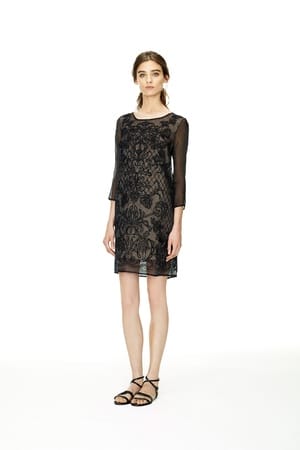 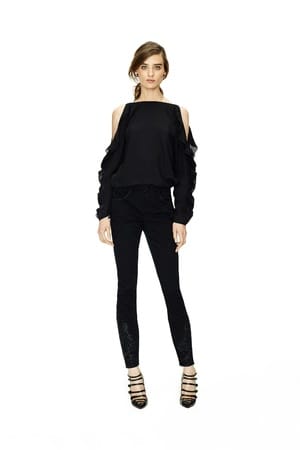 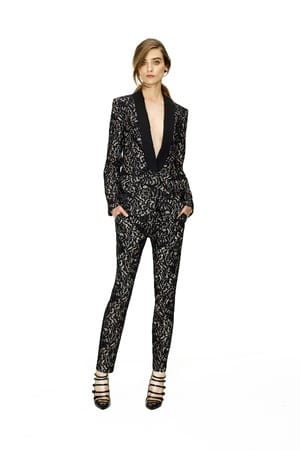 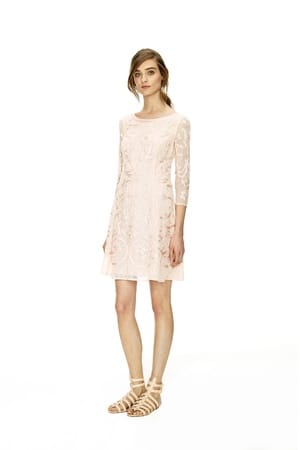 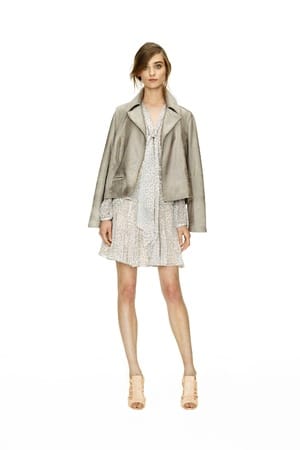 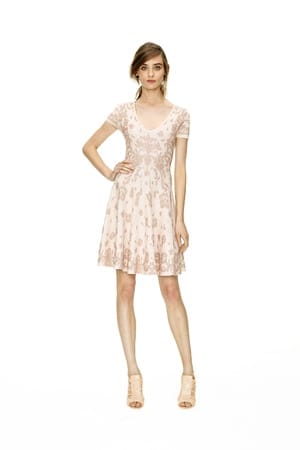 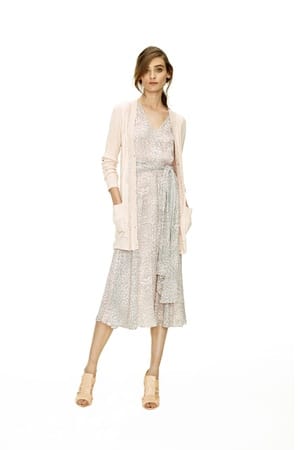 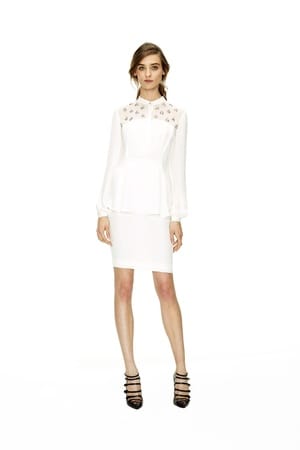 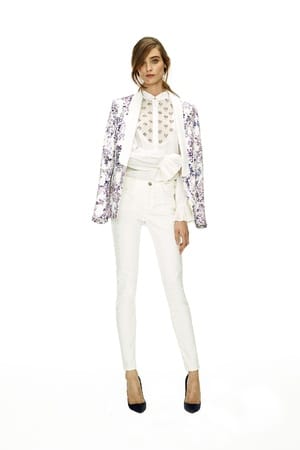 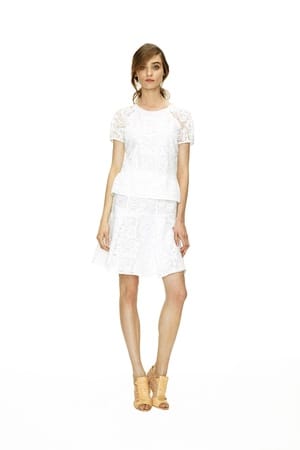 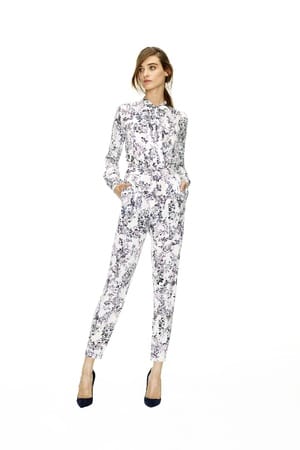 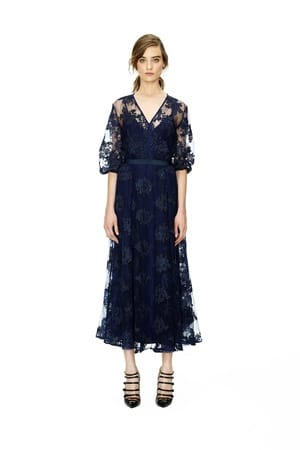 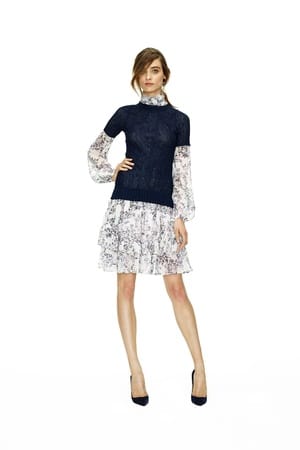 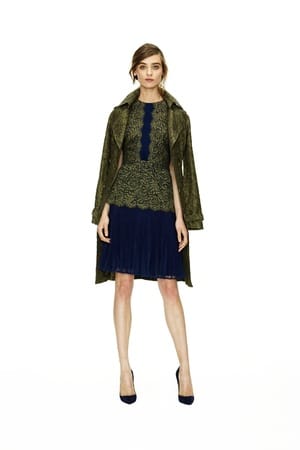 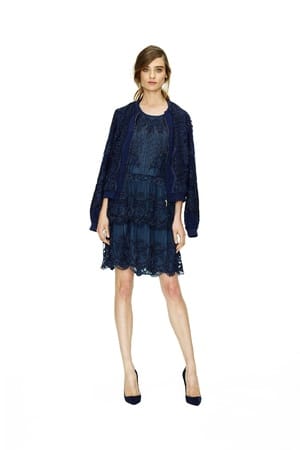 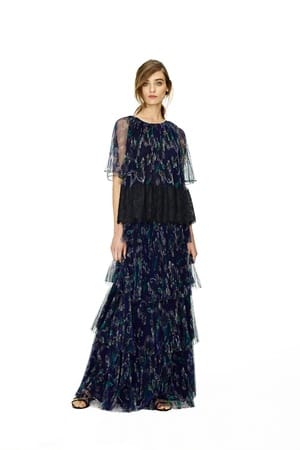 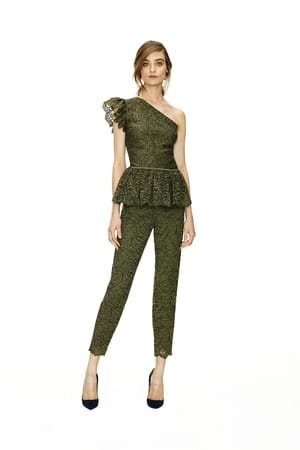 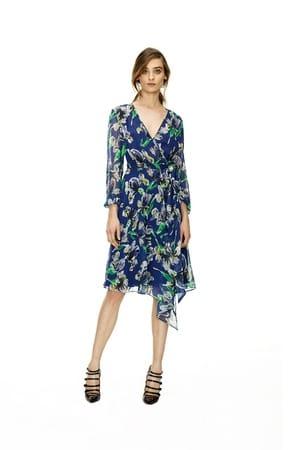 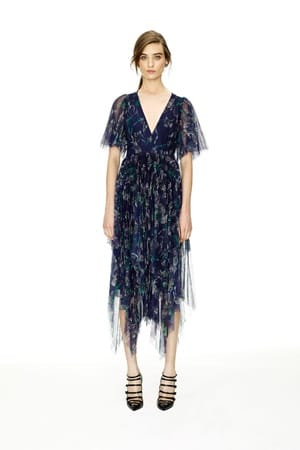 Review by Brittany Adams
At an afternoon preview of their new Resort collections, Georgina Chapman and Keren Craig were the picture of casual elegance in their bohemian maxi dresses and pinstripe peasant blouses. Even glam designers have downtime, and they've used their lower-priced Marchesa Voyage line to address "what our Marchesa girls are wearing during the day." The new lineup was split into two distinct deliveries, with the opening, mostly black group consisting of embroidered topcoats, embellished separates (like bejeweled tops, flocked velvet novelty jeans, beaded mohair sweaters, etc.), and vampy gowns to take their customer from day to night during the busy holiday party season. The lace Le Smoking tuxedo would be a terrific option for a New Year's Eve bash. The second half of the range lightened up significantly, and spoke more to the feminine essence of the brand. Easy cardigans topped wispy, leopard-print wrap dresses, while outerwear staples including trenches and bomber jackets were updated in delicate lace. Eveningwear is less of a focus at Voyage, but the collection still delivered on Marchesa's signature drama. Highlights included a long, tiered skirt and an asymmetric hemline frock—both came in pleated tulle featuring an allover iris floral.

The Evolution of Saoirse Ronan by Novarc

1980 The Movies by redrobin