8.4
The Prisoner (1967)
McGoohan not only produced 'The Prisoner', he also wrote, directed and starred in that show. He used two pseudonyms, writing "Free for All" as Paddy Fitz and directing "Many Happy Returns" and "A Change of Mind" as Joseph Serf. He also wrote "Once Upon A Time" and "Fall Out" using his own name. The seven episodes were increased to seventeen.

The main character, No.6, spends the entire series trying to escape from The Village and to learn the identity of his nemesis, Number One. He does escape if you didn't watch the show! The Prisoner was a completely new, cerebral kind of series, stretching the limits of the established television formulas. Its influence has been echoed in Lost, Babylon 5, Nowhere Man, I-man, The Truman Show, The Simpsons, ReBoot, even American Idol teaser ads.

8
Danger Man
McGoohan insisted on several conditions in his contract before agreeing to do the show Danger Man: all the fistfights should be different, the character would always use his brain before using a gun, and, much to the horror of the executives, no kissing. Thankfully they still hired him.

The first series, half-hour shows geared toward an American audience, did fairly well, but not as well as hoped in the U.S. It lasted only one year, but was rerun in several countries and gained cult status worldwide. After the series was over, one interviewer asked McGoohan if he would have liked the series to continue, to which he replied, "I would rather do twenty TV series than go through what I went through under that Rank contract I signed a few years ago for which I blame no one but myself."
Nonfictionguy's rating:

8.1
The Best of Friends
Patrick McGoohan starred in Masterpiece Theatre's production of The Best of Friends for PBS, which told the story of the unlikely friendship between a museum curator, a nun and a playwright.

6.9
Murder, She Wrote (1984)
In 1987, Patrick played Attorney Oliver Quayle in one episode of Murder She Wrote.
Nonfictionguy's rating:

8.6
The Simpsons (1989)
In 2000, he reprised his role as Number Six in an episode of The Simpsons, "The Computer Wore Menace Shoes". In it, Homer Simpson concocts a news story to make his website more popular, and he wakes up in a prison disguised as a holiday resort. Dubbed Number Five, he befriends Number Six and escapes with his boat.
Nonfictionguy's rating:

0
The Man in the Iron Mask
Nonfictionguy's rating:

0
Columbo: Murder with Too Many Notes
Nonfictionguy's rating:

0
Columbo: By Dawn's Early Light
Sadly Patrick McGoohan has passed away, I'd love to do a list of all the movies he turned down, or has appeared in. But as he will always be Prisoner number 6 to me, I thought a list of his TV works more fitting!

What isn't widely know is that he was the first choice for the roles of Gandalf in the Lord of the Rings trilogy (which went to Ian McKellen) and Dumbledore in the Harry Potter films (which went to Richard Harris) but turned them down. He also turned down the role of James Bond in Live and Let Die.

He appeared as 4 different murderers on 4 different episodes of Columbo. Of those 4 episodes he directed 3 and was considered at one point as a replacement for Peter Falk when he wanted to leave the show.

For the 1967 TV show 'The Prisoner', he sometimes used the name Joseph Serf for directing credits and Paddy Fitz for writing credits. Paddy is a nickname for Patrick while Fitz was derived from his mother's maiden name, Fitzpatrick.

He reprised his The Prisoner character, Number Six in a Simpsons episode The Computer Wore Menace Shoes. 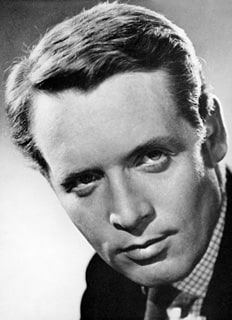 Picture of Patrick McGoohan at Listal

The Films of Paul Robeson by SuperAmanda

Most Successful Movies of... All Lists by SchwarzerAbt

Give the band a hand! by Nonfictionguy

Movies you should watch before you die by Nonfictionguy