Colin's told that he's the only man for a huge photocopying job, a fashion assignment in Bengal means an unwanted emergency dinner party, and an extremely boring guest stands in the way of an exciting opportunity. 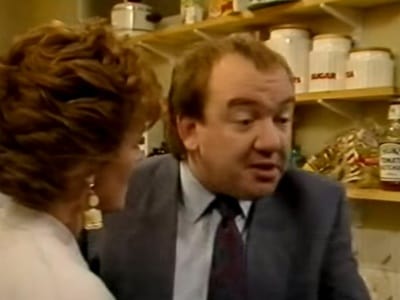 "Excuse me, Mr. Langley, would you like some ulterior motive with your prawn cocktail?"

A decision has to be made about who's entitled to a period of leave, Jen suggests going on holiday to get away from the British summer, and different requirements lead to a suggestion about going separate ways. 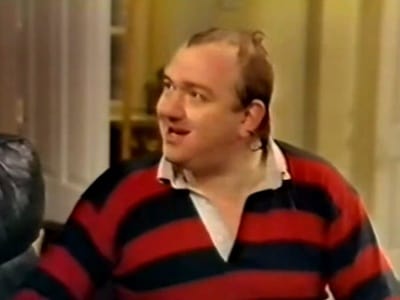 "Look, hold on. Hold on. You write what you want to write. I mean, Beethoven didn't have somebody nagging on at him to branch out all the time, did he? 'Come on, Ludwig, what about a sea shanty for a change?'"

Colin's told to cut back on excesses for a fortnight after a health scare, the agony of it all isn't helped by a leaving party and Chinese takeaway, and an appointment with old acquaintances only prolongs the agony. 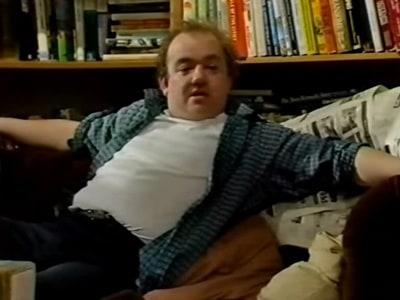 Colin's offered a chance to be published in the Langley Book of Horror, the pressure of a deadline leads to a bad case of creative impotence, and an effort to get away from constant distractions leads to the biggest yet. 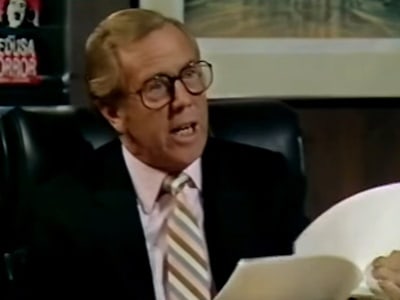 "'Mauri lingered in the murky mauve twilight of the mausoleum mumbling his maudlin mantra malevolently'. Where they doing M on Sesame Street that week?"

Colin worries about his story making it to John Langley's office, the wait for the ring of the telephone is interrupted by returning friends, and an attempted apology leads to the most boring ear-bending in history. 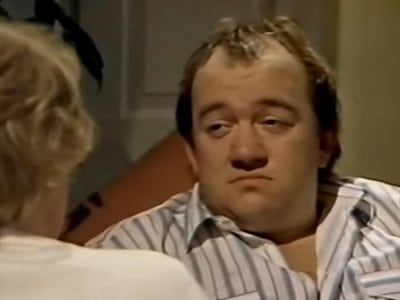 Please go away... Please I'm drained... You've squeezed my last drop of sympathy out of me, I'm finished. You're flogging a horse that kicked the bucket hours ago. The flies are buzzing around my decomposing haunches and you're still laying into me.

NIGHT ON THE TOWN

Missing out on a Eurotunnel event leaves Colin considering his future, good news from John Langley comes with an invite to dinner, and a moment of cowardice on the underground proves to be a distraction. 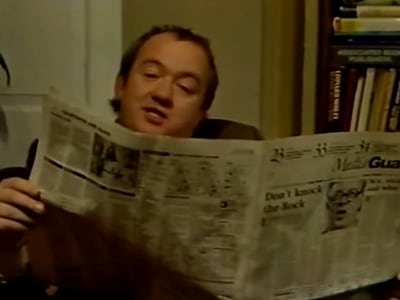 Colin enjoys the praise that comes with the launch of the Langley Book of Horror, a film producer asks for a treatment by the end of the week, and Jen wants to relax after suddenly finding herself out of work. 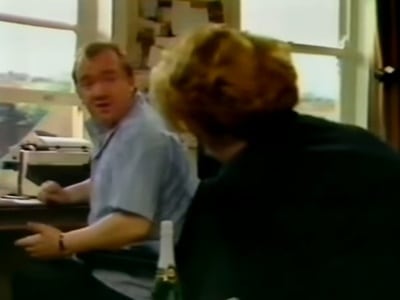 "Next week? You've got to move fast. I'll tell ya, kids coming out of college nowadays, they're buying the magazine at eight, they've got the interview at nine, they've got the job by ten, and they're having their first coronary by half past two. You can't sit down."

A PIECE OF CAKE

Colin tries to hold in his inner child when he attends a boring wedding, Trevor's announcement that he's getting married comes with a surprise request, and attempts to inject some originality don't quite hit the mark. 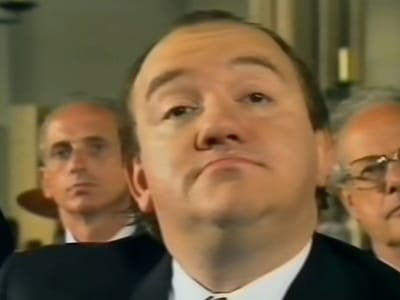 The fallout from a hijacked train provides inspiration for a story for a TV series, Jen accepts the offer of a lift for a second interview in Berkshire, and Colin begs not to be left alone with two consistently tedious guests. 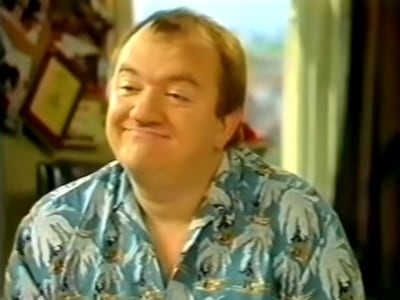 "Nice, aren't they? They sort of give a certain je ne sais quoi, don't you think? I mean who wants apple blossom and window boxes full of geraniums, eh? No, give me the maggot-infested pile of spare ribs by the skip any day?"

The demands of writing a screenplay begin to take their toll on Colin, the breaking point comes while standing in for Travers on a phone-in radio show, and Jen suggests that it might be time to hand in his notice. 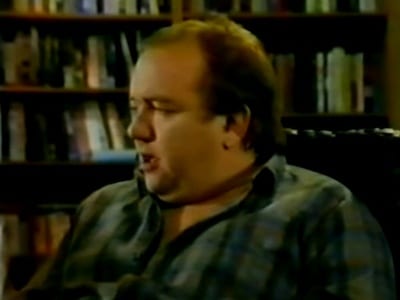 "What's he going to throw at me now? 'It's in paper, Colin. All screenplays are written on papyrus, you should know that'. 'Where's the moose? I want a moose in this script, Colin. A bad-tempered one called Lionel with huge antlers and a furry bottom'."

Alan Hunter proves to be a perfectionist when it comes to endings, Jen starts to question whether there's a future in her relationship, and Colin rushes to the hospital when Des calls with bad news about his father. 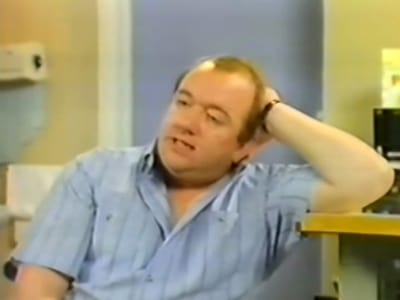 "The business section, arguably the most useless, redundant four and a half square meters of newspaper ever printed. Destined for the cat litter the moment it comes through the door. Well, at least old Tiddles gets to have a quick scan of the Dow Jones index while he dumps his load."

Colin tries to shut things out by keeping himself as busy as possible, Jen suggests going on a relaxing holiday to get away from it all, and a trip to the 'best restaurant in the world' proves to be a stressful experience. 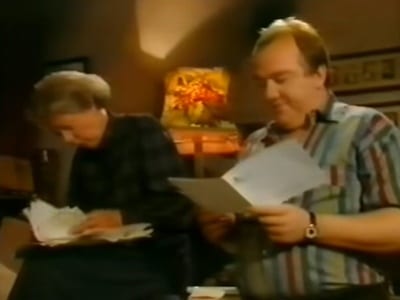 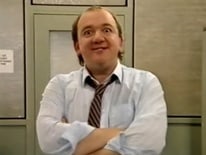 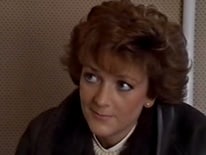 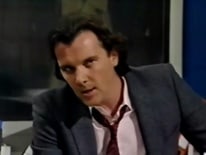 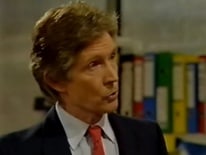 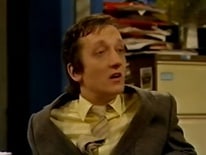 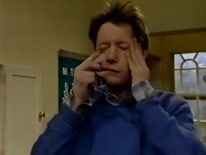 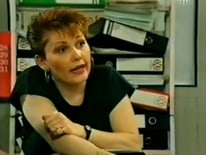 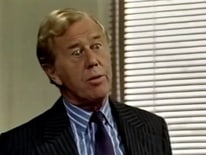 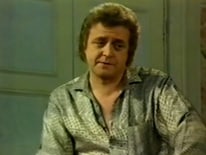 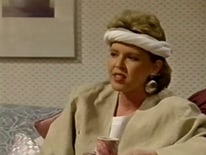 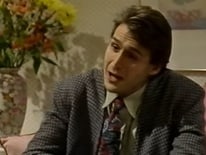 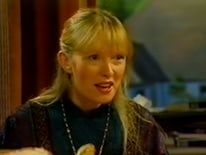 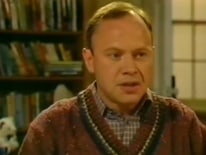 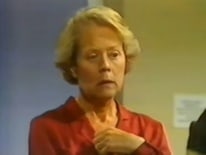 Colin spends his days listening to passengers complaining about British Rail, but he has an eye on better things. He dreams of being a successful horror writer, and spends his nights tapping away at his typewriter in the hope of coming up with the story that will launch his career.

The Ladybird Collection by kathy