The Best, Most Bizarre Beards in Film History 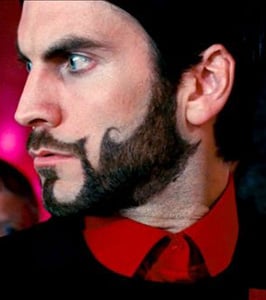 Seneca Crane’s beard has its own Facebook fan page with nearly 15,000 likes. The actor who plays Seneca, Wes Bentley, doesn’t even have one of those, but he’s not even upset. “It really defined the character for me,” he said in an interview. Jennifer Lawrence, who plays Katniss, agrees — apparently, at a press event, she admitted that if she could play any other character in the movie, she would be the beard. That’s some powerful stuff there. 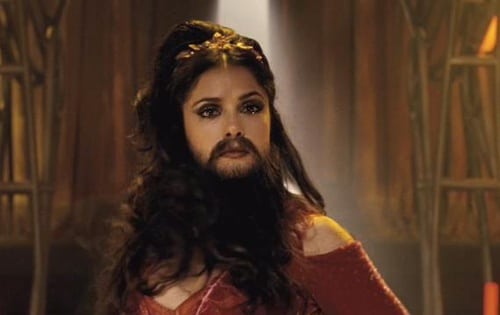 This is a pretty normal beard by the standards we’ve set, except for the fact that it’s on Salma Hayek’s face. It's a gutsy move on the filmmakers' part to cast a gorgeous woman like Hayek and then cover that face in hair. (We’re going to assume that’s why the movie did poorly, rather than the weak plot and the dull characters.) All things considered, she’s still looking pretty good — and her beard is so lustrous!

This is indeed a thing of beauty. Just look at it. Look at all the interlocking braids. In fact, it was such an intense beard that John Rhys-Davies would often have allergic reactions to it because it was too much awesome for him to handle. Well, OK, he was actually allergic to the prosthetics, but still. Let’s hope the dwarven heroes of The Hobbit are having a better time with their own fantastic facial hair.
quisma88's rating: 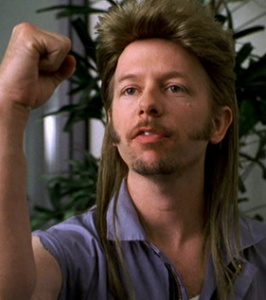 At least you could argue that Wolverine in X-Men had a reason for his sideburns, what with being-reminiscent-of-a-wild-animal and all, but what about ol’ Joe here? Is having a set of perfectly manicured and stenciled sideburns some sort of redneck stereotype that we were not previously aware of? We suspect that we’d have to sit through the movie to get the answer, so we’ll just admire from afar, thanks. 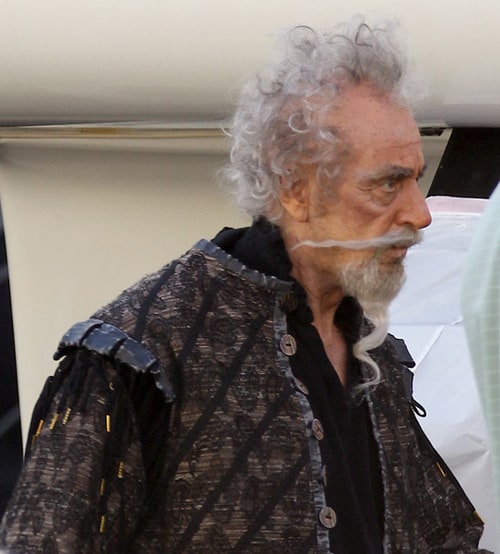 Just what is even going on here? First, it’s Al Pacino in a wacky mustache and beard, and that’s weird enough because we expect better of the guy. Second, this is for an Adam Sandler movie that wasn’t even good by Adam Sandler standards? We’re so confused.
quisma88's rating: 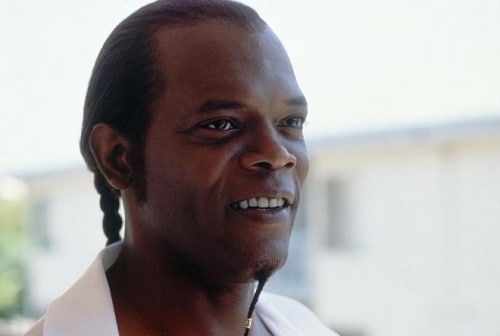 Oh, Samuel L. Jackson, is there nothing you can’t make look cool? How can you remain so tough, even when sporting the tiniest of braided, beaded soul patches? And Ordell Robbie is the villain in this movie! He’s supposed to be the terrifying one! 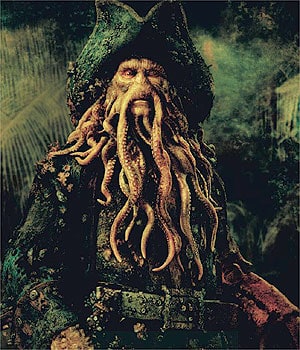 As Captain Jack Sparrow, Johnny Depp’s got himself a delightful set of braids and beads adorning his chin. But Sparrow’s beard pales in comparison to that of his arch nemesis Davy Jones, whose mane is made out of tentacles. Tentacles. Sure, they’re CGI, but he can pick stuff up with them. Can you do that with your beard? No, you cannot. 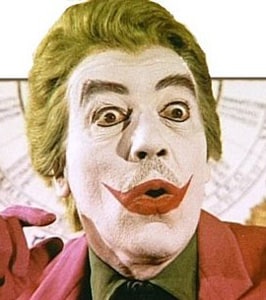 “But the Joker in the Adam West series didn’t have any facial hair!” we hear you saying to yourself. Well, look closer — Cesar Romero refused to shave his iconic mustache for the role, so his stylists just put the white face makeup on top of it. We like to imagine that this is a part of the ’60s Joker character and that he’s just so insane that he’ll grow a mustache and paint over it like it’s no big deal.
quisma88's rating: 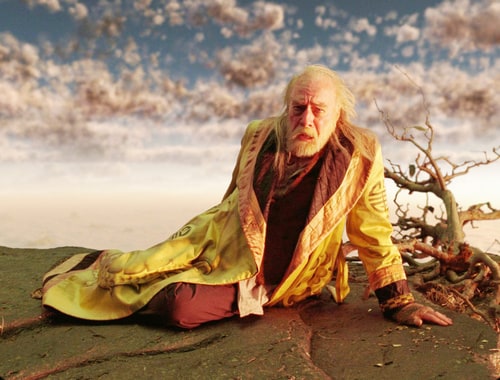 Unless you were a huge Heath Ledger fan, you likely missed this Terry Gilliam film, which was the actor’s final project. While Christopher Plummer’s character, “an aging man with a vivid imagination in a world that doesn’t listen anymore,” is meant to be a stand-in for the director himself, we’ve never seen Gilliam with a beard that’s quite so luscious.
quisma88's rating:

As with Seneca, the beard is what makes this dude. Well, that and his crazy hat and his adorable voice. Actually, you know what? Forget what we just said. Everything about the Coroner is completely amazing and he’s pretty much the best character in the whole movie, save for maybe that Emerald City guard who cries through his eyebrows.
If you were one of the many people who saw The Hunger Games this past weekend, you know the character Seneca Crane. Well, OK, if you didn't read the book you might not recall his name. He's that guy with the awesome beard. Now you know exactly who we're talking about, don't you? Because that beard was so awesome. Seriously, it's very rare that you see the kind of facial hair that can steal scenes like that. We don't even remember what he was doing in most of those scenes because... beard. Beard.

Seneca isn't alone, though—there has been some pretty amazing facial hair memorialized in movies through the ages. And we're not talking your run-of-the-mill Zach Galifianakis hairiness either—we mean braids and beads and stencils and lots and lots of mustache wax! Below, a celebration of the most follically gifted movie characters we could find.

Celebrities Who Are Banned From Foreign Countries by Coby

My Favorite Images from Listal's Members by Gaby

Horror movies that traumatized me by My raimBow

Filmography of Clint Eastwood: From Best to Worst by - WreckMe -

Actors who have played Adolf Hitler by Elina

My Top 30 Halloween Favorites: Ghosts by The Mighty Celestial

The evolution of Noomi Rapace by quisma88

Actors & Actresses who CAN sing by quisma88

Vempires in anime by quisma88