Around the world with ...a soup. 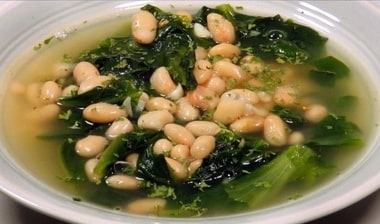 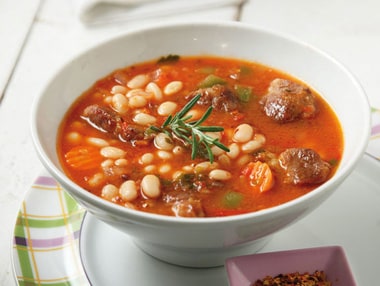 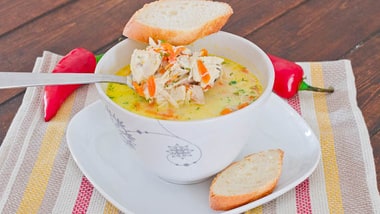 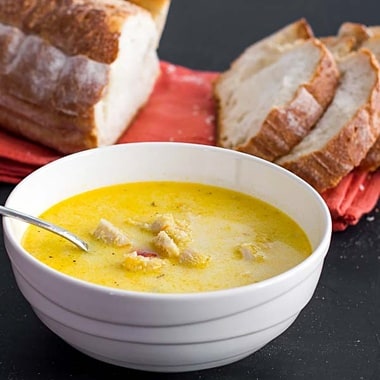 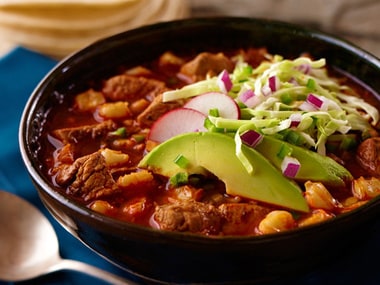 Pozole-Mexico.
A pre-Columbian soup made from hominy, with pork, chile, and other seasonings and garnish, such as cabbage, lettuce, oregano, cilantro, avocado, radish, lime juice. 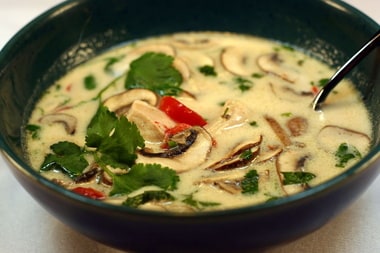 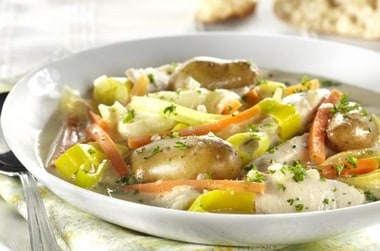 Waterzooi-Belgium.
A soup made of fish or chicken, carrots, leeks and potatoes, herbs, eggs, cream and butter. 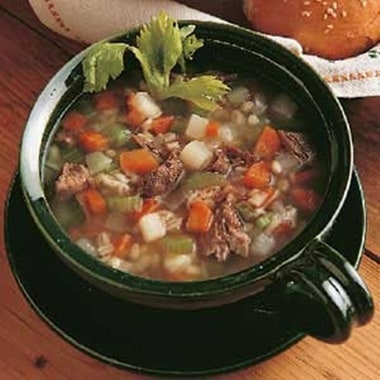 Scotch Broth-Scotland.
A filling soup with cuts of lamb, mutton or beef, root vegetables such as carrots, swedes or sometimes turnips and dried pulses . 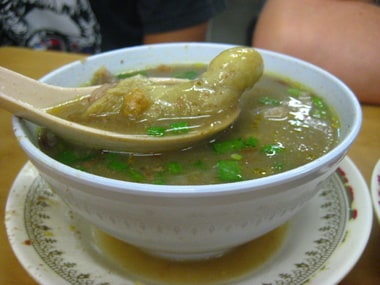 Torpedo (Bull's Penis Soup) -Malaysia.
A soup that includes the penis of a bull as the main ingredient. It is reputed to be an aphrodisiac. 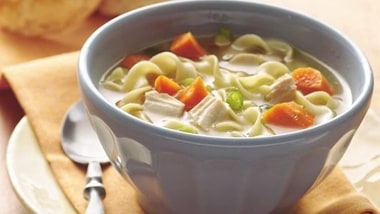 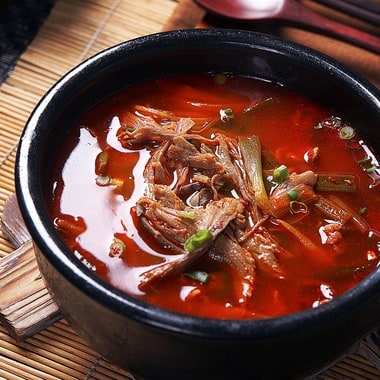 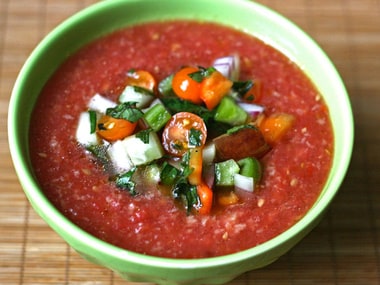 Gazpacho- Spain and Portugal.
A savory soup based on tomato,served cold. 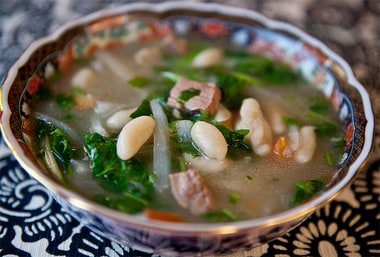 Thukpa bhatuk-Tibet.
A noodle soup ,meat is usually a main ingredient in this soup, commonly mutton, beef or yak however, this soup can also be made vegetarian with a vegetable bouillon. 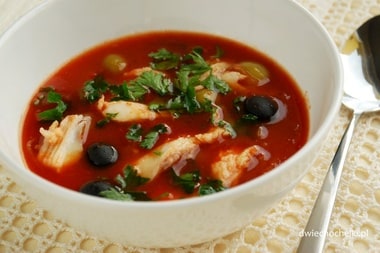 Solyanka -Russia .
A thick, spicy and sour soup made of mainly three different kinds of main ingredient being either meat, fish or mushrooms. All of them contain pickled cucumbers with brine, and often cabbage, salty mushrooms, cream and dill. 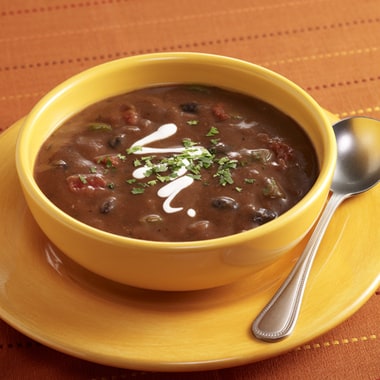 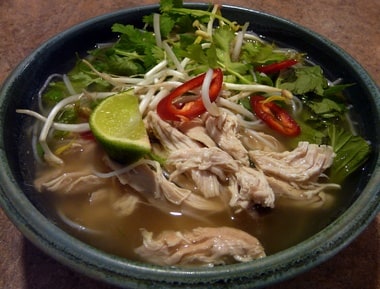 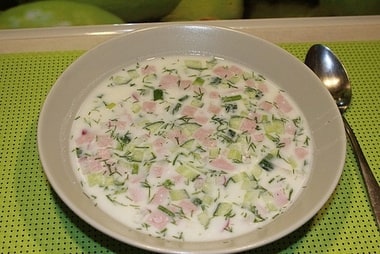 Okroshka-Russia.
A soup is a mix of mostly raw vegetables (like cucumbers, radishes and spring onions), boiled potatoes, eggs, and a cooked meat such as beef, veal, sausages, ham,served cold. 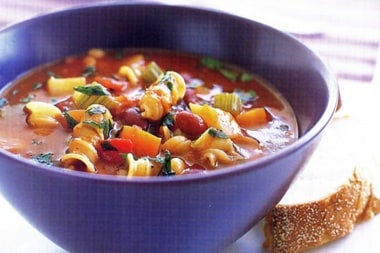 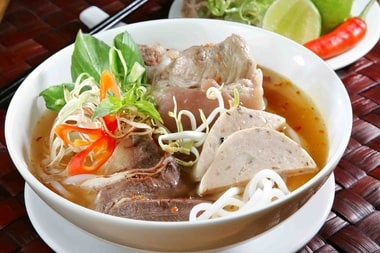 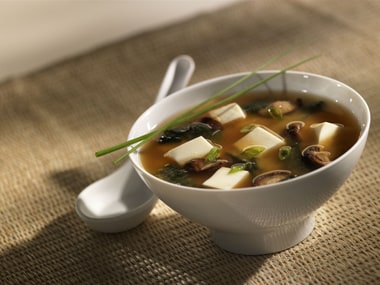 Miso soup- Japan.
A soup made from fish broth, fermented soy and ‘dashi’. 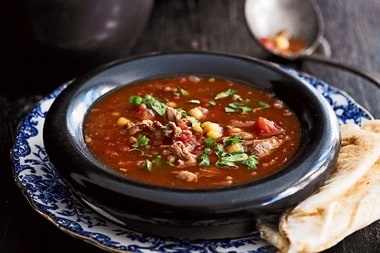 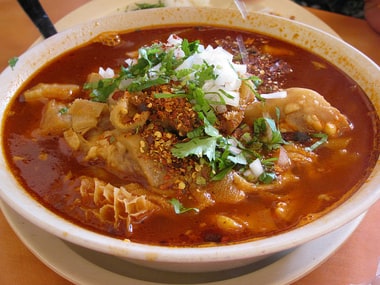 Menudo-Mexico.
A soup made with beef stomach (tripe) in broth with a red chili pepper base. 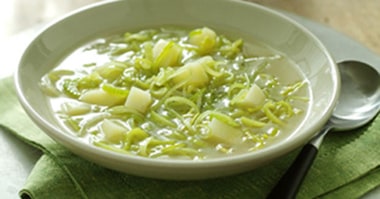 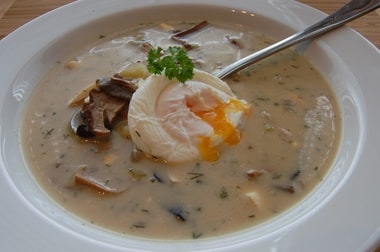 Kulajda-Czech Republic.
A soup made with sour cream, potatoes, dill and quail egg and mushrooms. 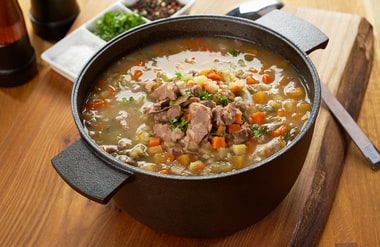 Íslensk Kjötsúp-Iceland.
A meat soup made with lamb and vegetables. 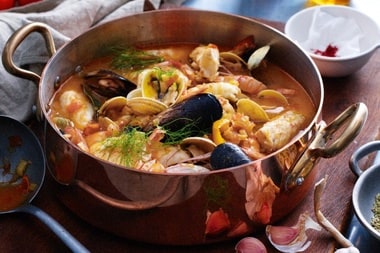 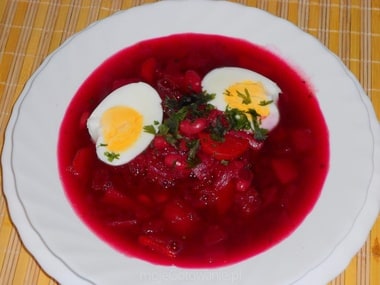 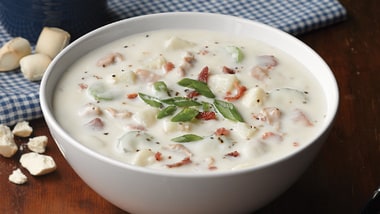 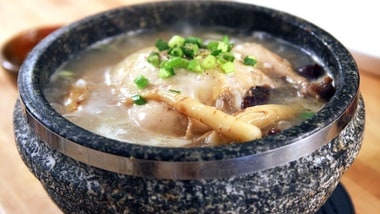 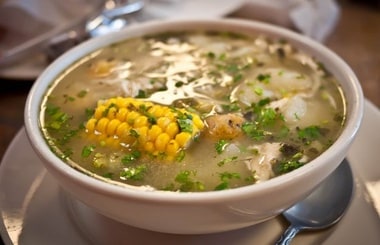 Ajiaco-Colombia.
A soup made with chicken, corn, at least two kinds of potatoes, sour cream, capers, avocado, and guasca.
Load more items (10 more in this list)

27 votes
Around the world with food and drink (11 lists)
list by Venice
Published 7 years, 11 months ago

Favorite Images of Otters #1 by kathy

Favorite Images of Ocelots by kathy

Favorite Images of Koalas by kathy

Favorite Images of Cheetahs #1 by kathy

The strangest food from around The World by Venice

Town on the rocks by Venice

Extraordinary Statues And Sculptures by Venice