Notes: Eventually, I must admit it, the first half was actually quite impressive. Indeed, it was a really intriguing depiction of the Civil war, displaying the impact on the people of the North and the South. There were also some very well made battle scenes, especially considering the fact that it is a 100 years old feature and it must have cost a fortune back in those days. However, in the second half, Griffith went completely apeshit on us and the whole thing became really despicable. First of all, the way black people were described was just really awful. Indeed, they are basically portrayed as evil, ignorant and completely useless. It was so disturbing that even at the time many people were really outraged. Furthermore, while the first part seemed pretty accurate historically speaking, in the second half, they gave an alternate version where the North and South were actually bonding against the black oppressor ruling in the South and the Ku Klux Klan was described as some kind of rightful resistance group… Still, even though you don’t agree with Griffith's ideas, you have to bare in mind that the guy was actually a visionary and he has single-handedly created most of what we know of the cinematic language (intercutting between various scenes, establishing shots going to medium shots going to close-ups,…). When you see this movie, you don’t notice those tricks because you have seen them in 100s of movies that came afterwards but he actually invented all these things. So, from a technical and historical point of view, it is quite a valuable feature and it is usually considered as the birth of the modern American cinema but the ideas developed were just disgusting and the whole thing felt terribly misguided.
johanlefourbe's rating: 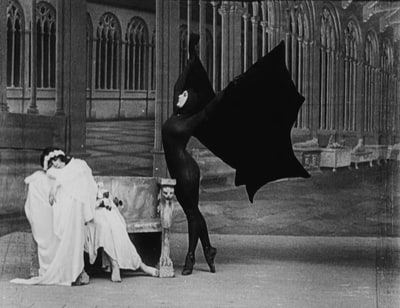 Notes: I didn’t know that, back in the 1910’s and 1920’s, such serial films were actually very popular. Louis Feuillade was apparently the master in this genre and this movie is considered as his magnum opus. Well, with 7 hours of running time, it is considered as one of the longest movies ever made but, to be honest, I don’t actually agree with this assessment. Indeed, it is not a continuous epic story like ‘The Lord of the Rings’ but it is in fact very episodic and, in my opinion, it is a more a vintage mini-series than a very long feature film. Anyway, to be honest, I think it must be quite a drag to watch it all at once and, in my case, I actually watched it the same way it was released, one episode each day over a 10 days period. Anyway, how was the damned thing after all? Well, in spite of its title, it turned out that this movie had actually nothing to do with actual vampires after all. Indeed, it was actually dealing with some bizarre underground gang called ‘The Vampires’. In this group, the most memorable character was definitely Irma Vep, such an intriguing character that it inspired Olivier Assayas not only to make a movie back in the 90’s but also a mini-series much more recently. On the other side, with the good guys, to be honest, I didn’t care much for Philippe Guérande but, on the other hand, Oscar-Cloud Mazamette was very often quite hilarious.
johanlefourbe's rating: 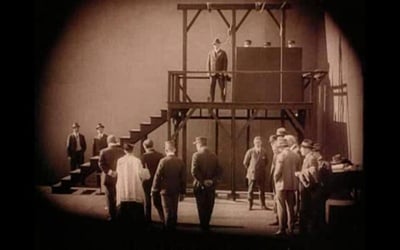 Notes: At last, I finally saw this flick. I mean, it was on my queue for more than a year but I kept pushing it away because, let’s face it, to watch a 3 hours silent feature is a rather daunting prospect, at least to me. Eventually, it was quite impressive. I mean, it was a very ambitious production, no doubt it, and the production value was really amazing. Apparently, D.W. Griffith spent $2 million to make this flick which was a huge amount of money at the time and, apparently, even so, the audience were not really attracted by such a long movie so it wasn’t really a financial success. I must admit it, myself, I was quite intrigued during the 1rst hour but then, I had a hard time to focus until the end. Griffith basically mixed 4 stories, 3 around some historical events (the fall of Babylon, the crucifixion, the massacre of the St. Bartholomew's Day) and a contemporary fiction and the fact that he kept switching between all these tales made it even more difficult to hold on the whole thing. Still, it was very well directed, especially when you think that it is almost 100 years old.
johanlefourbe's rating: 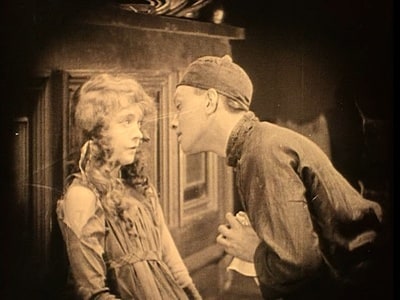 Notes: D.W. Griffith is nowadays considered the first great movie director and even though I'm really curious to check his work, I also have some mixed feelings about the guy, even before I have watched anything he made yet. Indeed, his great masterpiece 'The Birth of Nation' is highly controversial but I couldn't avoid his work for much longer so I decided to check this flick. Eventually, I thought it was pretty good but there were many elements, inherent to the era, that bothered me. I mean, the main character is an Asian man called 'The Yellow Man' and he was played by a white guy. I'm really sensitive to this kind of things and it was pretty offensive. Of course, I know, it was a common thing back in those days but, still, I couldn't help thinking that with an Asian actor, the whole thing would have been greatly improved. Still, it remains a solid drama, very dark and gloomy, and from a visual point of view, it was quite amazing. Indeed, without any dialogue, Griffith still managed to drag you into this dark tale and it was quite fascinating. You can see that everything was shot on stage but the details were great and created an immersive atmosphere. Finally, it displayed one of the most striking death scenes I have ever seen.
johanlefourbe's rating:

Many years ago, I actually discovered this website thanks to the awesome list 1001 Movies You Must See Before You Die but, unfortunately, this list is not up to date anymore so I have decided to create my own version. 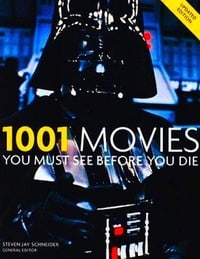 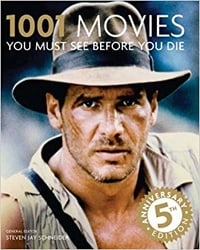 2019 movie diary (so far) by changonieto

Favorite lists published in 2008 by Nusch

Songs About Nostalgia by Nusch

Book to Movie Adaptations by filmbuilder

Favorite Movies of 2018 by Stella

A Complete Review of Barry Sonnenfeld's work by johanlefourbe

Top 10 worst movies of the 90’s by johanlefourbe