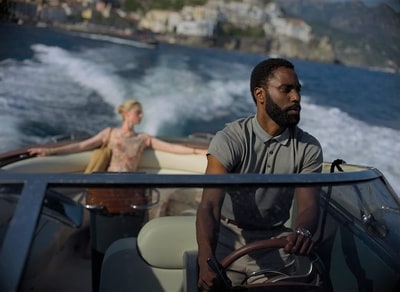 Notes: Like so many film buffs, I have been closely following Christopher Nolan's career for years and, once again, this new directing effort was my highest priority for 2020. On top of that, because of the Coronavirus, even though the movie was completed, it kept getting postponed increasing my expectations in the process but also for everyone else. Well, I wish I could say it was worth the wait, as it is usually the case with this director. Unfortunately, I'm afraid Nolan has delivered the first misfire in an otherwise pretty much flawless career so far. The saddest thing is that it was, according to Nolan, his most ambitious movie so far. Anyway, what went wrong? Well, for me, it felt like they gave permission to David Lynch to direct a blockbuster with a 200 million dollar budget. The difference would be that Lynch would probably deliver something just as weird, bonkers and nonsensical as Nolan did but, at least, it would be on purpose. I mean, it is not as if Nolan was working for the first time with a rather far out complex. However, the question I keep asking myself is 'was it really such an awesome idea?'. Well, I'm not so sure. I mean, for more than 2 hours, the viewers and the characters struggle with the dammed idea but it never became really fascinating. Concerning the cast, this time, Nolan didn't have so many characters to deal with which was probably a good thing. John David Washington and Robert Pattinson were both pretty good and had some good chemistry but, unfortunately, their characters were barely developed whatsoever. Concerning Kenneth Branagh, it didn't work so well though as he was completely miscast and you might wonder why they didn't simply hire a Russian actor. Anyway, was it really some complete garbage? Of course, not. The time passed by very quickly, the soundtrack was badass and it was visually still impressive but there is no doubt that the damned thing was seriously disappointing.
johanlefourbe's rating: 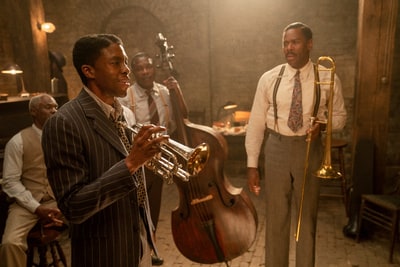 Notes: To be honest, I have to admit that I was at first not really interested as I expected it to be another predictable vintage flick about Blues. And, indeed, during the first scene, you get to see Ma Rainey and Levee performing on stage, the tension between them was just so obvious and the whole thing seemed to be about a talented jazz musician and his jealous band leader. Fortunately, it went just way deeper than that and, at the center, you had Chadwick Boseman who not only delivered his very last performance but, actually, the very best performance of his tragically short career. To think that the guy was in the middle of his battle against cancer will working on his movie was not only quite mind-bkowing but also did add another tragic layer to this tormented character. Indeed, at first, Levee might seem to be another cocky trumpet player but he turned out to be so much more complex. Basically, even though the guy had some skills and seemed to be confident, he had been also heavily traumatised by life in general and, if you expect this movie to end up with a glorious happy-ending with Levee becoming the next Jazz sensation, you will be quite disappointed. In fact, while all the black characters were constantly cracking jokes, you could feel that under the surface, they were actually all some damaged goods and they were actually almost constantly functioning in survival mode. Concerning Viola Davis, she gave here also another strong performance but even though this woman was just as complex as Levee was, I think she didn’t get enough running time to fully develop her character. Anyway, the damned thing turned out to be much more interesting than I expected and it is definitely worth a look, especially if you want to see Chadwick Boseman shining one last time.
johanlefourbe's rating:

Notes: Well, the guys from Pixar have done it again. Indeed, they have produced yet another masterpiece. Of course, the animation was gorgeous, I wouldn’t expect less from them, and the jazz music was really sweet as well, but, above all, the depth of the story and the themes developed was just really impressive. You might argue that it might be too similar to ‘Inside Out’, Pete Docter’s previous directing effort, but I didn’t bother me. Basically, this movie was some kind of a mix of ‘Inside Out’ with ‘Coco’ and ‘Up’ with some body-switching as well. Regarding the body-switching thing, you can imagine that they could have made the whole movie about this (how many movies have been made around this concept?) and it would have been still fairly successful anyway. However, and that’s where the movie really stands out from the competition, they went just way beyond that. Basically, they tackled the biggest question ever which is ‘What is the meaning of life?’, even if both characters were not even aware of this quest and this journey was just quite spellbinding. I also really appreciate the fact that, even though the main character seemed to be a decent guy, he was also flawed which made him so much more human and identifiable. Basically, the damned thing was just fascinating to behold.
johanlefourbe's rating: 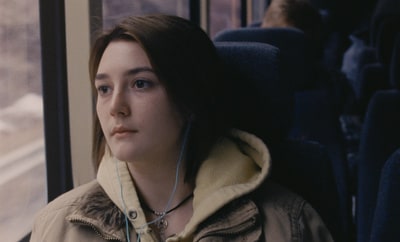 Notes: The damned thing turned out to be quite sad and depressing, that’s for sure. Eventually, the most nauseating thing, at least for me, was the toxic masculinity constantly surrounding these poor girls. Seriously, it was pretty much everywhere, at school, at work, at home, in the public transports, … Even the seemingly gentle guy in the bus had a rather creepy agenda and helped them out just because he wanted to ‘score’. Of course, you might argue that not all guys are so bad but I’m afraid this description might not to be so far from reality. Concerning the whole abortion thing, well, it’s rather sad that, after years of women fighting to have the rights to make their own choices regarding their own body, it seems that the US are now going backwards on this matter. What they seem to forget is that an abortion will always be a traumatic experience and, by making the whole process more and more awkward and complicated, it only makes the whole experience even more awful for all these poor girls and women, as displayed in this movie. Still, even if the movie was well made and newcomers Sidney Flanigan and Talia Ryder both gave some really strong performances, was this movie much better than any other movies dealing with teenager abortion released during the last 30 years? Indeed, at the end of the day, it was a little bit dry and the fact that you never get to learn these two girls outside this major tragedy probably didn’t help. Anyway, it was still a really solid drama though.
johanlefourbe's rating: 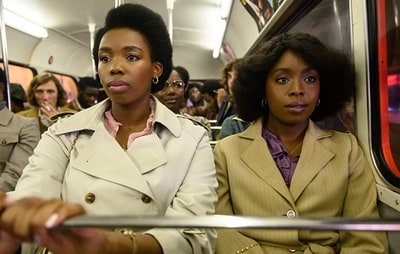 Notes: I haven't seen this one yet... 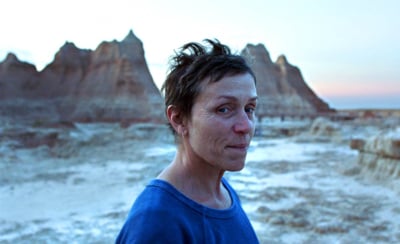 Notes: First of all, What a year for Chloé Zhao! She was supposed to release her first huge blockbuster with 'Eternals'. However, because of the Coronavirus pandemic, it was postponed until late 2021 but, in the meantime, she managed to make and release this much smaller indie feature which turned out to be one of the most talked about movies during the awards season. On top of that, I have always been fascinated by such alternative lifestyles so I definitely had some rather high expectations. Well, even though I thought it was indeed a beautiful movie with another pitch-perfect performance from Frances McDormand who’s apparently challenging Meryl Streep for the title of best actress alive, to be honest, it didn’t really blow me away though. Of course, you could argue that nothing much really happened through the whole thing but it didn’t really bother me. It might have to do with the fact that, even though McDormand was brilliant through the whole thing, even though her character went through some life changing events, she didn’t seem to really evolve after all. Eventually, the biggest issue was maybe the fact that every single person on the road was just so freaking nice. I mean, I have to admit that this lack of conflict was refreshing but, to be honest, it seems rather unlikely that none of them had a bad bone whatsoever. Eventually, even if it was unintentional, it did turn the whole thing into some kind of commercial for the nomadic lifestyle. Still, even though I wasn’t completely sold, it was quite fascinating to see these people taking some distance from our rather decadent capitalistic way of life and seeming pretty happy in the process.
johanlefourbe's rating:

Many years ago, I actually discovered this website thanks to the awesome list 1001 Movies You Must See Before You Die but, unfortunately, this list is not up to date anymore so I have decided to create my own version. I will try to add every day a new movie and, of course, I will keep it up to date. 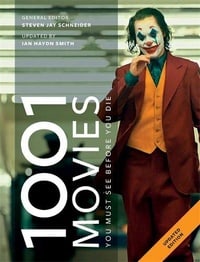 The Evolution of Mark Wahlberg by jordanwiles94

the 11 Greatest Horror Films as of October 2022 by bfpierce

the 50 Greatest One Sheets by bfpierce

Favorites of Rachelle Lefevre by gonzowar

The evolution of Asa Butterfield by johanlefourbe