What’s the Secret of the Winchester Mystery House?

The Winchester Mystery House is a mansion located in San Jose, California. It was built by Sarah Winchester, a widow who had lost her husband and child and subsequently consulted with a medium who told her that she must build a house, and never stop building, for all the spirits of people killed by the Winchester rifles. Sarah Winchester did just that, but without any sort of plan. Now, the house has staircases that go nowhere, doors that are inaccessible, and secret passages everywhere. It is reported to be haunted still by the spirits of those people who passed away at the hands of a Winchester weapon.

The house is open to tourists or anyone who wishes to see a ghost, or see the odd mansion for themselves. Is this house truly haunted? You decide. 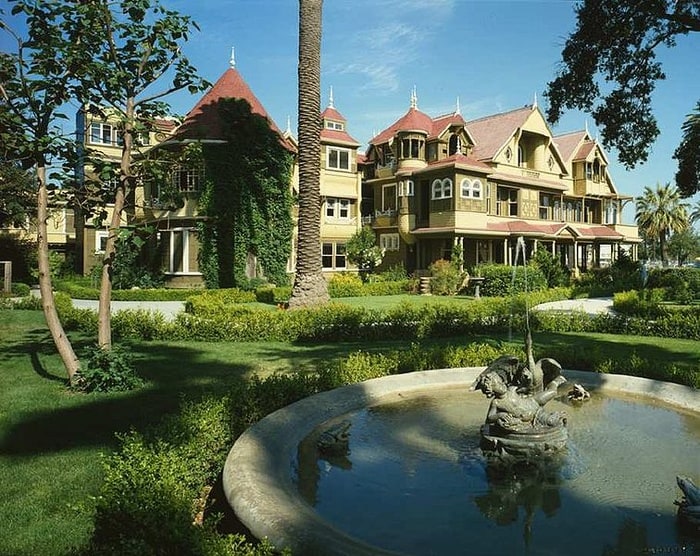 Where Did The Colonists of Roanoke Go?

One of the biggest mysteries of the 16th century was the Colony of Roanoke, Virginia, a group of around 200 people that were supposed to hold onto the settlement until more arrived from England. When the relief settlers arrived, the colonists were gone. They had completely disappeared with no indication of where they had gone. The only clue that was left behind was the word 'Croatan' carved into a post, and the word 'Cro' carved into a tree. There was a tribe of Indians called Croatan, which may have had something to do with the settler's disappearance, or they may have gone to the nearby Croatan Island. However, neither lead turned up any result; the colony’s fate remains a mystery. 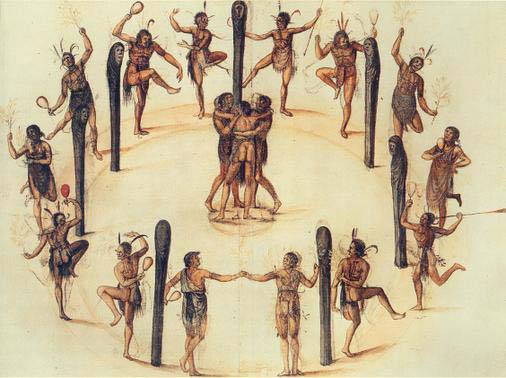 What Happened to the Capitol Building Cornerstone?

On September 19th, 1783, George Washington laid the United States Capitol Building Cornerstone. Because of changing architects, fires and various other mishaps, it would take nearly a hundred years to finish the building. As George Washington was a Freemason, and was wearing traditional Mason costume when laying the cornerstone, one of the main theories out there about the stone is that it was taken by the Freemason's, either for safekeeping, or for some other purpose. Others insist that the United States Government is deliberately covering up the location, including the Office of the Architect of the Capitol. Was the Cornerstone hiding some sort of secret, particularly the type of secret that the Freemason's or our government would want to keep hidden? Until the stone has been found, we will never know. 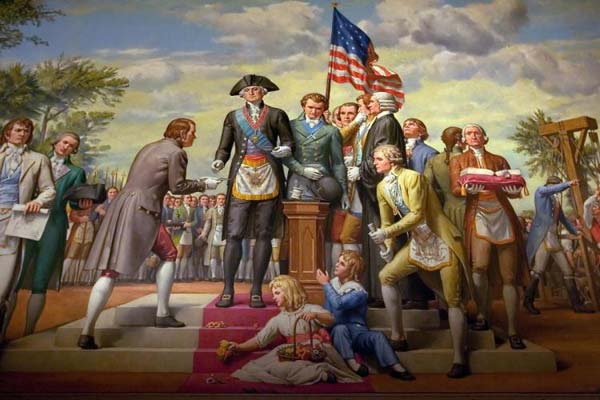 Who Was DB Cooper?

The mysterious hijacker that stole $200,000 and jumped from a plane en route to Mexico has never been identified. Here what is known about the incident. The man boarded Northwest Airlines Boeing 727, Flight 305 from Portland to Seattle and sat in seat 18C. He gave a note to a flight attendant that said he had a bomb and wanted $200,000 in cash and four parachutes. He purchased the ticket under the name Dan Cooper. A reporter later accidentally called him D.B. Cooper and it stuck. He jumped from the plane at night time, while it was at around 10,000 feet and was never heard from again. The only sign of him surfaced in the form of $5800 in $20 bills found by a child playing near the Columbia River, and was identified as part of the Cooper loot.

In 1995, a widow claimed that her husband was D.B. Cooper, as he admitted it on his deathbed. Her husband Duane Weber of Pensacola, Florida, confessed “I'm Dan Cooper”, before he died. This was not the first of such a claim, but it is the most likely probability of all of them. The now retired FBI agent in charge of the Cooper Case for nearly nine years, Ralph Himmelsbach, has investigated the claim and found it credible [source]. 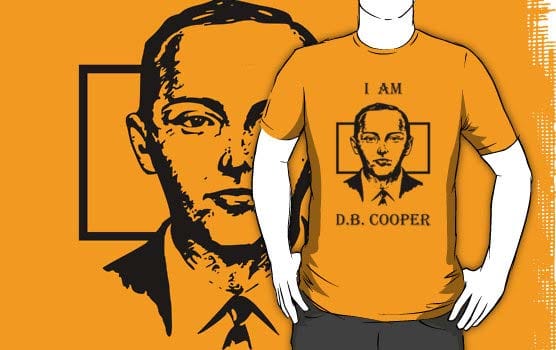 For centuries, and perhaps even from the beginning of evolved human existence we have believed in life after death, surviving to enter heaven, hell or purgatory, or as some believe, doomed to stay on earth in ethereal form, without a physical body, haunting the house they grew up in, or the site they were murdered. While science still cannot determine whether or not ghosts exist, there has been a huge amount of research done in recent years by paranormal investigators. The most common belief among these investigators is that ghosts do exist, either in intelligent spirit form or as more of a “tape recording”, called a residual haunting by those in the field. The Atlantic Paranormal Society, one of the largest paranormal groups in the world also defines poltergeist activity and demonic as types of haunts.

The discussion goes on and on, believers and skeptics, each in its side of the field. That is until someone manages to capture a ghost or soul a la Ghostbuster’s style. Pictures and videos are not irrefutable proof anymore, anywhere. 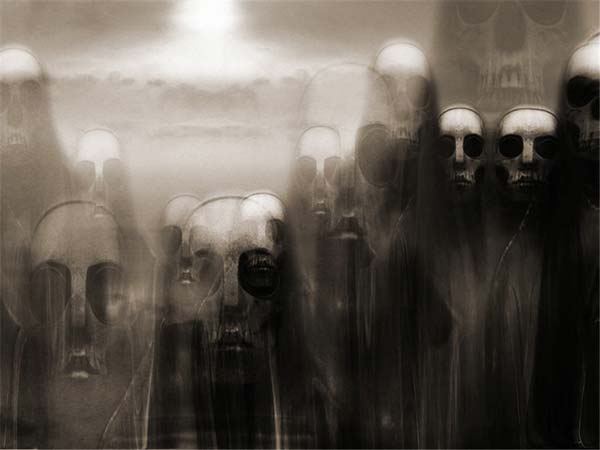 Have Aliens Visited Our Planet?

One of the most popular mysteries, celebrated in books, film and television is the theory of aliens. Whether or not extraterrestrials have visited our planet is a question whose answer is the life's work of some researchers. Since 1947, when an alien spacecraft reportedly crashed near Roswell, New Mexico, aliens have been part of popular culture. However, there are also theories going back thousands of years of spacecraft and alien visitors coming to our planet, including depictions of what looks suspiciously like a flying saucer depicted in many early drawings. The evidence for aliens having visited us is compelling but each person will have to make up their own mind. 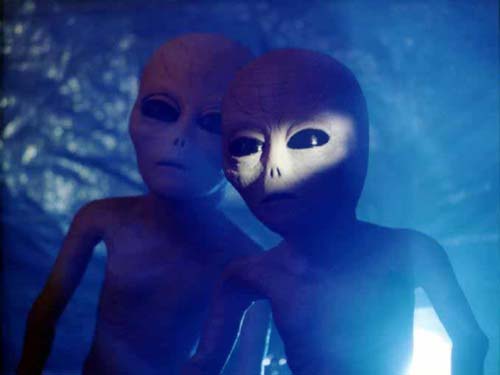 What Happened to The Mary Celeste?

During her maiden voyage, the then Amazon seemed to want to indicate the ship’s “ghostly” pretention when the Amazon’s captain perished during the inaugural voyage. The ship was salvaged by an American company that later renamed her Mary Celeste.

The now infamous Mary Celeste was a merchant ship that was found abandoned in the Atlantic Ocean by another ship, the Dei Gratia, in December 4 of 1872. The ship was not badly damaged and still seaworthy even though the compass was smashed. The marine chronometer and the sextant were missing. Most notably, the Captain Benjamin Briggs, his family and seven more crewmembers were all missing as well,. Despite being a capable and experienced crew the only living soul found onboard was a cat. Stories of meals prepared and on tables, or of a pipe of tobacco smoldering on the foredeck cannot be verified by the accounts of the time but are referred to by many writers afterward, most notably by Sir Arthur Conan Doyle. 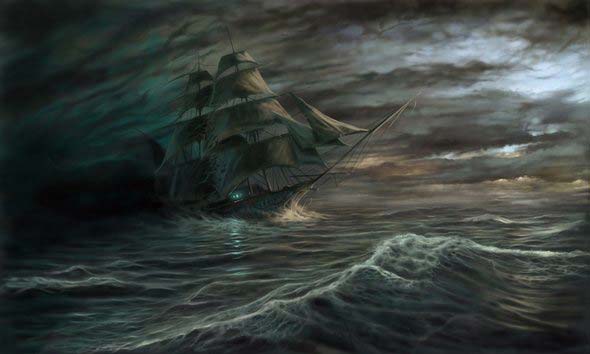 What is the Secret of the Bermuda Triangle?

The Bermuda Triangle is an area in the Atlantic Ocean bordered by Florida, Bermuda and Puerto Rico that is frequently crossed by cargo ships and pleasure cruises, as well as being a heavy air traffic area. Over the years, a huge number of ships and aircraft, large and small have disappeared within the triangle area, the most famous being Flight 19, Star Tiger, Star Ariel and the USS Cyclops. The first reported problem was by Christopher Columbus himself, who said that the compass malfunctioned in the area, and there were bolts of fire falling from the sky [source].

Theories to why this has happened and continues to happen includes everything from pockets of gas, to leftover technology from Atlantis as well as theories of extraterrestrials or an inter-dimensional tear. However, some experts say that the triangle disappearances can be explained by hurricanes, undersea earthquakes, and naturally occurring magnetic fields. Nevertheless, it’s much more interesting to think they were eaten by a gigantic sea turtle, sucked into another dimension or were abducted by aliens, whichever of these you prefer. The mystery goes on. 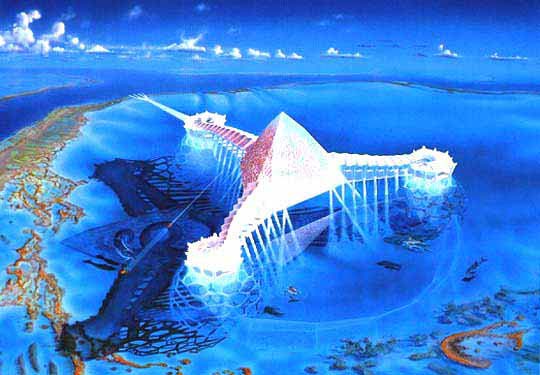 How Are Crop Circles Created?

One of the most puzzling phenomenon that exists in our modern world is the creation of crop circles. If this was an isolated occurrence, one could chalk it up to hoaxers or some weather phenomenon, but the fact is that crop circles happen all the time and all over the world. However, in recent years, out of the 10,000 or so crop circles reported by more than 26 countries, ninety percent of them come from Southern England.

While many crop circles are hoaxes, investigators of the phenomenon have noticed that there is a marked difference in the quality of the crop circle between those that are “legitimate”, or made by unknown sources and those created by human beings. How and who (or what) makes the “legitimate” ones remain a mystery. 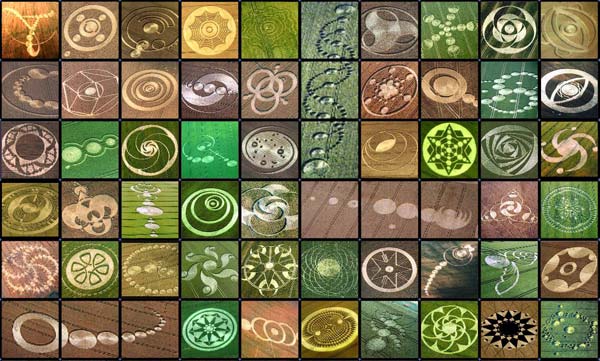 Was Nostradamus a Real Prophet?

Michel de Nostredame or Nostradamus was a sixteenth century purported seer and apothecary (the medieval term for medical practitioner), who wrote down a thousand prophecies, many of which, according to those that believe him, have now come true. His favorite “seering” method was scrying, which involved gazing into a mirror or a bowl of water and waiting for a vision to appear.

One of the most famous is supposed to have referred to the death of Henry II, who died from a jousting accident. The Quatrain, which is how Nostradamus' prophecies were organized, refers to a single battle, where two wounds become one, piercing the eyes through a “golden cage”. While it is true that Henry II was pieced through the eye through a golden jousting helmet, and died of two separate wounds, the part of the quatrain that refers to the older lion being slain by the younger one seems not to be applicable, as both Henry II and his opponent were around the same age. Another famous prophecy that Nostradamus made refers to a fire in London by name in the year '66. In 1666, there was a huge one-and-a-half mile by half a mile fire that destroyed the city. Nostradamus is also said to have predicted the French Revolution and Napoleon, Hitler’s rise to power, World Wars I & II, the death of Princess Diana, the Apollo moon landing, and the September 11 terrorist attacks.

Whether or not you believe in his predictions, Nostradamus left an impressive legacy, after all his writings are still being printed almost half a millennium after being published for the first time. The mystery in Nostradamus writings is whether or not his predictions have anything to do with the paranormal or as many skeptics believe, just a statistical exercise. Considering 500 years of history and a 1000 vague, timeless and open to interpretation writings, it is natural that a few of those predictions will coincide perfectly with a major event every now and then. 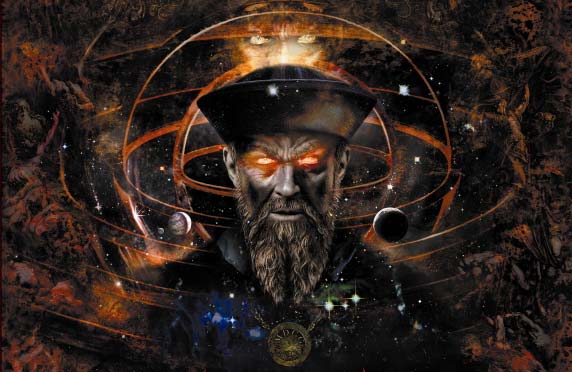 17 votes
Lists not to look at just before bed (14 lists)
list by Jane-ArtLover
Published 9 years, 1 month ago

If I Had Multiple Lives... by Fraterlucis

Full Color Pictures (uploaded by me) by Gaby

Evil Ladies Who Horrified the World by SFG¿mystic

My Photographs by Joseph Grey