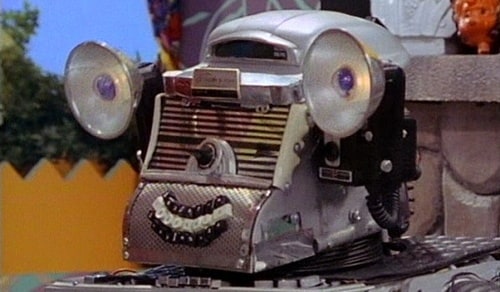 Conky 2000 is a great friend to have, since he’s always ready to assist you. (Well, mostly Pee-Wee, but we can rig him in some way.) He’s not known for his fisticuffs, but it’s entirely possible that part of his makeshift body is equipped with blades and/or explosives. If the secret word is “Run,” opponents would be wise to do just that, or they’ll be screaming where they stand. Of course, if they happen to trip over his cord while running, ripping it from the wall, that would put an end to the fight right quick.

7
The Jetsons (1962)
9. Rosie (The Jetsons)
Special Skill: An array of cleaning supplies/weapons 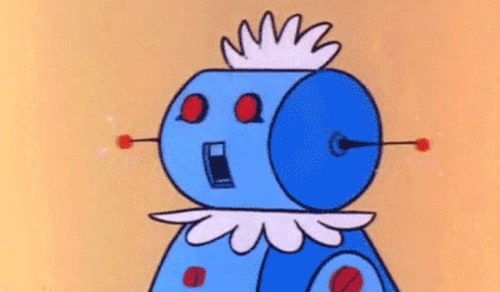 After years of cleaning up after the bumbling George Jetson, his pristine wife Jane, his impish boy Elroy and makeup-heavy Judy – not to mention the house dog Astro – Rosie is probably sick and tired of putting up with people’s shit, so what she may lack in brawn and movement capabilities, she makes up for with robo-drenaline. Watch out for her signature taunt of “I’ll mop the floor with you,” because while her combatant is busy groaning at the terrible joke, that’s when she breaks a mop handle over her head and stabs him or her with it. 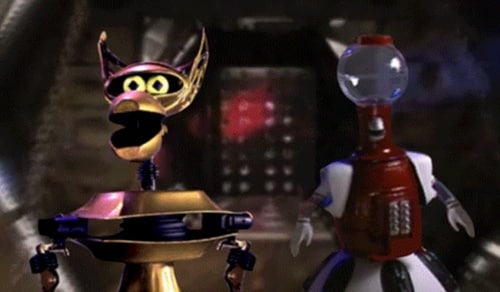 One good sarcastic Mystery Science Theater 3000 robot deserves another, and anyone who fights Crow T. Robot has to fight Tom Servo as well, and vice versa. When it comes right down to it, the only reason these guys aren’t dead last on this list is because there are two of them, and that makes it slightly more difficult for anyone taking them on. Otherwise, all the opponent has to do is not have a sense of humor – something common enough in robots – and then it’s just a matter of crushing both of their fragile bodies. 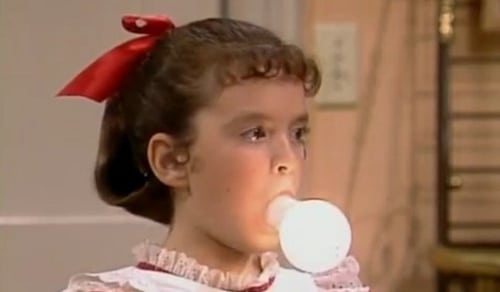 Because Vicki (or Voice Input Child Indenticant) took the form of a 10-year-old girl, she doesn’t look like she’d be much of a hassle to put out of her misery. But it doesn’t take long to realize that she’s an emotionally detached droid who has both the strength and the wherewithal to beat the electrical stuffing out of any challengers. She has a variety of other weird non-robot-like powers like stretching and shrinking, but a fast enough adversary could take advantage of her initially short statue and just wallop the hell out of her before she could use any of them. Being a kid is hard. 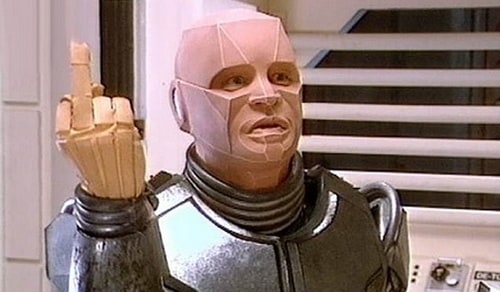 The emotionally ravaged bot on Red Dwarf, Kryten just looks like he was made to get into brawls, with a cubed-out cranium and a jaw more chiseled than David's dong. Even though Kryten is mostly used to do servant-like duties, he is very obedient to humans, particularly his creator Professor Mamet. So the ideal play here would be to have Mamet stand ringside as Kryten’s manager, where she could give him a string of orders like “Pull off all of that other bot’s legs and arms and attachments without hurting yourself,” or just simply “Win this fight!” 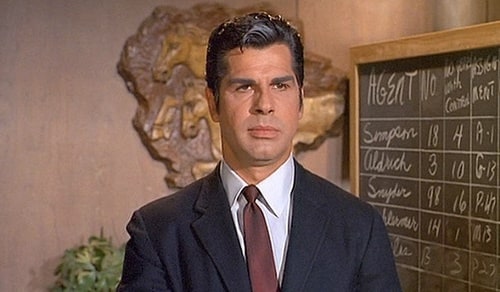 Considering he was created for KAOS before defecting to CONTROL, Get Smart’s Hymie could serve as both a heel and a babyface in the ring, depending on who he’s fighting. (What do you mean that only exists in professional wrestling?) Hymie’s as strong as a robot ox and can take all kinds of damage without showing pain. However, his A.I. is far more artificial than intelligent, and if someone told him to throw in the towel, he would likely exit the ring and head to the bathroom to find a suitable towel to throw. Before stomping someone a new asshole, that is. 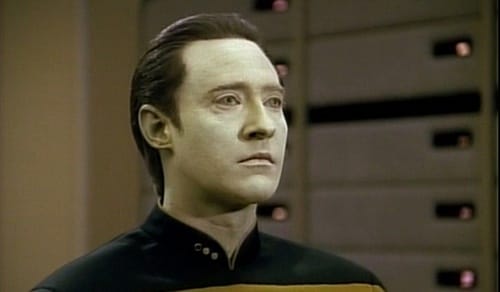 Data is almost entirely human in terms of behavior, brilliance and understanding of self, even if he’s not quite there when it comes to emotions and other finely tuned people skills. So that just means he doesn’t feel regrets when he’s using his e-brains for figuring out ways to use his superhuman strength to beat the crap out of his competitor. In between fights, he can probably just pop in some kind of a program to teach him new fighting methods. (Plus, I bet Data would even sing his own entrance music.) He’ll want to cover up that off-switch on his back though. 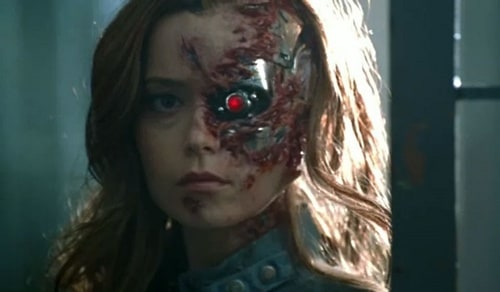 On The Sarah Connor Chronicles, Cameron is revealed to be one of the most realistic Terminators yet, with an ability to tap into human characteristics and acts. Obviously crying and eating aren’t going to help her in a fight, but the threat of someone harming John or Sarah Connor will certainly draw out her more violent side. Considering she likes mimicking humans, she might put herself in a bind if someone dares her to imitate Michael and/or Bruce Buffer in the ring, but if she sees through that distraction, she can easily whoop some ass. 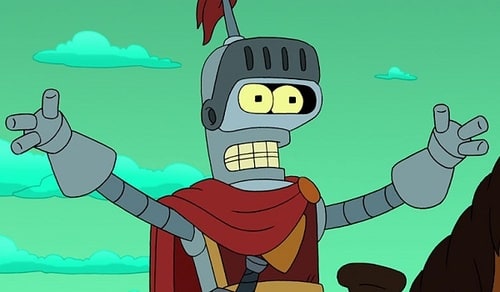 Over the years, Bender has proven himself to be more of a professional asshole than a fighter, but he did have a short stint as the wrestler Gender Bender, so he’s got some experience. As well, all he has to do is open his torso plate and he can find damned near any weapon he wants, which makes him pretty impossible to beat without some planning. He’s pretty susceptible to all manner of boozing, though, which could play into his shiny metal downfall, but then he probably just fights better when he’s shitfaced. Assuming there aren’t any magnets nearby. That’s cheating.
A.M.A's rating: 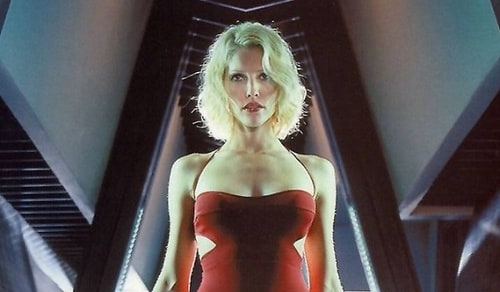 I know what you’re thinking: “Why wasn’t she #6?” While Crow and Tom Servo work as a tag team, Battlestar Galactica’s Number Six basically works as a seemingly neverending line of drop dead gorgeous Cylons. Sure, the individual versions of Number Six are more known for seduction techniques than having out-of-this-world strength and battle-ready skills, but all she has to do is keep coming back in different forms to eventually wear down any and all opponents until they’re smoking piles of fuses and wires. Unless, of course, she’s fighting another version of herself. And if that’s the case, who cares who wins?

The Worst Movie Remakes I've Ever Seen by Venice

Her majesty, Cersei Lannister by spirit.

Popular Retailers Who Defunct Or Changed Names by Dark Warrior

A Slice of America: Mork & Mindy by Onion Jack

10 most impressive commercials made by famous dire by A.M.A