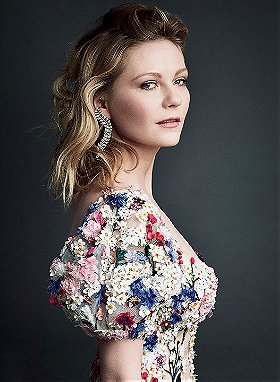 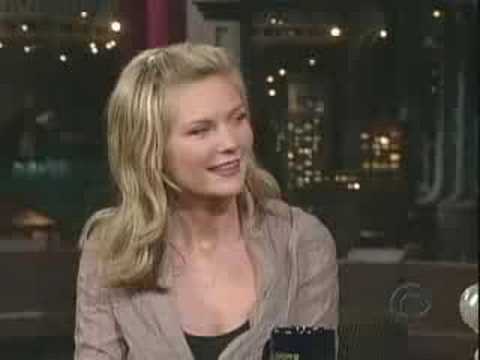 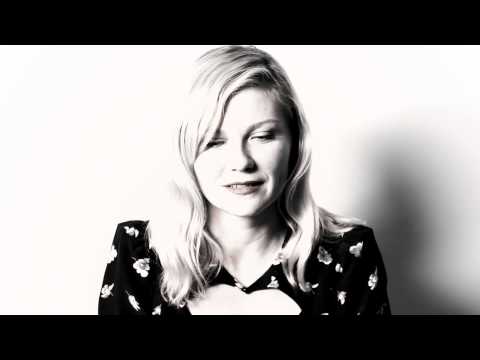 R.E.M. - We All Go Back To Where We Belong (Kirsten Version)

Born in Point Pleasant, NJ, on April 30, 1982, Dunst first appeared in front of a camera at the age of three, when she became a Ford model and commercial actor. She continued to model and do commercials until 1989, when she made her film debut in Woody Allen's New York Stories. Her uncredited role led to a part as Tom Hanks' daughter in the infamously troubled 1990 adaptation of Tom Wolfe's The Bonfire of the Vanities.

Three years later, Dunst got her first big break when director Neil Jordan chose her over 5,000 hopefuls for the role of Claudia, the child vampire in his 1994 adaptation of Anne Rice's Interview with the Vampire. Dunst made a big impact on audiences and critics alike with her portrayal of a woman trapped eternally in the body of an 11-year-old, kissing co-star Brad Pitt, and gorging herself on human and animal blood. That same year, Dunst also appeared alongside Winona Ryder and Susan Sarandon in Gillian Armstrong's adaptation of Little Women; the combined success of these two movies propelled Dunst to the top of the child-actor hierarchy, in terms of both bankability and exposure.

Dunst followed up with a lead role in the Robin Williams action-fantasy Jumanji (1995), and lent her voice to a few animated features, including Disney's Anastasia (1997). She also had a brief but memorable turn as a refugee from a war-torn country in Barry Levinson's highly praised satire Wag the Dog (1997).

1999 marked a turning point in Dunst's career, as she began appearing in films that cast her as a young woman instead of a precocious child. She starred as a small-town beauty queen contestant in the satirical comedy Drop Dead Gorgeous and as one of two teenage girls (the other played by Michelle Williams) who unwittingly uncover the Watergate scandal in Dick, another satirical comedy. Dunst further lived up to her title as one of Teen People's 21 Hottest Stars Under 21 with her leading role as the sexually rebellious Lux in Sofia Coppola's acclaimed adaptation of Jeffrey Eugenides' novel The Virgin Suicides (1999). Her work in the film proved to be a critical breakthrough for Dunst, whom critics praised for her portrayal of the conflicted, headstrong character.

Dunst subsequently did her bit for the high school comedy-romance genre, starring as a cheerleader in Bring It On (2000), and as another teen queen in Get Over It (2001); she also forsake makeup and a hairdresser for her role as the archetypal poor little rich girl in crazy/beautiful (2001), a teen romantic drama.

Subsequently cast as the actress Marion Davies in Peter Bogdanovich's The Cat's Meow, Dunst got her first shot at playing a grown woman. She garnered praise for her work in the period drama, but any notice she received was quickly eclipsed by the maelstrom of publicity surrounding her starring role as Mary Jane Watson, true love of Peter Parker in Sam Raimi's big-budget adaptation of Spider-Man. Playing opposite Tobey Maguire as the web-spinning superhero, Dunst spent a lot of the movie running around as a damsel in distress, but there was nothing distressing about the 110-million dollars the film grossed in its opening weekend, breaking new box-office records and catapulting both Dunst and Maguire into the rarefied realm of full-fledged movie stars. She would stick with the franchise as it became a trilogy, and she became a bigger star than ever before.

Even though Spider-Man gave her a great deal of box-office clout, Dunst would continue to appear in more independent minded films as the years wore on as well. While appearing in films like Mona Lisa Smile and Elizabethtown, Dunst would also earn accolades for appearances in films like Eternal Sunshine of the Spotless Mind, Marie Antoinette, and Melancholia. After spending a couple of years making small appearances in even smaller movies, Dunst resurged in a big way, playing the lead in season 2 of Fargo on FX. Dunst earned raved reviews for her work on the series and spent the next seasons on the awards circuit.

3. Interview with the Vampire: The Vampire Chronicles (1994)

victoriaeliana added this to a list 22 hours, 26 minutes ago
woman with vail (31 person items)

victoriaeliana added this to a list 22 hours, 44 minutes ago
shows your wardrobe! (34 person items)

victoriaeliana added this to a list 22 hours, 47 minutes ago
STRIKE A POSE (39 person items)

victoriaeliana added this to a list 22 hours, 54 minutes ago
B&W (41 person items)

victoriaeliana voted for 13 images [View All] 23 hours, 4 minutes ago

Look Left voted for an image 2 days, 23 hours ago

Chris Davies voted for 8 images [View All] 3 weeks, 5 days ago

greenarrow voted for an image 4 weeks ago

looksharp voted for 37 images [View All] 1 month ago

Marek voted for an image 1 month ago

Kyle Ellis voted for an image 1 month, 2 weeks ago

victoriaeliana added this to a list 1 month, 3 weeks ago
Jeans inspiration (13 person items)

yup added this to a list 1 month, 3 weeks ago
The Beautiful Landscape of America (913 person items)

Smtx.mw voted for an image 1 month, 4 weeks ago

deco2 voted for an image 1 month, 4 weeks ago

Smtx.mw voted for an image 2 months ago

L90 added this to a list 2 months, 1 week ago
Different Kinds of Beauty (730 person items)