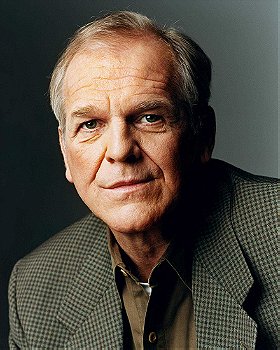 Before he was known to television audiences, John was well-known in New York for his brilliant stage performances throughout the 70s and 80s.

As a child, he won several 4H awards for the tomatoes he grew. He was an avid gardener. He also collected art & antiques, and was involved in both the New York and L.A. AIDSWalk, which benefits local clinics and AIDS patients.

Attended the Professional Children's School in New York City as a teen. Among the other students at the time was Liza Minnelli.

Received excellent stage reviews and a Drama League Award for his vivid reincarnation of the late Dan White, the assassin of San Francisco Mayor George Moscone and Councilman Harvey Milk, in "Execution of Justice" in 1986. Earlier, he won an Obie Award for his portrayal of a returning Vietnam vet in the off-Broadway play "Still Life" in 1981.

Toured with the legendary Gloria Swanson playing her blind son in a stage production of "Butterflies Are Free" in 1970.

Art sadly imitated life for John in the end. His "The West Wing" (1999) TV character, Chief of Staff Leo McGarry, had a history of alcoholism and suffered a heart attack. John, who was himself a recovered alcoholic (since 1989), died of a heart attack four days before his 59th birthday in December of 2005.

An only child of a working-class family (his father was a truck driver who never finished grammar school and his mother was an occasional waitress), both of his grandfathers were alcoholics.

He never married or had children.

1. For Love of Liberty: The Story of America's Black Patriots

1. The "Star" Family Walks: The Peak District and South Yorkshire - A Year of Weekend Rambles (Cicerone

2. The Encyclopedia of the World's Greatest Unsolved Mysteries

1. The "Star" Family Walks: The Peak District and South Yorkshire - A Year of Weekend Rambles (Cicerone

2. The Encyclopedia of the World's Greatest Unsolved Mysteries

Agent Kermit D. Fonz added this to a list 2 months ago
Gone, but not forgotten (1495 person items)

Leo added this to a list 5 years, 9 months ago