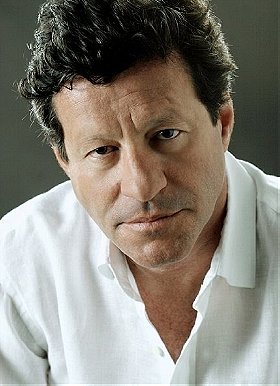 De Almeida has appeared in over 40 feature films in Europe and the United States and has worked with some of the world‘s most distinguished actors and directors.

De Almeida made his American film debut in The Soldier and went on to appear opposite Richard Gere and Michael Caine in Beyond the Limit. He starred in Norman Jewison‘s Only You with Marisa Tomei and Robert Downey Jr., and in Clear and Present Danger opposite Harrison Ford. Most recently, De Almeida stars opposite Charlize Theron and Kim Basinger in The Burning Plain, Steven Soderbergh‘s Guerilla, the independent feature La Cucina, Antonio Cuadri‘s The Heart of the Earth, and The Death and Life of Bobby Z" opposite Laurence Fishburne and Paul Walker. Other notable films include Robert Rodriquez‘s Desperado with Antonio Banderas and Salma Hayek, John Moore‘s Behind Enemy Lines opposite Gene Hackman, and Sostiene Periera opposite Marcello Mastroianni. De Almeida also starred with Daryl Hannah and Denise Richards in Luna‘s Yo Puta (The Whore) which was one of many European film productions in which he stars.

Among De Almeida‘s many television credits are recurring roles on NBC‘s The West Wing and a season arc on 24 with Keifer Sutherland. He also recurred on Kingpin and Falcone.

De Almeida has appeared in theatre throughout the United States and Europe. American stage work includes the Kennedy Center production of The Count of Monte Cristo directed by Peter Sellars, as well as productions by the Lee Strasberg Institute and the New York Shakespeare Festival.

De Almeida divides his time between his homes in Lisbon and Los Angeles. A master of languages and dialects, he is fluent in English, French, Spanish, German, Italian, and of course, Portuguese. He is one of eight children and the only child not involved with running his family‘s pharmaceutical business. ... (more) (less)
Tags: Portuguese (1), Sherlock Holmes (1), 24 (1), Portugese (1), Born 1957 (1)
My tags:

L90 added this to a list 3 years, 4 months ago
Portuguese Celebrities (476 person items)