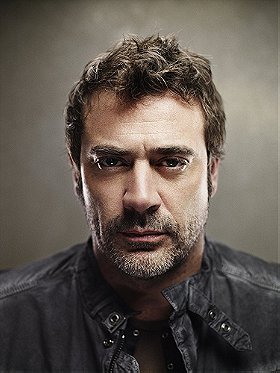 Morgan starred in Warner Bros.' Watchmen (2009), director Zack Snyder's (300 (2006)) adaptation of the iconic graphic novel. He played the pivotal role of "The Comedian", a Vietnam vet who is a member of a group of heroes called "the Minutemen". He next appeared in producer Joel Silver's The Losers (2010), for Warner Bros. It is an adaptation of DC-Vertigo's acclaimed comic book series about a band of black ops commandos who are set up to be killed by their own government. The team barely survives and sets out to get even. James Vanderbilt adapted the screenplay, and Sylvain White directed. He appeared in Focus Features' Taking Woodstock (2009), directed by Oscar-winning director Ang Lee. He also starred opposite Uma Thurman in Yari Film Group's romantic comedy, The Accidental Husband (2008). Additional feature credits include a cameo role opposite Rachel Weisz in Warner Bros.' comedy, Fred Claus (2007), and the independent office comedy, Kabluey (2007), in which he played a charismatic yet smarmy co-worker to Lisa Kudrow's character.

In 2011, the in-demand actor starred in the independent murder mystery, Texas Killing Fields (2011). In the film, based on a true story, Morgan plays a detective transplanted from New York who teams with a local investigator (Sam Worthington) to work on a series of unsolved murders in industrial wastelands surrounding Gulf Coast refineries, where as many as 70 bodies turned up over the past two decades. Together, they wage a war against the unknown assailants. Michael Mann produced the film, while his daughter, Ami Canaan Mann, directed. The actor traveled to Thailand, where he filmed the Weinstein Company's period drama, Shanghai (2010), under the direction of Mikael Håfström (1408 (2007)). John Cusack stars as an American who returns to a corrupt, Japanese-occupied Shanghai four months prior to Pearl Harbor and learns that his friend "Connor" (Morgan) has been killed. While trying to solve the murder, he discovers a much larger secret that his own government is hiding. In addition, Morgan has a role in Michael London's Groundswell Productions' All Good Things (2010), starring Kirsten Dunst and Ryan Gosling, also for The Weinstein Co.

He also stars opposite two-time Academy Award winner Hilary Swank in the suspense thriller, The Resident (2011), for Hammer Films. It is the story of a young doctor (Swank) who moves into a Brooklyn loft and becomes suspicious that she is not alone. Morgan plays "Max", her charming new landlord who she discovers has developed a dangerous obsession with her. Morgan previously co-starred with Swank in Warner Bros.' P.S. I Love You (2007).

Morgan also appeared in the MGM/UA reboot of the 1984 action movie, Red Dawn (2012). The plot focuses on a group of teenagers who form an insurgency, called "the Wolverines", when their town is invaded by Cuban and Russian soldiers. Morgan plays the role of "Lieutenant Andrew Tanner", leader of the U.S. Special Forces who finds the Wolverines.

Morgan was born in Seattle, Washington, to Sandy Thomas and Richard Dean Morgan. In his spare time, Morgan enjoys barbecuing on the grill, reading, watching movies and listening to his favorite band, The Eagles. He also loves to root for his home team, the Seattle Seahawks. He resides in Los Angeles with his dogs, Bisou and Bandit Mogan, a puppy he rescued in Puerto Rico while filming The Losers (2010) ... (more) (less)
Tags: Actor (1), Born 1966 (1), The Walking Dead (1)
My tags:

Rachel added this to a list 3 years, 8 months ago
Sexiest Men (650 person items)

Leelaah posted a image 6 years ago