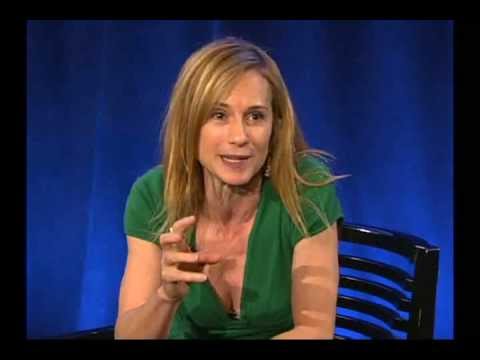 An Evening with Holly Hunter 2/3 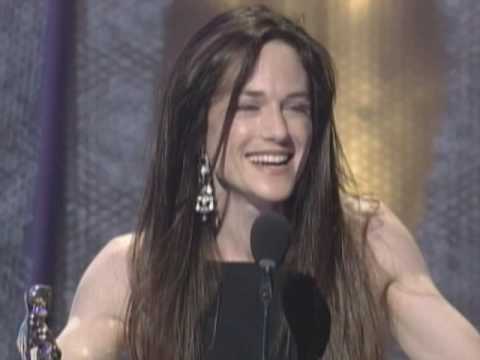 Holly Hunter winning an Oscar® for "The Piano" 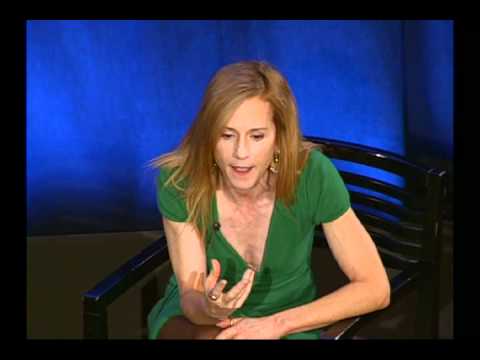 An Evening with Holly Hunter 3/3

Meanwhile, Hunter had made her onscreen debut in the 1981 horror flick The Burning, a film remarkable both for its high schlock quotient and its casting of a similarly obscure young actor named Jason Alexander. After moving to Los Angeles in 1982, Hunter appeared in some made-for-TV movies before being cast in a supporting role in 1984's Swing Shift. The same year, she had her first collaboration with Ethan Coen and Joel Coen in Blood Simple, making something of a limited appearance as a voice on an answering machine recording. More obscure film and television work followed until 1987, when thanks to a starring role in the Coens' Raising Arizona and her Academy Award-nominated turn in Broadcast News, Hunter finally got her share of the limelight. The praise she received led to more acclaimed work in 1989; the actress won raves for her parts in three different films: the screen adaptation of Henley's Miss Firecracker; Steven Spielberg's Always, a romantic drama with Richard Dreyfuss; and the made-for-TV docudrama Roe vs. Wade.

Following her second collaboration with Dreyfuss in Once Around (1991), Hunter once again garnered a wealth of critical appreciation for her work in three 1993 films, two of which resulted in her being nominated for Academy Awards as both Best Supporting Actress and Best Actress in that same year. Hunter's performance in The Firm won her a nomination for the former and her portrayal of a mute Scottish woman entangled in a treacherous affair with Harvey Keitel in Jane Campion's The Piano won her the latter. Unfortunately, over the next couple of years, Hunter found herself starring in vehicles that ranged from underrated to dreadful, with Home for the Holidays (1995) at one end of the spectrum and the thriller Copycat (also 1995) at the other. Her work in David Cronenberg's Crash (1996) did win her strong notices, but it was swallowed by the controversies surrounding the film, and her appearance as a sardonic angel in A Life Less Ordinary suffered a similar fate. However, the actress rebounded the following year with her portrayal of a recently divorced New Yorker in Richard LaGravenese's Living Out Loud. Starring alongside Danny DeVito, Queen Latifah, and Martin Donovan, Hunter won overwhelmingly positive reviews for her performance, convincing critics and audiences alike that she was back in the saddle again. Hunter rounded out the 1990s with a minor role in the indie drama Jesus' Son and as a housekeeper torn between a grieving widower and his son in Kiefer Sutherland's little-seen character-driven drama Woman Wanted (1999).

Hailing in the new millennium with a memorable performance in the Coen Brothers O Brother, Where Art Thou? (2000), the talented actress took top billing in the same year's television production Harlan County War, a powerful account of labor struggles among Kentucky coal-mine workers. Hunter would continue her small screen streak with a role in When Billy Beat Bobby and as narrator of Eco Challenge New Zealand before returning to film work with a minor role in the 2002 drama Moonlight Mile. The following year found Hunter drawing favorable reviews for her role in the otherwise critically maligned redemption drama Levity.

In 2004 she voiced the mom of the superhero family The Incredibles. She had a well-respected run on the small-screen as the star of Saving Grace, a drama about an ethically challenged cop who has a very unconventional guardian angel watching over her. In 2012 she returned to the silver screen with a crucial role in Diablo Cody's directorial debut Lamb of God.

Sparky The Barbarian voted for an image 4 months, 1 week ago

Look Left voted for an image 7 months, 2 weeks ago

SomeBloke voted for an image 10 months, 1 week ago

Totoro added this to a list 10 months, 2 weeks ago

Psycho-Pirate added this to a list 1 year, 6 months ago
Ladies of the DCEU Ranked (22 person items)

QUESTMAKER posted a image 2 years ago

skipperbrian voted for an image 2 years, 2 months ago

yellowhair voted for an image 2 years, 5 months ago

Oliver voted for an image 2 years, 10 months ago

TrekMedic added this to a list 3 years, 1 month ago
Stars on Hollywood Blvd (57 person items)

Magdalena added this to a list 3 years, 4 months ago
Actresses (older) (553 person items)

DuckNation posted a image 5 years ago