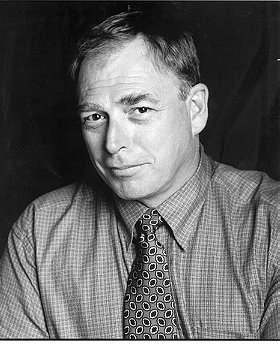 Chalk was born in Southampton, Hampshire, England and moved with his family to Vancouver, Canada on 17 June 1957. He has been involved with professional theatre since 1978, and has performed at the Vancouver Playhouse Theatre Company (VPTC), the Arts Club Theatre Company (ACTC), The Vancouver Theatresports League and numerous theatres in British Columbia, Ontario and Alberta. The last live stage production he did was A Funny Thing Happened on the Way to the Forum, where he played Miles Gloriosus. He also performed in Henry IV and As You Like It at the VPTC, as well as Dracula and Passion at the ACTC.

Most of his career has been in film and television; he had a recurring role on Cold Squad for four years, for which he won Gemini Awards in two consecutive years, and until the close of its ninth season had a recurring role on the science-fiction series Stargate SG-1. He is also a veteran of over 1,500 animated productions including Class of the Titans, and the 2002 remake of He-Man and the Masters of the Universe. He is also known for his voice work in the Transformers franchise as the voice of Optimus Primal in Beast Wars and Beast Machines, and as Optimus Prime in the Unicron Trilogy. He also voiced the original Megatron in an episode of Beast Wars.

In the 2000s, he has appeared occasionally in the Sci-Fi Channel shows Eureka, as Col. Briggs and Painkiller Jane, as Ruben Hennessey. ... (more) (less)
My tags: